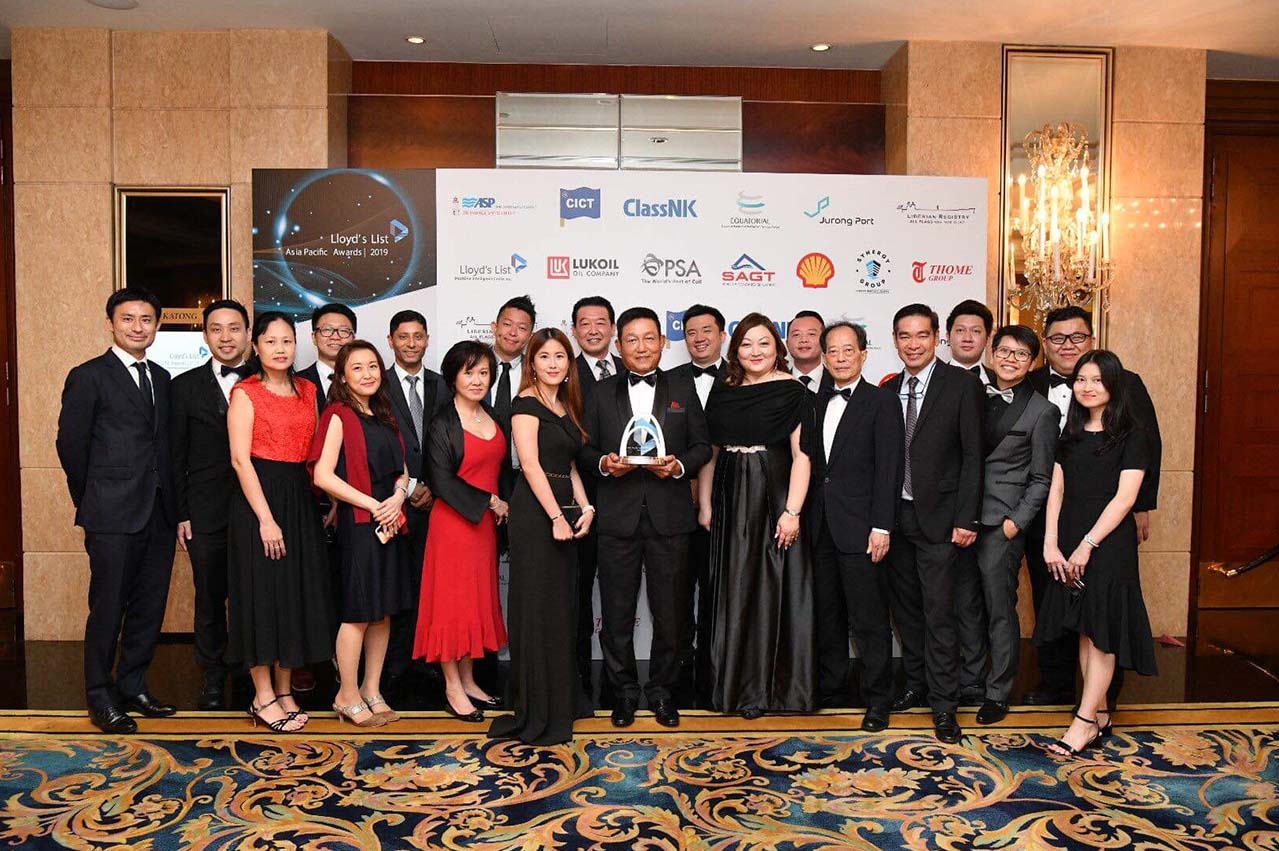 The awards ceremony was established in 1998 to recognise individuals and organisations for their exemplary performance and innovative contributions to the maritime industry.

The Bunker Supply category assessed the company’s commitment to quality standards, quantity assurance and customer satisfaction, with a focus on product innovation and respect for the environment.

“We are honoured to win the ‘Excellence in Bunker Supply’ award and are very encouraged to be acknowledged amongst a stellar list of companies from the Asia Pacific region,” said Ju Kai Meng, Managing Director of Sinanju.

“We owe this success to the excellent partnership with our longstanding clients and key maritime stakeholders. It is also an affirmation of the steadfast commitment of my staff and crew to carry out every bunker operation with utmost integrity, reliability and safety. This award goes to everyone who have contributed to this achievement.”

Besides being a forerunner in the implementation of single and dual mass flow meters onboard its bunker tankers, Sinanju is pioneering the use of liquefied natural gas (LNG) in the bunkering sector.

Sinanju also announced earlier this year that it had entered into a shipmanagement collaboration to operate Singapore’s largest LNG bunkering vessel for ship-to-ship LNG bunker deliveries, when the newbuild is delivered in 2021.

The independent panel of judges formed from the echelon of the Asia Pacific maritime community shared, “Sinanju has continued to build a strong reputation for reliability and safety, impressing the judges with solid growth over the past 12 months, but it was the company’s commitment to invest in innovation that stood out this year. The landmark launch of Singapore’s first bunker tanker to run on LNG marked an exciting beginning, not just for Sinanju, but for the wider bunkering sector in Singapore.”

To write off amount owned by four counterparties due to ‘improperly accounted’ transactions.

Firm is developing a proof-of-concept ship agency module for bunkering on behalf of a world-class client; secured firm agreements to develop lighter boat scheduling, and more.