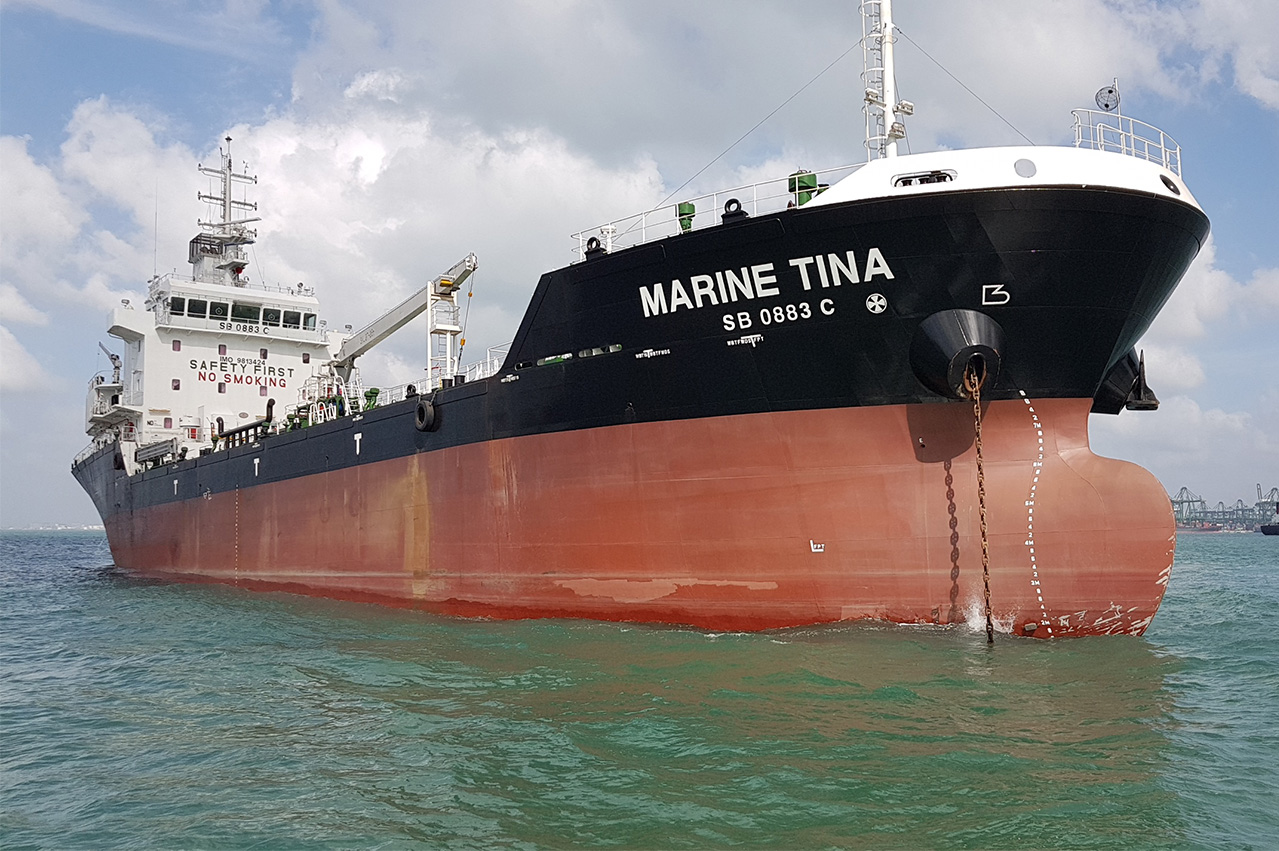 Sinanju currently operates a fleet of 13 modern double hulled bunker tankers – twelve in Singapore and one in Fujairah.

The latest 6,500 dwt Marine Tina joins Marine Queenie, Marine Rose, Marine Selena and Marine Unique which were delivered over a span of the past six months, in a fleet expansion exercise to meet the growing needs for fuel by ships bunkering in Singapore.

Marine Tina will be deployed in Singapore waters to carrying out bunkering of marine fuel oil.

As it is mandatory for new bunker tankers (that deliver MFO) in Singapore to be installed with a mass flow meter (MFM)system, Marine Tina will undergo the necessary MFM system commissioning and acceptance tests.

The test data will then be sent on to the National Metrology Centre for analysis before the vessel obtains operational approval from the Maritime and Port Authority of Singapore.

“Singapore’s status as the world’s largest bunkering hub was boosted in 2017 with a 4.1% year-on-year growth in bunker sales,” said Desmond Chong, General Manager of Sinanju.

“We are building up international trust in the mass flow metering system and its supporting infrastructure, such as the TR48:2015.

“My team has been exceptionally busy executing our fleet expansion programme this past 6 months, but thanks to the excellent collaborative efforts rendered by our partners, such as Endress+Hauser and Metcore International, our newbuilds are geared up to extend Singapore’s prominence in the bunkering industry and support global trade growth.”

Marine fuel emulsification firm needs to raise up to £2.16 million in offer before 31 January 2019 deadline.

IBIA commences voting process for its Board Elections 2021

Election results will be announced during AGM at the end of February 2021 and newly elected board members will take up their positions in April.

Vessels to remain at the facility after completion of second phase project by mid-May next year, says CHEC spokesman.

‘The renewal [...] been a success in difficult market conditions, underlying the strong vote of confidence coming from our banking partners,’ said CFO.