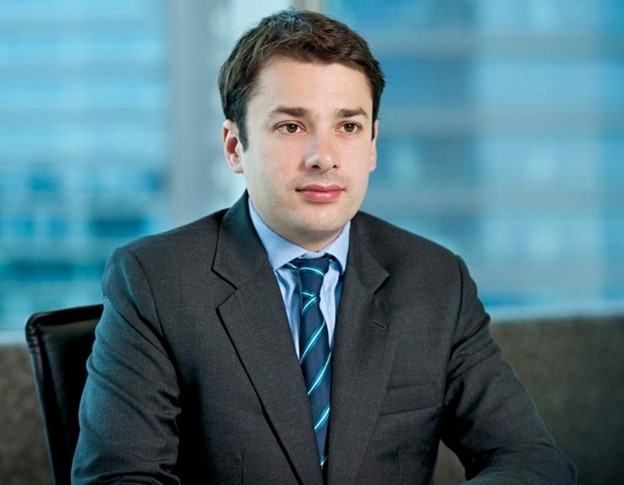 The following interview with Paul Collier, Legal Director, Clyde & Co is part of coverage for the upcoming Singapore International Bunkering Conference and Exhibition (SIBCON) 2022, where Manifold Times is an official media partner.

MT: How have bunker contamination cases at Singapore changed the legal landscape?

Bunker contaminations affecting multiple vessels are not uncommon, and much like the 2018 “Houston” contamination cases, and those originating from the US Gulf Coast in 2013 and 2007, the 2022 Singapore cases have renewed focus on whether basic ISO 8217 tests carried out on bunker samples are sufficient to identify off-specification bunkers. The underlying difficulty is that basic ISO 8217 tests carried out on bunker samples may not be capable of identifying all possible contaminants which could potentially risk causing damage to vessel engines. However, against this, there may be difficulties with parties carrying out more advanced testing (including GC/MS analysis) on bunker samples before their consumption, due to cost and time restraints, meaning that bunker fuel may be consumed before it has been identified as being off-specification. This has caused a significant number of cases of engine damage.

Bunker contamination cases have therefore raised a question as to whether fuel may be off-specification under clause 5 of ISO 8217, even if the fuel has been identified as being in compliance with ISO 8217 Table 1 or 2 parameters. In this regard, clause 5 of ISO 8217:2017 offers some protection to buyers, in that it provides that “the fuel shall be free from any material at a concentration that causes the fuel to be unacceptable for use” and “is not at a concentration that is harmful to personnel, jeopardises the safety of the ship, or adversely affects the performance of the machinery”, and buyers have relied on this to advance quality claims against bunker suppliers where tests have identified contaminants which do not form part of the Table 1 and Table 2 tests.

One interesting question will be how the ISO standards develop to deal with recent bunker contamination cases, and whether further parameters will be added to Table 1 and 2. However, it may not be straightforward for consensus to be reached as to the content of new ISO 8217 standards, given that there is a lack of technical consensus as to when the level of some compounds become “unsafe”, in circumstances where bunker supplies are non-standardised and typically contain hydrocarbons from several points of origin.

MT: What are the key factors determining legal success of a plaintiff and defendant in a marine fuel quality / bunker contamination suit? Are there any simple operational steps players can include to protect themselves?

In general, the most important factor affecting the legal outcome in off-specification bunker claims is the quality of the evidence. If a party has good evidence supporting their position, then this significantly increases their prospect of success in any legal proceedings. In addition, good evidence will improve their settlement prospects (which may also increase the chance of a claim being settled at an early stage).

For this reason, it is worth all parties involved with a bunker supply collating and retaining evidence which could support their position.

The most important evidence is the collection of samples, with it being widely accepted that the most accurate samples are taken by drip sample at the receiving vessel’s manifold (ideally, witnessed by surveyor). However, parties should also consider whether they can retain any other contemporaneous evidence that supports their position. In the case of vessel owners, it is worth the Master and the crew ensuring that good records of engine maintenance and fuel management are kept, to assist in responding to any argument that engine damage was caused by another bunker stem or by poor management of the vessel’s engines.

MT: What is the first action a shipowner / bunker supplier / bunker trader should take when finding out contaminated bunker fuel has been involved in their delivery operation?

The first step that parties should take where there are suspected bunker contamination cases is to arrange for tests to be carried out on the fuel supplied. Whilst test results are awaited, the fuel should not be consumed, to avoid the risk of engine damage taking place in the interim. In addition, any bunker supplies which may be suspected as being off-specification should be kept segregated from other fuel.

If the test results are off-specification, the parties will then need to consider whether the fuel can be safely consumed or not, and whether any other steps need to be taken to mitigate their position. In this circumstance, parties should obtain both technical and legal advice on how to proceed.

MT: Alternative fuels such as methanol, biofuels, LNG, ammonia, hydrogen are expected to be within the marine fuels mix moving into IMO 2030/2050. Do you think current ISO 8217 standards need to be further developed to cover acceptable parameters for use of these material as bunker fuels? If not, what potential issues may arise when trading these materials with current ISO 8217 specs?

The ISO 8217 standards are primarily intended to be used for petroleum products, and additional standards will need to be developed to cover the full range of alternative fuels which are likely to be subject to increasing use by vessels. Whilst there are some standards in place for some alternative fuels, including ISO 23306 for LNG, further development of standards is needed, particularly in relation to “new” technologies such as hydrogen.

Parties should carefully consider whether it is appropriate to trade alternative fuels using ISO 8217, given that it is primarily intended to be used for petroleum products, and consider whether express reference should also be made to other standards (for example, EN14214 / ASTM D6751 in relation to biodiesel). If inappropriate specifications are used in a bunker supply contract, this will likely complicate the legal position and make it more difficult for buyers to contend that fuel supplied is off-specification.

MT: Biofuels, a popular option, seem to be the easiest route for shipowners to meet the IMO 2030 target. What are the contractual differences between a VLSFO and biofuel bunker contract and are there any specific clauses buyers and suppliers of biofuel bunkers should include to protect themselves during operations?

There are some important differences between VLSFO and biofuels, and as a result, parties should consider whether additional changes should be made to biofuel bunker contracts.

As a starting point, if buyers are seeking to use biofuels as a “green” energy source, the buyers may wish to consider pressing for sustainability warranties to be included in the contract. In this regard, there are concerns that the production of biofuels may have a negative impact on food security or have been produced by otherwise clearing lands beneficial to the environment. If this is a concern to the buyers, they may wish to place the supplier under contractual obligations to provide sustainable biofuels.

In addition, parties should consider the provisions regarding both the specifications and testing requirements, given the differences between VLSFO and biofuels. For example, parties may wish to consider whether joint testing should take place at a laboratory specifically accredited for testing biofuels.

Given that biofuels deteriorate faster than traditional hydrocarbon fuels, the supplier may also wish to press for short time bars and an exclusion of liability for any damage suffered by the vessel engines if the fuel is not promptly consumed.

A list of other interviews conducted by Singapore bunkering publication Manifold Times on occasion of SIBCON 2022 are as follows:

Group has ‘purposely trimmed down marine fuel business’ after taking into account risk factors, it states.

Entire team of Independent Non-executive Directors at the company has been replaced with effect from 17 December 2021, according to statement.