SAMSA: Bunkering services back in business in Algoa Bay as oil spill saga comes to an end 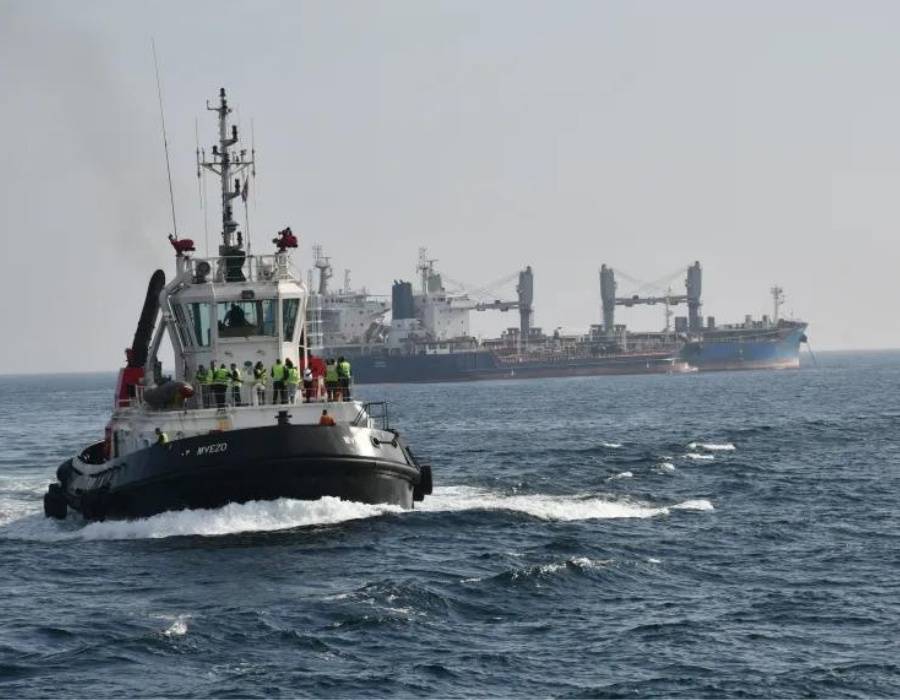 The following is an announcement on Tuesday (14 June) published on the South African Maritime Safety Authority website informing the clean up of an oil spill incident on South Africa’s eastern seaboard has formally concluded and bunkering services have resumed.

The clean up of an oil spill recently in Algoa Bay on South Africa’s eastern (Indian Ocean) seaboard has formally been concluded, with bunkering services (ship-to-ship fuel transfers) back in business, authorities responsible for the incident management – among them being the South African Maritime Safety Authority (SAMSA) – announced in Pretoria on Monday.

“The oil spill clean-up in Algoa Bay has concluded and the incident has been closed and response and monitoring will return to normal status,” read a statement issued jointly by SAMSA, the Department of Fisheries, Forestry and Environment (DFFE) and Transnet National Ports Authority (TNPA).

This came almost a week after the lifting of a suspension imposed on bunkering services in the ocean space area following an incident of an oil spill between two vessels belonging to the same bunkering services company while transferring oil between them on Monday, 23 May 2022.

Meanwhile, they said: “The conclusion (of the clean-up) follows days of monitoring of the St Croix Island group by the SANPARKS rangers following an oil spill on Monday, 23 May 2022. The last monitoring exercise was done on Thursday, 09 June 2022 and there were no oiled birds reported. The beaches that form part of the Addo Marine Reserve have also been inspected with no reports of oil or oiled wildlife.

“Both vessels have been cleaned and returned to service. A debrief has been concluded with the responders to assess how the response can be improved in the future. An investigation into the course of the spillage is ongoing by the Authorities.”

Expressions of Interest are to be lodged with PricewaterhouseCoopers Advisory Services Pte. Ltd. by 15 October 2020, reads the notice seen by Manifold Times.