Research centre: Thorium could be the most feasible alternative future fuel for ships 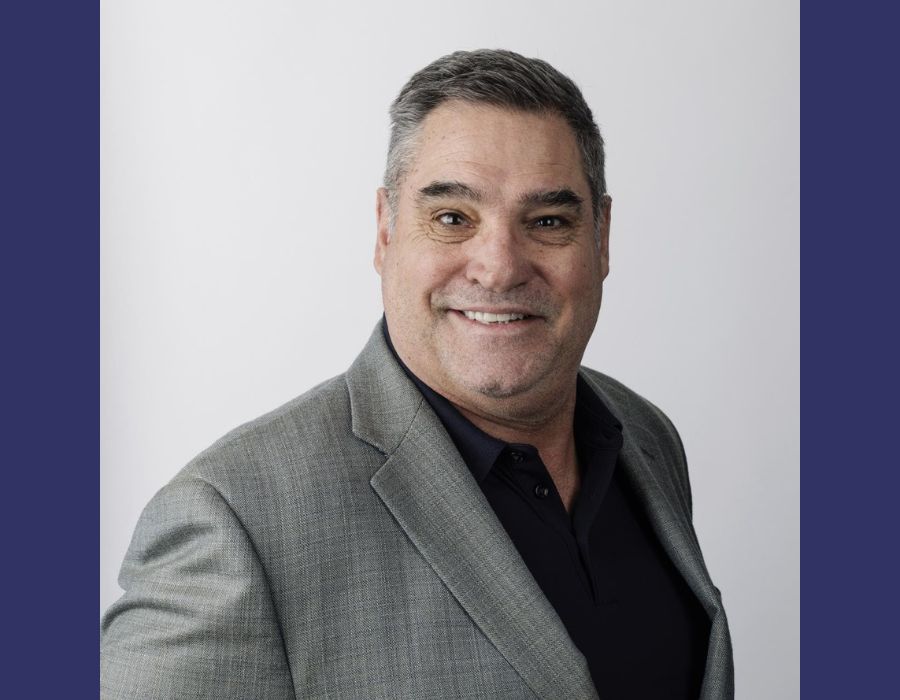 The following is an article written by the Institute for Energy Technology, on Wednesday (17 August) elaborating on the potential for thorium, a source of nuclear power, as an alternative fuel for ships to propel shipping towards a zero emission future:

Has the industry been blinkered in its search for alternative fuels capable of enabling a deep sea zero emissions revolution? Is there a proven, ‘silver bullet solution’ waiting to be explored, right now? Robert McDonald, Principal Engineer, Institute for Energy Technology (IFE), says it’s time to shine the spotlight on the unique potential of Thorium and Small Modular Reactors.

Have you heard about Thorium? This abundant, naturally occurring metal is a clean, efficient fuel with extraordinary energy density. In fact, one ton of it produces the same energy as 3.5million tons of coal.

Its byproducts are significantly safer than Uranium (Plutonium is not produced under fission) and, with shorter half-lives, degrade far faster. It does not need to be enriched and is not challenging to access. It is also a completely zero emission fuel.

So, why isn’t it being considered as an alternative fuel to power shipping towards a zero emission horizon?

“Well, now it is… and that’s hugely exciting,” retorts Robert McDonald, a process expert in nuclear power at Norway’s IFE.

It is, McDonald says, “a fantastic idea” with what he deems to be “possibly one of, if not the, most feasible alternative future fuels for maritime”.

He adds: “This is a conversation we need to have. Industry, and society, need to talk about Thorium.”

McDonald has been working with nuclear power since 1985 and with IFE for the last eight years. The Norwegian organization is a frontrunner in international energy research, with over 650 expert employees. Operating as a not-for-profit, IFE is funded through a combination of government grants and commercial contracts, working to support industry, society and a broad range of stakeholders in the investigation and development of more energy efficient processes, renewable energy solutions, future-orientated energy systems, and much more. 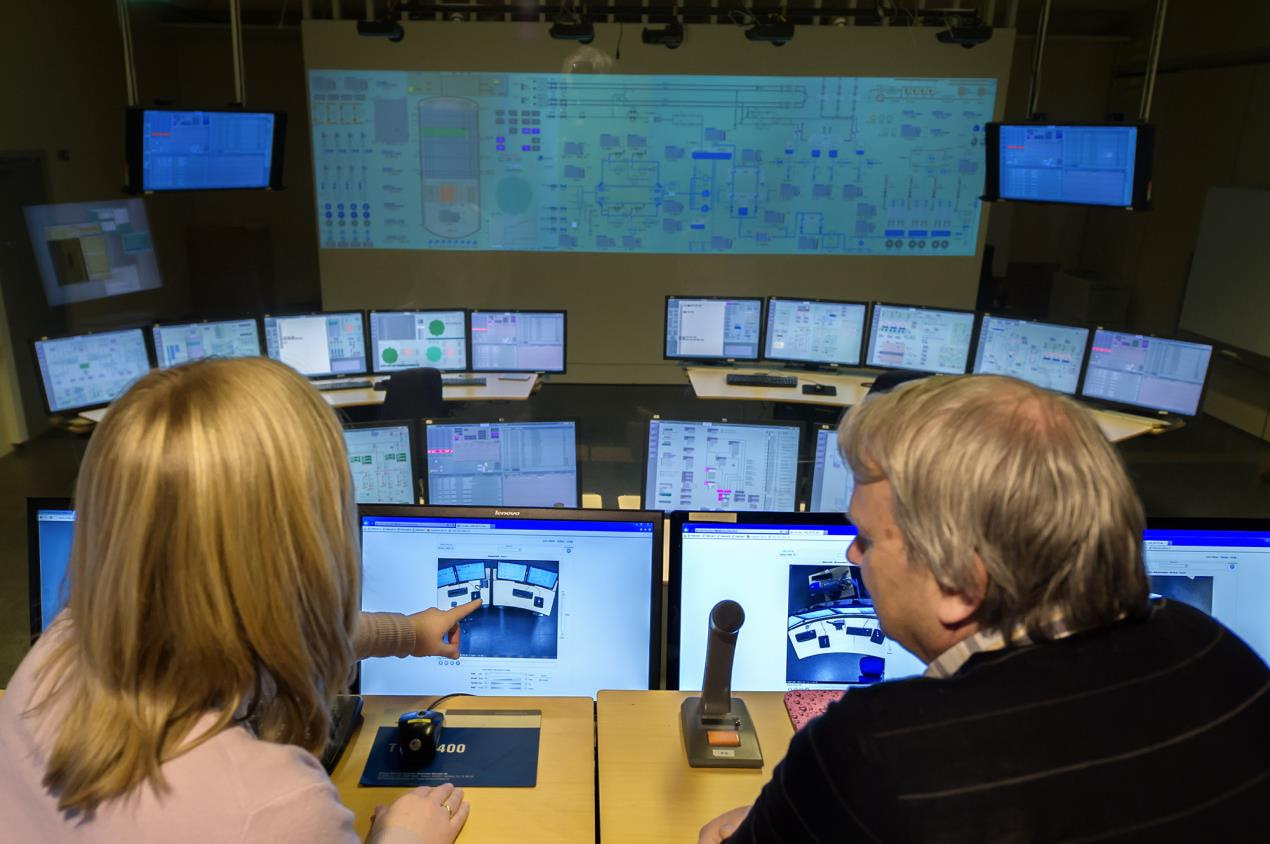 McDonald’s focus is on assisting researchers, developing scenarios, running simulations and generally utilizing his huge practical experience to help unlock new innovation and understanding. For the last few years, Small Modular Reactors – of the same sort Ulstein aims to deploy in its new shipping ‘superhero’, THOR – have been a key area of interest.

“A Small Modular Reactor is a nuclear reactor with a power output of 10-300 MWe,” he explains. “They are efficient, easy to install – typically built in factories with the last 10% assembled on site – easily scalable, safe (with very few moving parts and almost zero maintenance) and, unlike other renewables, only require a very small footprint.

“At the moment there are over 70 small and micro designs under development, with typical uses for applications such as district heating, desalination, general electricity generation and hydrogen production. Considering them for the maritime industry is a new idea… and one that’s very relevant. They could prove to be an essential piece of the zero emission puzzle for a huge number of applications. In a way, they’re perfectly suited.”

This suitability relates to much more than the lack of GHG emissions. McDonald explains that, in the case of Thorium MSRs, they almost never need to be refueled – with the salt removed from the reactor only every 3 to 7 years (dependent on its specifications). This would mean no bunkering, no regular stops and operational windows that could be tailored to fit the task, rather than a vessel’s fuel tank capacity. For fishing trawlers, cruise ships, container carriers, or replenishment vessels such at THOR, a new world of opportunity would swing right open.

Waste is minimal and, in the case of MSRs, the old salt is simply reprocessed to remove the byproducts (primarily Uranium 235) which can then be used as a new reactor fuel.

“It’s incredibly efficient,” McDonald notes. “And although there’s no Thorium reactors up and running today it is a proven technology, with the earliest examples operating back in the 1950s and 1960s. However, that also means, unlike Uranium, there’s currently no supply chain. But as Thorium is around three times more abundant in the Earth’s crust than Uranium – and there’s a lot here in Norway – it’s simply a matter of starting-up the mining process.

“Every new energy source has to start somewhere. The barriers to utilizing Thorium are certainly not insurmountable.”

The greatest hurdle, however, probably won’t be accessing the fuel, or bringing the necessary SMR technology to market. It will, of course, be acceptance.

McDonald acknowledges that the word ‘nuclear’ has different connotations for different audiences, and not everyone’s associations are as positive as his. As such, the development of necessary regulations and a willingness within society (on a global basis) to embrace Thorium-powered ships will be crucial. But here he makes a good point:

“Look, what people don’t realize is that nuclear powered ships already call at ports around the world every day… and what’s more, they have been doing so since 1955.”

Here he’s talking about naval vessels, something he knows a great deal about having started his career on a nuclear submarine in the 1980s. Today, there are around 100 maritime reactors in use, on a wide variety of vessels ranging from subs, to aircraft carriers and icebreakers. These are proven, he stresses, and safe.

“The military follow regulations whereby they are expected to keep the reactors safe and ensure no unauthorized people gain access to it,” McDonald explains. “I expect those regulations would be the same in a commercial scenario. But remember, there’s no Plutonium produced in Thorium reactors – meaning the byproducts don’t have the same potential for weaponization – and why would anyone want to gain access? If the reactor is running you wouldn’t survive exposure.”

Here he’s quick to add that any maritime reactor would be in a sealed, self-contained, lead lined compartment that is built for complete security and containment. If there’s a loss of power they automatically shut down and even in the worst case scenarios of crashes or the loss of a vessel – as the world saw with the nuclear submarine Kursk in 2000 – there is no reason to expect radiation leaks or spills.

“This is not a completely new solution, unlike some other alternative fuels, so we do have a good understanding of the risk picture,” McDonald notes.

IFE and Ulstein aren’t alone in their interest in Thorium and MSRs in the maritime context. Seaborg from Denmark is developing a floating power barge that could support grids, complement other renewables and be used for both sea- and land-based industry. IFE has also been approached by a trawler firm keen to investigate the potential of the reactors to charge its shrimp-fishing fleet, while offshore energy producers are apparently eager to look into ways MSRs could be utilized to satisfy the power needs of their remote operations.

“I’ll tell you what,” McDonald concludes. “Up until this year it seemed like MSRs and Thorium were areas of niche interest, whereas now momentum is really growing. Here at IFE we’ll aim to do everything we can to support industry and society in finding the best way forward to harness the huge potential of Thorium.

“The arrival of the THOR concept has really supercharged interest and, in my opinion, this is just the start.”

“Expect to hear a lot more about Thorium in the near future.”

Apex Chemicals will be re-packaging and selling certain Infineum products under its own brand renamed as AFT-B201, AFT-B111 and AFT-R671.

Markets able to balance with an extension of OPEC cuts through 2020 due to demand from IMO 2020 regulations.

Proactively buyers should clarify means of delivery and location of the sampler used to produce the binding contractual samples; Singapore is a notable exception, it said.