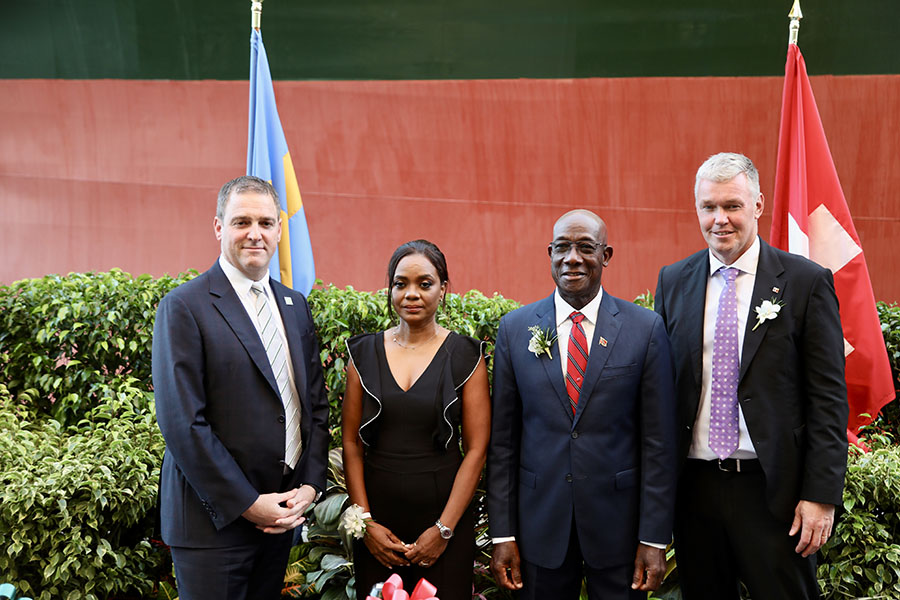 Stena Pro Patria is the first of three methanol-fuelled vessels delivered in 2022 to the joint venture between tanker company Stena Bulk and methanol producer Proman, with a further three newbuilds due for delivery between now and 2024. 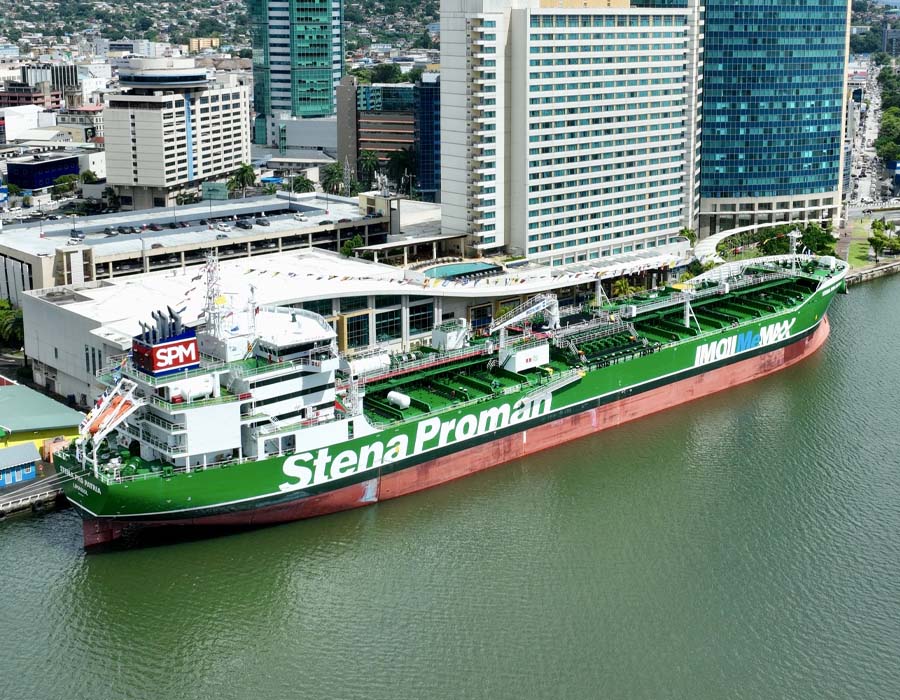 Proman is the largest investor and employer in the Point Lisas Industrial Estate, which is home to Trinidad and Tobago’s downstream petrochemicals sector. Proman’s facilities include the world-scale M5000 methanol plant, which produces industry-leading low-carbon methanol by recycling CO2 produced from nearby ammonia plants. Since 2006, almost 24 million tonnes of CO2 have been captured from both Proman’s own and neighbouring ammonia plants and re-used. 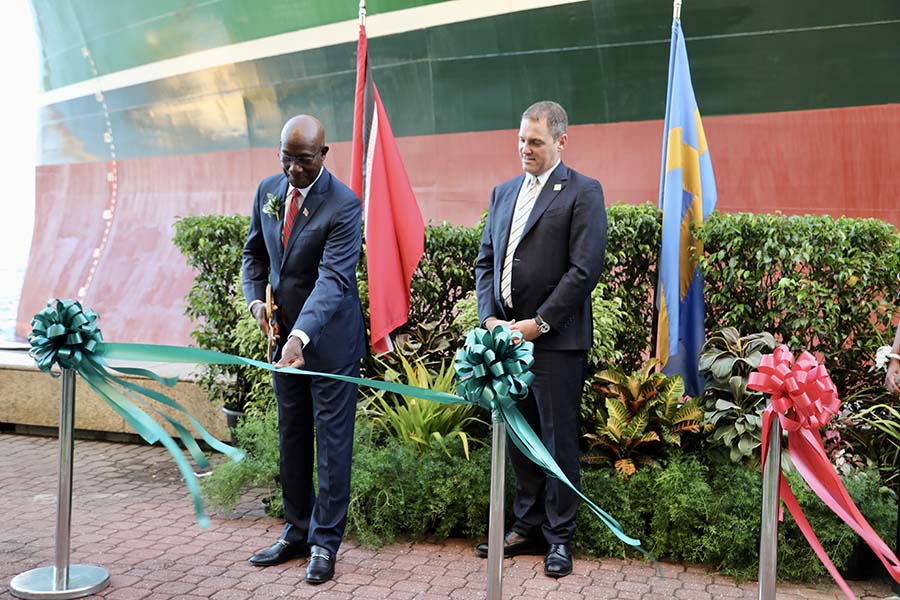 Stena Pro Patria was delivered in June 2022 and has demonstrated an unprecedently low EEDI (Energy Efficiency Design Index) value while running on methanol. The IMOIIMeMax vessel series benefits from industry-leading design improvements and technologies to maximise energy efficiency, resulting in an EEDI 11% below the 2025 Phase 3 requirements – setting a new benchmark for methanol-fuelled tankers and further proving the operational viability of methanol as a marine fuel.

Stena Pro Patria will use approximately 12,500 tonnes of methanol as fuel per year, which will significantly reduce the volume of greenhouse gas emissions resulting from the vessel’s commercial operations compared to conventional marine fuels. 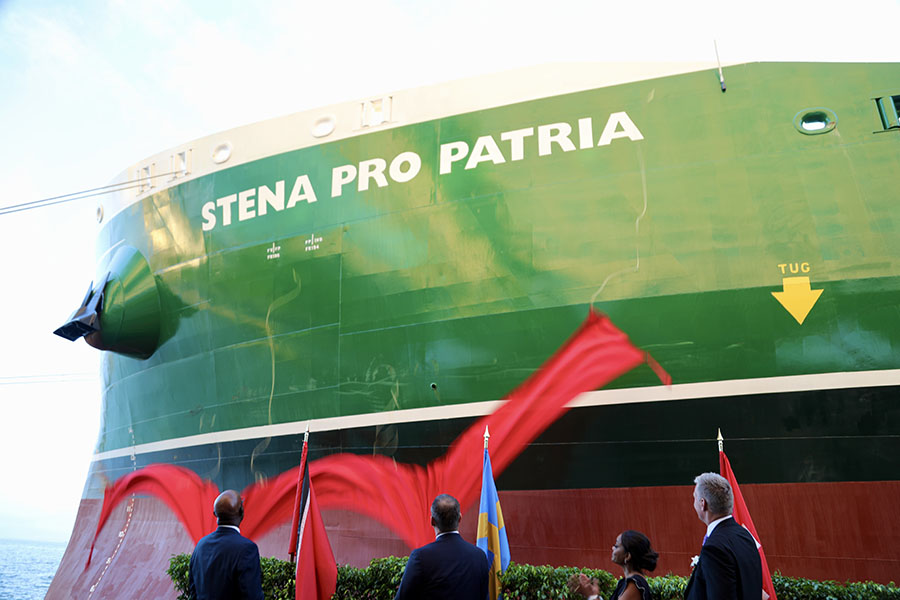 During his feature address, Dr. The Honourable Keith Rowley, Prime Minister of Trinidad and Tobago outlined the potential for bunkering in Trinidad and Tobago to be a significant part of the country’s economic development, saying: “We are one of the largest producers and exporters of methanol in the world, and we happen geographically to be on a place at the tip of South America, East of the Panama Canal where all these vessels are being encouraged to change their fuel consumption from the dirty fuel to clean fuel – and that fuel is available in Trinidad and Tobago. What we are aiming to do is to make Trinidad and Tobago a major refuelling hub for oceangoing vessels that can be refuelled by clean fuel.”

Erik Hånell, President and CEO of Stena Bulk, said: “This naming ceremony for Stena Pro Patria in Trinidad and Tobago is another important milestone for Proman Stena Bulk.

“Every step our joint venture takes proves the viability of methanol as a marine fuel and underlines that it is technically feasible, with the right knowledge and backing, to be used in-operation today. We are honoured to lead methanol’s development and scaling within the industry and to be working closely with Proman on our shared vision for methanol.

“Finally, we must also recognise the role that Trinidad and Tobago has played in making this naming ceremony a reality. As an important methanol shipping hub, there was no better place to hold this important event for Stena Pro Patria and our joint venture.”

David Cassidy, Chief Executive of Proman, added: “We were delighted to welcome our Stena partners to Trinidad and Tobago. We share a commitment to accelerating the clean shipping transition, via our methanol-fuelled newbuilds and other initiatives, so it was particularly valuable to tour our methanol production facilities and reaffirm the low-carbon pathway for the maritime market.

“Stena Pro Patria is a very special vessel, as the first tanker in our joint venture with Stena Bulk and due to her deeper connection to the Proman family. It was a pleasure to bring everyone together, from Stena to our wider partners and employees here in Trinidad and Tobago, to give Stena Pro Patria the naming ceremony that she deserves.”

The naming ceremony was held in Trinidad and Tobago to honour Stena Pro Patria’s connection to Dennis Patrick, the late Chief Executive of Proman’s subsidiary Methanol Holdings (Trinidad) Limited (MHTL), for whom the vessel is named. Dennis was a deeply valued colleague and longstanding member of the Proman family. Mrs. Cassandra Patrick is the Godmother of Stena Pro Patria.

The pioneering vessel, Singapore’s first, is scheduled for delivery at the republic by December 2019.

Shell and Deloitte Netherlands and UK have jointly published a report on industry perspectives of senior shipping executives regarding decarbonisation.

Europe’s ports will therefore support the EU approach to closely monitor and evaluate whether sufficient progress is being made on the international level by 2023.

Samsung Heavy Industries bagged a total of orders worth USD 7.8 billion for 60 vessels, achieving 86 % of its yearly target of USD 9.1 billion for this year.