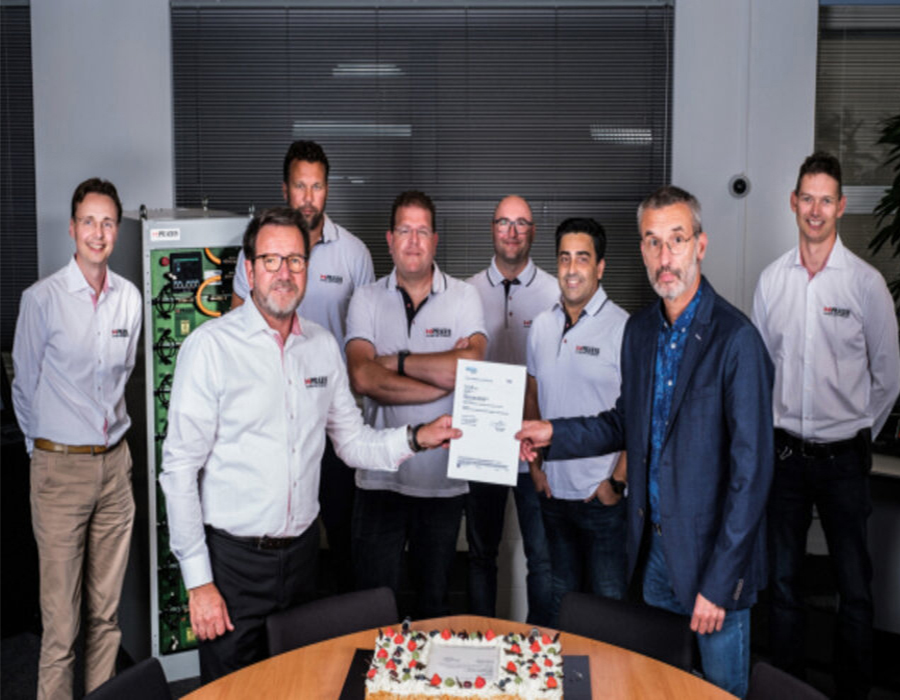 Praxis Automation Technology on Tuesday (24 August) said that it has received Type Approval from DNV for its GreenBattery Energy Storage System (ESS) for use in battery-powered or hybrid vessels and off-shore units.

A signing ceremony was held on 23 August 2021 at the Praxis head office and production facility in Leiderdorp, The Netherlands.

With the approval, DNV confirms that the GreenBattery ESS is fully compliant with the latest international standards, regulations and DNV rules. DNV is the leading authority in the field of marine battery approval.

The GreenBattery ESS was assigned Type Approval Certificate No. TAE00004BT, which is valid until August 2026. Products approved by this certificate are accepted for installation on all vessels classed by DNV. The approval certificate can be found here: https://approvalfinder.dnvgl.com/#approval/TAE00004BT.

All tests conducted during the approval procedure were passed with flying colours. GreenBattery makes use of the extremely safe LiFePO4 (or LFP) chemistry. In terms of safety, LiFePO4 batteries can be compared with traditional lead acid batteries and are much safer than other chemistries such as NMC technology. In addition, life time and temperature range of LiFePO4 batteries are much better when compared with Li-ion NMC batteries.

GreenBattery has relatively low weight and small volume per stored kWh. In fact, GreenBattery is one of the most compact and lightest batteries available for marine energy storage and is occupying minimum floor space.

The GreenBattery ESS is part of a fully in-house developed electric and hybrid propulsion solution consisting of Batteries, Permanent Magnet Motors/Generators, High Power Inverters, and Control Systems. All products in this package are designed and manufactured by Praxis Automation Technology in The Netherlands.

The Mega-Guard Electric Propulsion product line has been well received in the market with 6 projects already on order since its introduction in 2017.

The paper focuses on the geographical scope of the EU ETS to shipping, as using the MRV would affect ships on several non-EU oceans and compliance, it said.