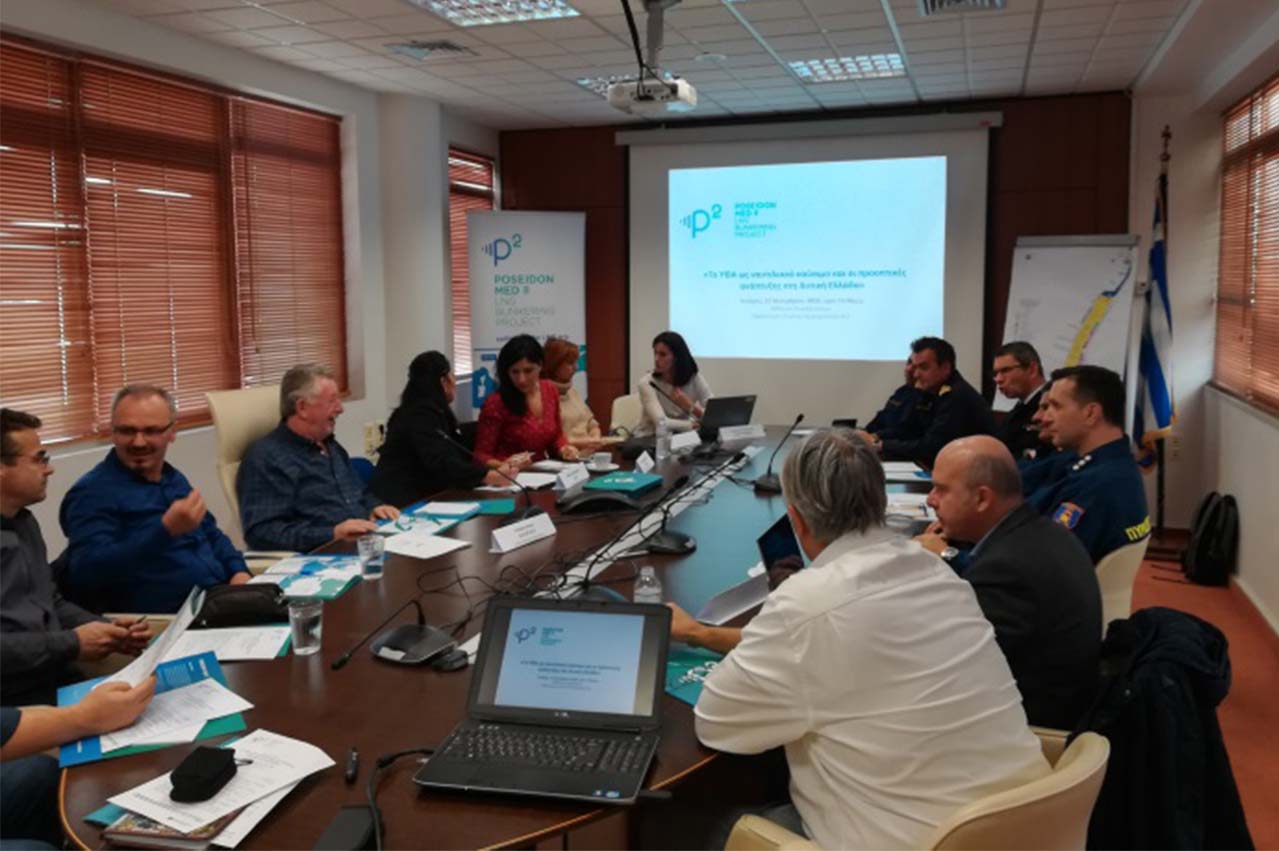 Poseidon Med II, a project to bring about the adoption of liquefied natural gas (LNG) as a marine fuel at East Mediterranean, in mid-December held a discussion at Igoumenitsa informing local representatives about LNG bunkering at the port of Igoumenitsa and Western Greece.

Authorities from the Igoumenitsa Port Authority as well as representatives from the Chamber of Thesprotia were present at the event.

The event was welcomed by President and Managing Director of the Port Authority of Igoumenitsa, Andreas Ntais.

Partners of PMII programme presented the supply chain of the Programme (Maria Fotiadou, DEPA), the monitoring of air pollutants in the port of Igoumenitsa and the results from the measurements (Adamis Mitsotakis, CERTH) and the contribution of small-scale LNG facilities in Revythousa to the supply of Western Greece (Tatiana Eleftheriadou, DESFA).

The location of small-scale LNG facilities within the port (Christos Solomonidis, Rogan) and the regulatory framework for the supply of LNG as marine fuel to ships (Anastasia Kouvertari, Lloyd’s Register) were some of the additional themes covered by the partners.

The event was concluded with a discussion between participants on LNG refuelling operations, available technology, safety guides, and general guidelines for drafting the Port manuals for future LNG bunkering operations.

Nauticor has been supplying LNG to marine customers in the port of Rostock since 2017 using tank trucks.

LNGPac-ILTCS has the process equipment mounted in front of the tanks, instead of the usual on top installation.

Port to consider investing in bunkering vessel or permanent LNG infrastructure in the future.