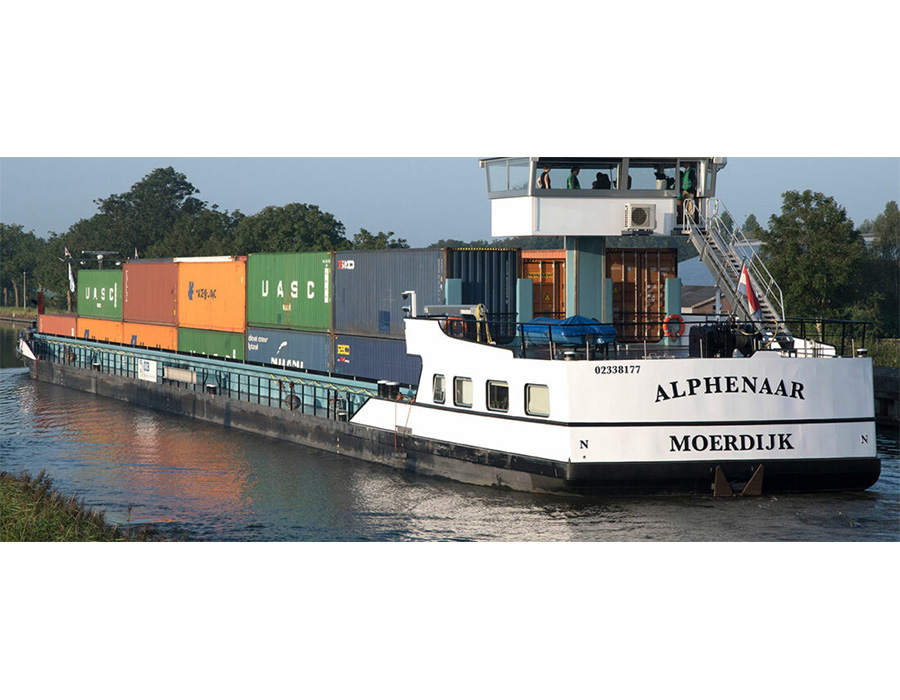 The Port of Rotterdam on Friday (4 February) published an interview with MEP Caroline Nagtegaal where she shared next steps for the decarbonisation of EU’s inland shipping sector:

Moreover, she has been appointed as shadow rapporteur on the Alternative Fuels Infrastructure Regulation and Energy Taxation Directive proposals. How does she look back on 2021 and what can we expect from her in the year ahead?

How can inland shipping contribute to the EU’s objectives to reduce CO2 emissions? What do you see as promising innovations and projects?

‘First of all, let me start by saying that inland navigation was not that present in the transport debate in Parliament. That is why I started with online consultation hours in order to find out what is already happening in the sector and where I could help. And one thing became crystal clear to me: this is a sector that is working hard to improve itself. And yes, also for inland shipping this green (energy) transition plays a major role, this ‘green growth’ I often call it. Think for example of the Alphenaar: the first Dutch inland vessel using interchangeable energy containers developed by ZES for transporting beer between Alphen aan den Rijn and Moerdijk for Heineken. So when I was given the opportunity to write an own-initiative report on behalf of the European Parliament, the energy transition was one of the main points I wanted to make. Because that will be a gigantic challenge.’

‘The negotiations on the report were at times tough – especially on the needed energy transition – but we managed to get a very comfortable majority. 641 of the 705 Members of European Parliament voted in favor of the report! I am very happy to receive the large support, because to me this is a very important topic. With this report we have an agreement in Parliament and laid the foundations of how the inland waterway sector needs to develop and, more crucially, how we can support the sector towards the goal of greener and more digital inland navigation in Europe.’

What role do ports play in accommodating the green transition of inland shipping?

“Ports play an indispensable role in achieving the green ambitions in the European Green Deal and a circular economy approach plays a big role in this regard. The world’s population is expected to peak at 10 billion in 2050. Our resources are not limitless. A circular approach helps us to prevent exhausting our resources and creates business opportunities that can offer new ways to mitigate these risks and allows ports and business to grow. Sea and inland ports are an ideal location to develop circular economy projects, they can be the matchmakers! Both the presence of industry and the proximity to large urban agglomerations make them ideal places to turn waste into products. And, not unimportant, it creates jobs!’

‘A circular approach increases the economic benefits for ports while mitigating the negative impacts of port activities on surrounding urban areas. A win-win if you ask me. A great example is the Copenhagen-Malmö port, where a port-owned biogas plant produces clean electricity from ship waste and the produced clean electricity is consumed for shore supply to ships or for other purposes like buildings. This lead to great cost reduction, less emissions and less noise pollution as the ships didn’t have to use their engine when at berth.’

‘In Brussels, I always stress the importance of greening transport and infrastructure, and of course inland waterway transport especially. We shouldn’t be seeing it as a ‘must’, but something that we simply ‘have to do’. Because it offers plenty of opportunities, and everyone will benefit from it!’

‘Finally, ports play a huge role in the energy transition. They have the potential to become the clean energy hubs of tomorrow and the backbone of the future energy networks. Think of fuels such as hydrogen. A strong public-private partnership is of undeniable importance in this respect, like the one of the Porthos (CCS) project!’

The EU has various funding mechanisms at its disposal to support the inland shipping sector. What are according to you the investment priorities?

‘In my report I stress that the energy transition in inland waterway transport will create a funding gap approaching €10 billion, which cannot be financed by the sector alone. Inland waterway transport consists mostly out of family businesses, hard-working entrepreneurs, who figuratively and literally navigate on their pension. For them, it is important that the right conditions are set for creating a green business case and that the skipper or inland port has the reassurance that their large and risky investment will pay itself back eventually. And exactly on that, they can use some help. That is why I call on the European Commission in my report to set up a European inland waterway fund, in order to support the sector financially in the green and digital transition. And this fund needs to be accessible for family businesses and SMEs, without unnecessary administrative burden, and including a one-stop-shop system that is easily accessible for help and assistance. Only then, we will be able to keep this energy and hands-on mentality of the sector and will we be able to prepare a more sustainable future for inland navigation in Europe.’

Your own-initiative report has been adopted by a large majority of the European Parliament last September. What can the inland shipping sector expect from you next?

‘The foundations have been laid with my report. We have an own-initiative report, an optimistic and well supported position on the future of inland navigation, and we also have the results of an extremely valuable research that was recently published by the CCNR. What we need now is action! Luckily, the Naiades III Strategy mentions the option of a ‘complementary fund’, but needs some further detailing and clarification. And that is exactly what I am going to be doing the upcoming time – together with the sector. Eventually, the sector knows best as they are the ones on the ground, with the experience in practice. And I am more than happy to continue to listen to the sector and to give them a voice in Brussels!’

Ulysses cannot be separated from CLS Virginia even with towing help from Jason and Abeille Flanders.

All harbour craft will operate on low-carbon energy solutions by 2030 and full electric propulsion and net zero fuels by 2050, says the port authority.