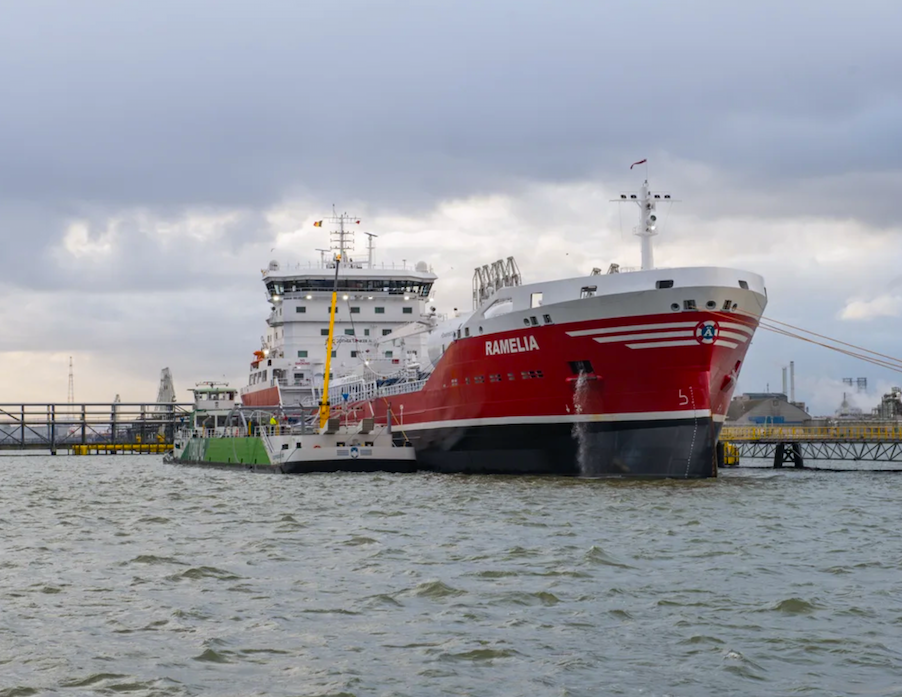 The chemical tanker Ramelia, sailing under the Swedish Gothi Alliance, was bunkered at quay 512 at the dock of SEA-Tank Terminal in the Kanaal Dock.

The fuel was safely and quickly delivered to the ship by the LNG bunker vessel FlexFueler 001, said the port.

It noted Titan LNG receiving a permit for the supply of LNG as marine fuel at Antwerp port; the company is expecting its second LNG bunkering vessel FlexFueler 002 to be christened later this year.

“These permits are issued after the Port of Antwerp has subjected the candidate bunker operators to detailed screening, using the Clean Marine Fuels Audit Tool of the International Association of Ports and Harbors.

“The licensing system is one of the three pillars of Port of Antwerp’s Port Safety Management Framework for bunkering clean marine fuels.

“An LNG bunker map determines where LNG can be bunkered in the port and tight operational frameworks ensure that LNG bunker operations are carried out safely and in harmony with other port activities.”

Moving forward, the port says it is working with terminals for familiarisation with LNG bunkering this spring.

“As the fifth largest bunker port in the world, we want to play a pioneering role in the integration of low carbon fuels in the bunker market,” says Jacques Vandemeiren, Port of Antwerp CEO.

“With this first LNG bunkering in our port, we are again taking an important step in the transition to Multi Fuel Port.”

PitPoint.LNG to build LNG bunkering station at Port of Cologne

Shore-to-ship LNG bunkering station is scheduled to start operations by the second quarter of 2019.

Key features include bunkering without tug assistance, and compatibility with a wide range of vessels at heights ranging from 3m to 23m above water level.