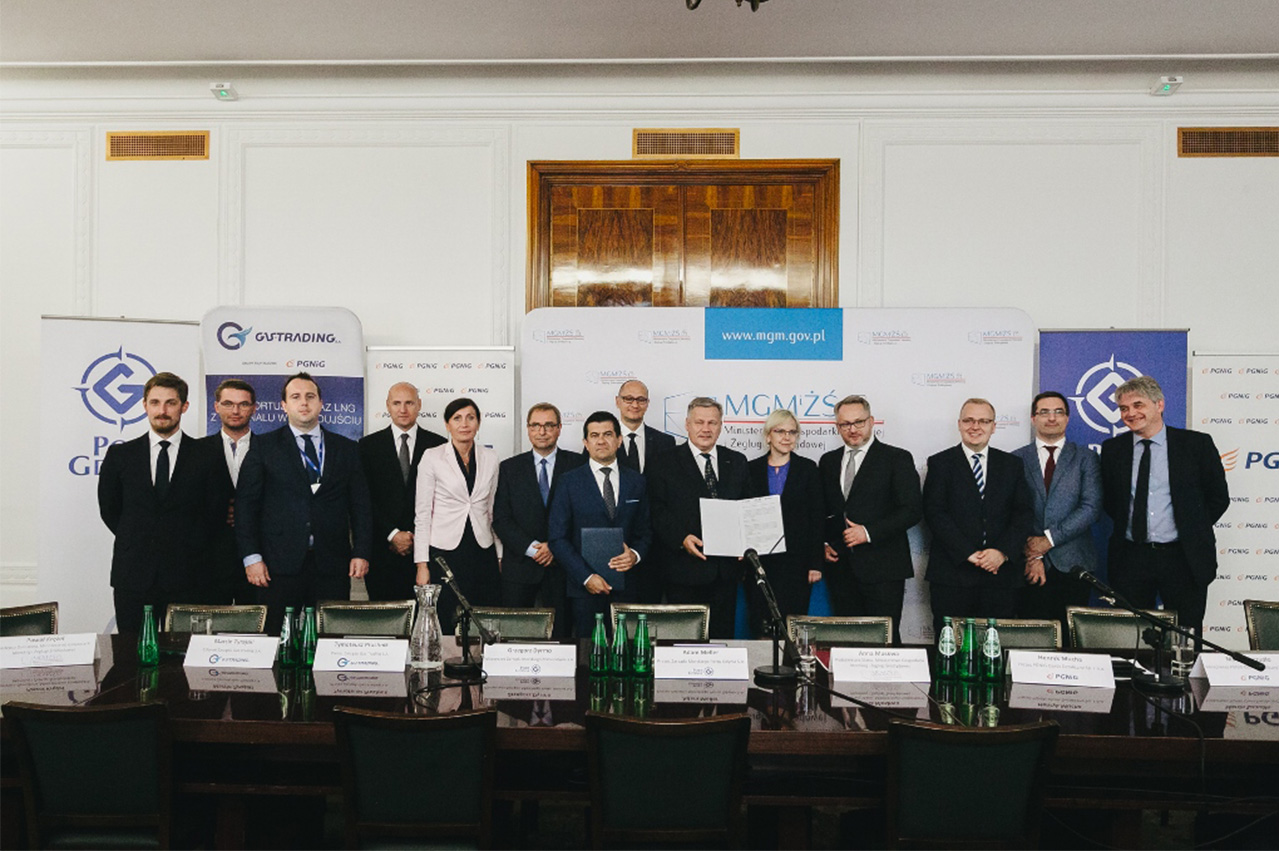 PGNiG, a Polish state-controlled oil and gas company, has entered into an agreement with the Port of Gdynia Authority to construct a liquefied natural gas (LNG) bunkering barge while exploring the use of LNG as fuel for maritime operations.

The project will be implemented as part of the National Center for Research and Development program – INNOSHIP.

The companies will be working on the technologies involved for LNG bunkering and similarly fuelled vessels.

“We are pleased that more and more business partners in the Baltic Sea are interested in bunkering ships with LNG,” said Henryk Mucha, President of PGNiG Obrót Detaliczny.

“The popularisation of natural gas will bring a positive ecological effect, because it is one of the purest fuels available on the market.”

The Port of Gdynia notes a “growing demand” from shipowners for the service, notes its President.

“We see a growing demand from ship owners, which is why we decided to use LNG fuel in the Port of Gdynia more widely,” says Adam Meller.

“We want to build competitiveness on the international arena by developing the technology of bunkering this ecological fuel.”

The letter of intent signed by PGNiG and the Port of Gdynia Authority also includes an application by Gas-Trading SA for the INNOship program.

“LNG gas, due to its physical and chemical properties, is one of the cleanest fuels, propelling both land and sea units, which makes it an alternative to currently used fuels,” explained Tymoteusz Pruchnik , President of Gas-Trading SA.

“Emission of harmful substances into the atmosphere it is definitely lower, and in the case of a leak, there is no danger of water pollution.

“Seeing the huge potential of LNG market development in Poland, Gas-Trading SA is carrying out activities aimed at expanding its cryogenic tank fleet and providing services enabling bunkering of vessels.”

A European Union (EU) directive on the development of alternative fuels infrastructure states that, by the end of 2025 at the latest, a sufficient number of LNG bunkering points should be created at sea ports, allowing inland waterway vessels or LNG marine vessels to navigate the entire TEN-T core network.

In the case of Poland, these are to be: Gdansk, Gdynia, Szczecin and Swinoujscie.

The need to ensure the availability of bunkering services in these locations is included in the "National framework for the development of alternative fuels infrastructure" developed by the Polish Ministry of Energy.