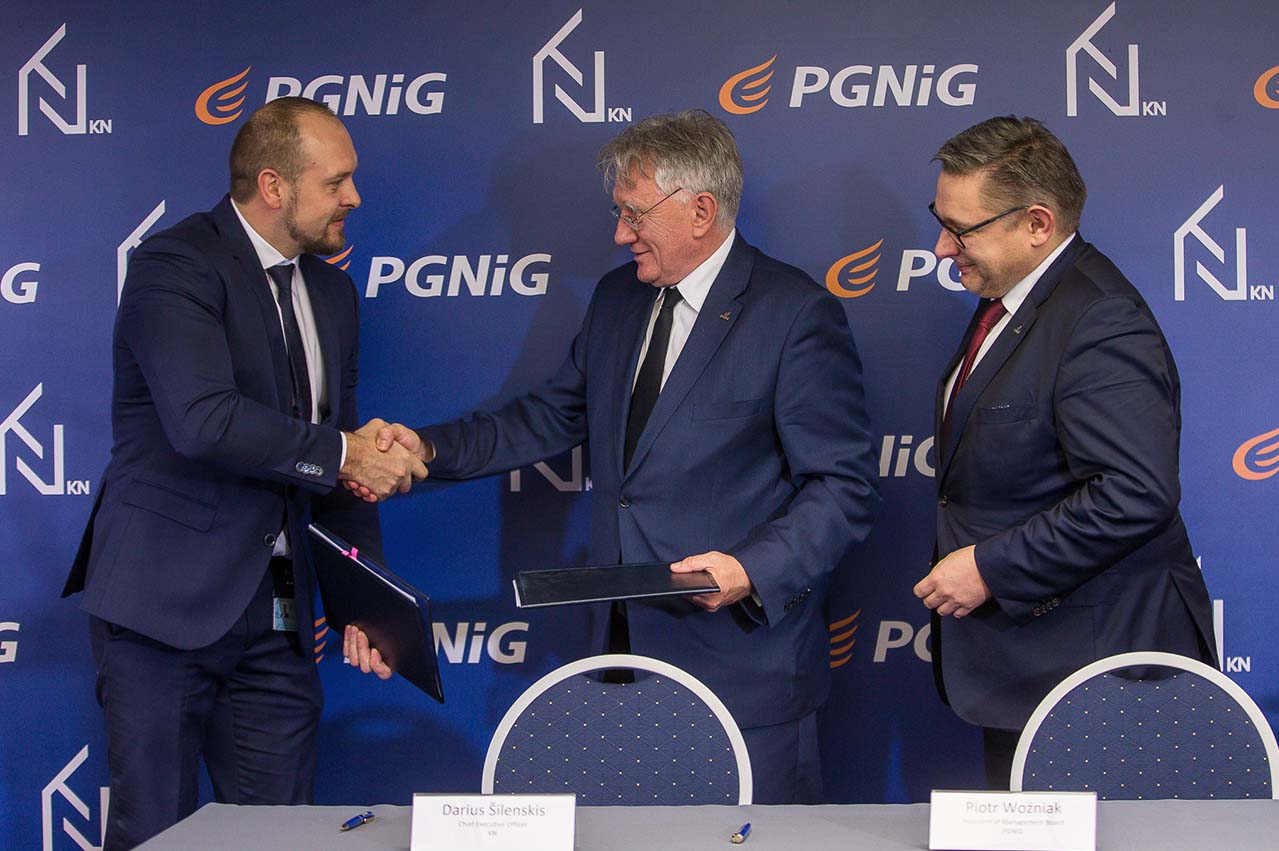 Polish Oil and Gas Company (PGNiG) on Friday (29 November) entered into a contract with Klaipedos Nafta (KN) to be the sole user of the small-scale LNG reloading station at Klaipeda, Lithuania for a period of five years.

KN is the operator of oil terminals and FSRU terminal, i.e. a floating LNG storage and regasification terminal in Klaipeda as well as operator of the small-scale LNG reloading station.

This installation is located at the entrance to the port of Klaipeda (about 7 km from the FSRU), and PGNiG's offer was considered the most advantageous in the tender, it says.

The onshore LNG reloading station is equipped with five LNG tanks with a total capacity of 5,000 cubic meters (2250 tons) of LNG. It has two loading bays for LNG road tankers or ISO-containers that can be used simultaneously. The maximum loading rate is 100 cubic meters (45 tons) of LNG per hour, which means that the process of loading one LNG tanker truck takes about 30 minutes.

The wharf of the Klaipeda LNG reloading station also makes it possible to bunker ships powered by LNG engines. Due to environmental regulations, the demand for LNG from ship-owners operating in the Baltic Sea will grow dynamically in the coming years, says PGNiG.

“Having a strategic partner will bring a great synergy enabling the LNG reloading station operated by KN,” said Darius Silenskis, CEO of KN.

“Development of small-scale and off grid LNG markets in Baltic countries and Poland brings various new opportunities to make supply of cleaner energy for businesses across the region more accessible.

“It will also provide more possibilities to diversify the supply for the industrial objects and settlements remoted from the pipeline, as well as for road and maritime transport.”

The General Manager of China Classification Society Singapore Branch shares with Manifold Times how far the country has progressed in the use of LNG as a marine fuel.