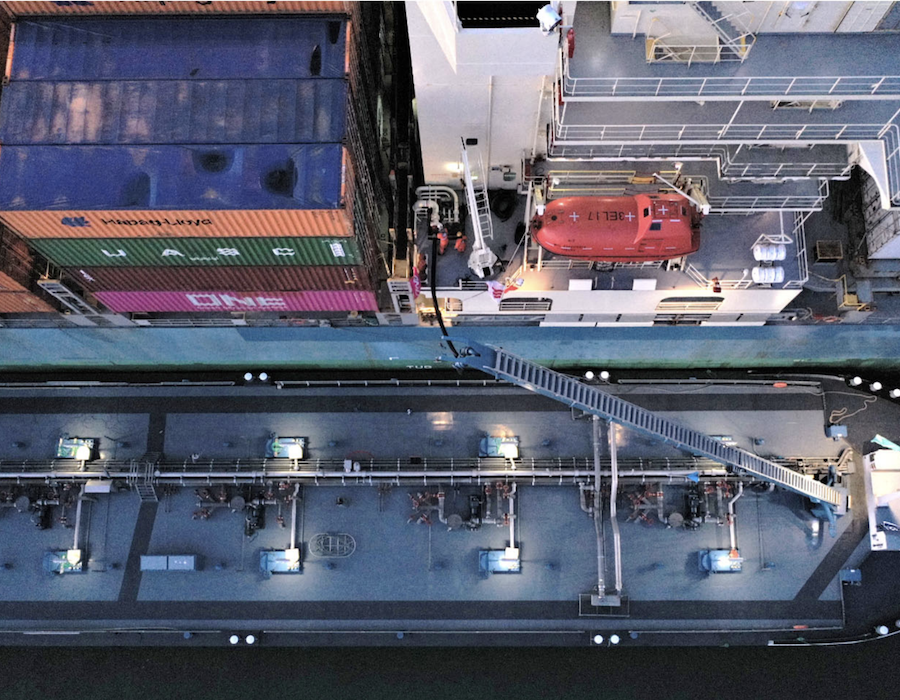 Ocean Network Express (ONE) on Thursday, (28 April) announced the successful completion of a second trial of sustainable marine biofuel onboard the M/V MOL Experience.

The specifications of the second trial were different from the first trial, with the mixing ratio three times higher in biofuel content, taking ONE another step closer to reducing its carbon footprint.

M/V MOL Experience was refuelled with marine biofuel during bunkering at the Port of Rotterdam, Netherlands in early March 2021. The vessel, deployed in AL5 service, fully consumed the biofuel 24 days into the 36-day trial period, which ended on 12 April.

As with the first trial, the bunkering and testing period was performed in collaboration with shipowner Mitsui O.S.K. Lines and the leading sustainable biofuel pioneer GoodFuels. The success of the trial once again proves the viability of sustainable biofuels, while helping ONE to meet its carbon reduction targets by 2030 and 2050 respectively.

The advanced biofuel used in the trial is produced from certified feedstocks labelled as 100% waste or residue, such as used cooking oil.

GoodFuels’ sustainable biofuels are virtually free of sulphur oxides and deliver 80 to 90% well-to exhaust CO2 reduction versus fossil fuel equivalents. They are technically and operationally equivalent to petroleum-derived marine fuels and require no modifications to marine engines or fuel infrastructure.

The use of biofuels will help address ONE’s environmental sustainability targets, which aims to reduce carbon dioxide emissions (in gram/teu-km) by 25% from its 2018 baseline by 2030, and by 50% by 2050.

“The second trial was a big challenge for us because of the higher content ratio of biofuel. We are really happy to have completed the trial without any problem,” said Takashi Mishima, General Manager of Fleet Management, ONE.

“I would like to express my sincere thanks to MOL, GoodFuels and related parties for their collaboration and effort. We will continue to study biofuel usage for ONE’s fleet, as we have the ambition to use biofuels in high ratio and large quantities to decarbonize our fleet.”

“Together with ONE, we are working towards a more structural supply of sustainable marine biofuels, and this second successful trial with ONE shows that there is great momentum behind advanced, sustainable biofuels today and into the future.”

Sinopec and CSSC cooperated on a “ten-step method” referencing bunkering guidelines developed by Methanol Institute and Lloyd’s Register for the activity.