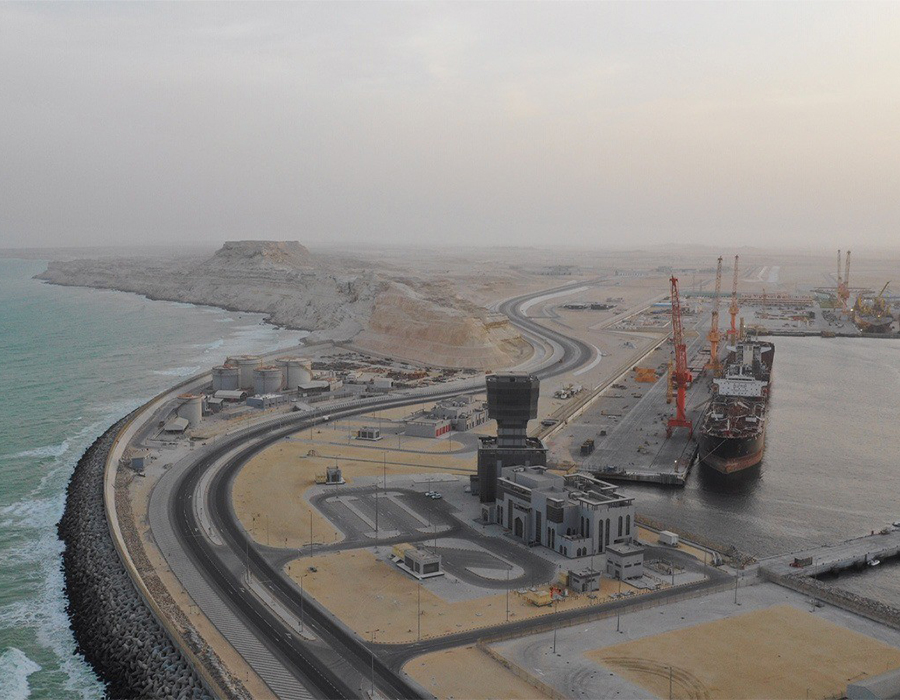 The following article features Christophe El. Kati, Head of Marine and Bunkers at the Oman Oil Marketing Company (OOMCO), who shares his thoughts on how its Duqm bunker terminal can reduce the total cost of bunkering for ship owners.

As fuel prices in regional ports approach USD1000 per tonne, and berth availability and wait times negatively impact sailing timetables, decisions on where and when to bunker can significantly impact efficiency and an operator’s ability to retain business.

Any gains made in minimising the total cost of bunkering will improve an operator’s performance within the terms of the Sea Cargo Charter. Although the provisions of the Charter only apply to its signatories, those signatories include some of the largest and most influential charterers in the market. The Charter is also an increasingly important mechanism for boosting transparency and cooperation between operator and charterer. It sets performance criteria for operators based on a measurement of climate alignment, defined as the degree to which voyage carbon intensity is in line with the IMO’s ambitions for reducing total annual GHG emissions. It relies specifically on the Energy Efficiency Operational Indicator (EEOI) which involves measurement of fuel consumption, a GHG emission factor for each fuel type, the distance travelled while laden, and the amount of cargo transported. How is all this relevant to the total cost of bunkering? Because it incentivises operators and charterers to look beyond just the price of fuel at competing bunker ports. Commercially and environmentally, this makes sense.

Digital voyage planning tools make it increasingly easy to accurately predict costs and evaluate the potential benefits of new bunkering locations. This should encourage operators to look beyond traditional bunker ports and take a more analytical approach to assessing all the options, including those that may offer a faster transit time and reduced waiting time at port.

OOMCO’s new terminal at the Port of Duqm, located on Oman’s Arabian Sea coast, is an ideal example. The port is in the immediate vicinity of the international trade route between Asia and Europe, without long wait times. In its region, a port call at Duqm for bunkering, resupply and crew changes can remove the need for a detour to nearby regional ports, for example, which could add a minimum of seven days. By eliminating several days of fuel and operational costs,  a port call at Duqm can significantly reduce the total cost of bunkering for operators. Duqm also lies outside the high-risk zone that triggers the costly requirement for war risks cover; a significant financial saving.

OOMCO’s terminal offers high-quality HSFO, VLSFO and LSMGO marine fuel specifications in compliance with ISO 8217 and has been designed to meet the increasing demand for all low sulphur fuel-compliant marine fuels in line with IMO2020. The 10,000 metric tonne vessel MT Alpha, capable of delivering fuel at up to 1,000 m3 / hour, facilitates bunker calls for vessels visiting the port.

The Port of Duqm also offers a wide array of services, strengthening Oman’s marine infrastructure and making it one of the most dynamic marine and industrial hubs in the region. Vessels calling at Duqm can take advantage of a range of services, including pilotage, freshwater supply, waste collection, tug services, crew change, de-slopping services, ship handling, and ship spares. The port also hosts Oman Drydock Company, one of the largest ship repair yards in the world. Duqm’s wide range of services make it easier for vessel operators to justify a decision to bunker in the port.

The development of the new OOMCO terminal is underpinned by the $7 billion Duqm refinery which will have a capacity of 230,000 barrels per day, once completed. In addition, the nearby Ras Markaz storage terminal is also currently under construction. It will culminate in six million barrels of storage capacity being available in 2022, with an additional capacity of 19 million barrels earmarked for the site as a future development. In addition, there are plans in place for the supply of other marine fuels, including LNG and methanol, as well as green ammonia and green hydrogen.

The bunker fuel market in the Middle East and Africa region is expected to grow by more than 12% between 2022-2025. By taking a ‘total cost of bunkering’ approach, Duqm can help vessel operators to unlock greater efficiencies within their fuel procurement strategy that will protect their bottom line and optimise their port calls.

The company has leased storage at Gordon Terminal Service Company in New Jersey to help ensure products to be delivered have no risk of contamination.

“In our 19 years in oil and shipping, we have never supplied 4 million tonnes of marine fuels this early in the year,” it states.

IBIA said it has implemented new organizational structures and functional improvements over the year to serve the bunker industry thanks to the support of its members.