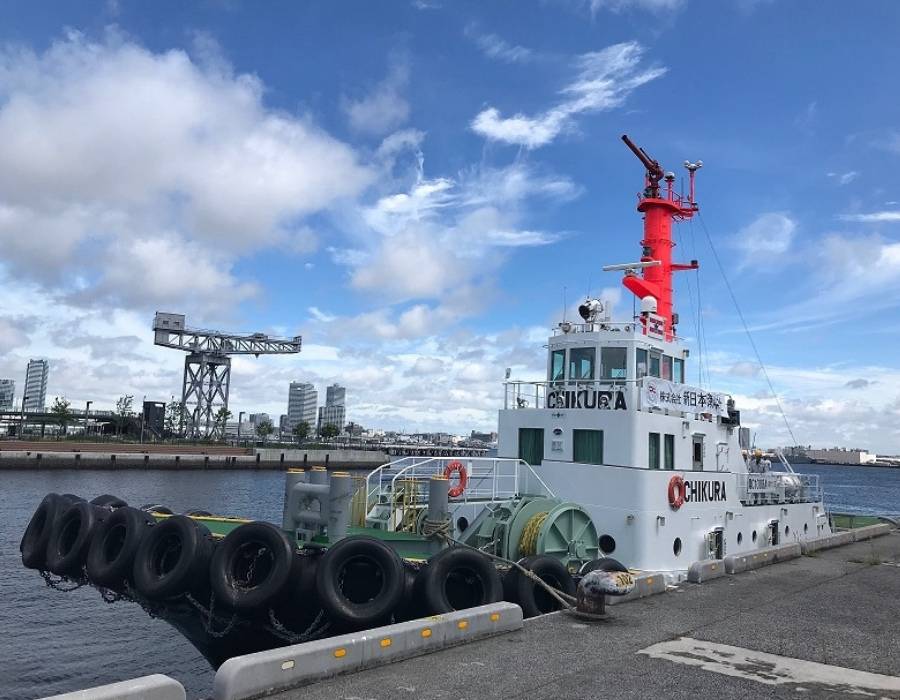 NesteRD was supplied by Itochu Enex Co. Ltd. (Itochu Enex) in tugboats operated by Shin-Nippon Kaiyosha. One of the tugs involved in the biofuel trial is Chikura Maru.

This is the first time in Japan of a 100% concentration of biodiesel being used in a ship.

The biofuel being used in this trial is NesteRD, which is being imported to Japan through a contract that Itochu Corporation has signed with the Neste OYJ Group, a renewable fuel manufacturer.

NesteRD is a 100% renewable fuel product that is manufactured from waste cooking oil and animal oil that would not be used by the food industry.

It can reduce GHG emissions on a life cycle assessment basis by about 90% compared to petroleum-derived diesel fuel and can be used as a so-called “drop-in fuel,” just like gasoline or diesel oil, without modifying the existing infrastructure.

As a renewable fuel, NesteRD can greatly contribute to the reduction of GHG emissions by minimising the introduction cost related to decarbonisation measures, and its use in the shipping industry is expected to further expand in the future.

NYK Group said it will continue to promote the use of environment-friendly fuels such as biofuels and contribute to the realisation of a carbon-free society.

Lobbies for seafarers to be afforded special consideration as ‘international key workers’ in order to keep supply chains ongoing despite COVID-19 pandemic.