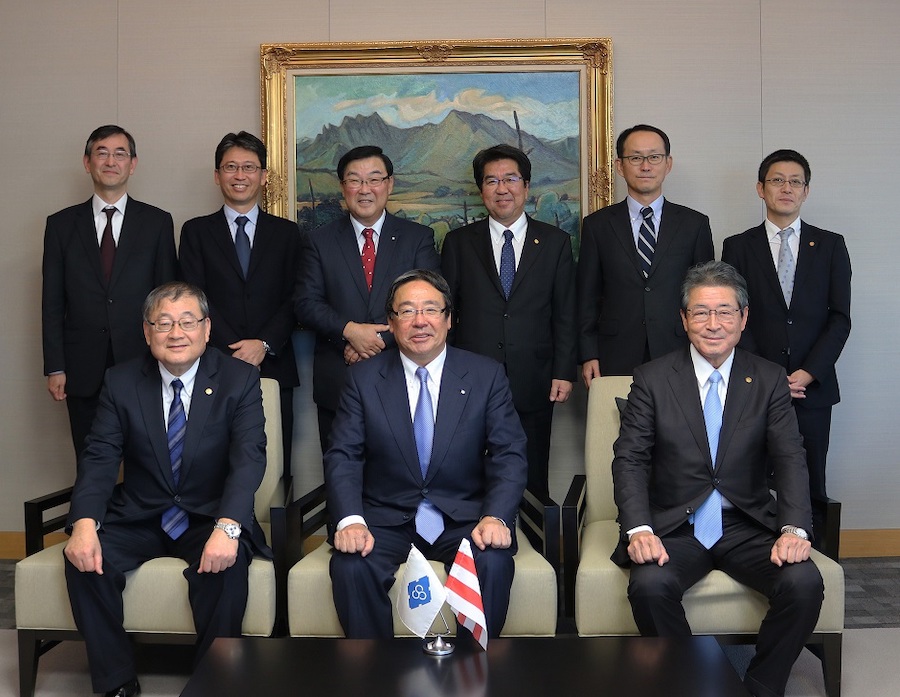 The shipbuilding contract was signed at NYK’s head office on January 31. The vessel is scheduled to be delivered in 2022 and will become NYK’s second LNG-fuelled PCTC.

“NYK aims to integrate ESG principles into management strategies by making efforts to reduce CO2 emissions per voyage through full use of the company’s technological capabilities, such as the development of energy-saving technologies and the optimisation of operations through the use of digitalisation and big data,” it said.

“NYK has also positioned LNG fuel as one of the bridging technologies to realize future zero-emission ships. The company aims to have a clean transportation mode that will reduce the environmental burden of the entire PCTC fleet.”

NYK’s first LNG-fuelled PCTC announced on 24 September 2019 was selected as a model project by Japan’s Ministry of Environment and Ministry of Land, Infrastructure, Transport and Tourism, and will receive support from the ministries for technical verification of CO2 emission reductions during actual voyages.

“The company is making a proactive effort to shift to LNG-fuelled vessels as one solution to environmental concerns. In addition to these LNG-fuelled PCTCs, an LNG-fuelled coal carrier will be delivered in 2023,” it notes.

Japan’s first LNG-fuelled ship, the tugboat Sakigake, owned by NYK was delivered in 2015.

The design project for the LNG bunker tanker was co-developed with the government backed Korea Research Institute of Ships & Ocean Engineering, it said.

‘We are very proud to cooperate with Hudong-Zhonghua on this project,’ says DNV GL spokesman at event.

Duo intends to further develop carbon neutralisation in the ethylene supply chain in order to meet customer needs for low carbon and decarbonisation.

Agreement covers 25 2,000 dwt and 25 3,000 dwt bulk carriers and marks the official start of the gasification of the Pearl River in Guangdong.