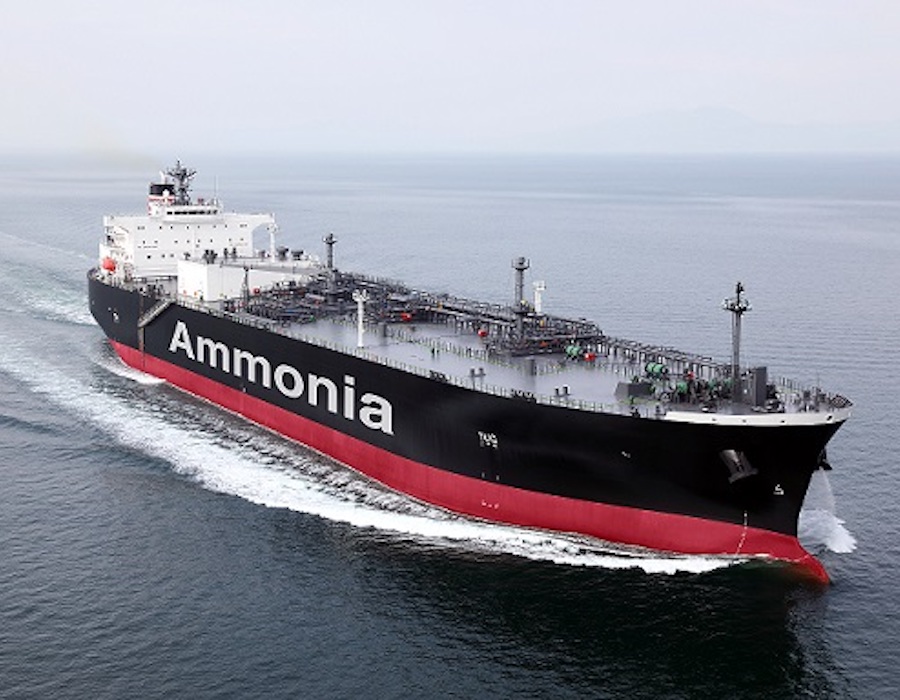 In addition to being an ammonia floating storage and regasification barge (A-FSRB), the vessel itself will use ammonia as its main bunker fuel, it said.

NYK noted that ammonia is expected to be used as an alternative fuel for vessels, thus it expects the demand for ammonia as bunker fuel to expand.

The need for a transportation infrastructure for a stable supply would be in demand, and thus, the companies have decided to start this joint R&D of AFAGC and A-FSRB.

Large-scale marine transportation of ammonia is currently carried out by multi-purpose LPG (liquefied petroleum gas) vessels, and in this project, focus will be on the R&D of a liquefied ammonia gas carrier, explained NYK.

“In this joint R&D project, we will be engaged in the R&D of a barge that is equipped with a floating storage and regasification facility exclusively for ammonia for the first time in the world,” said NYK.

“This project is expected to contribute to the early introduction of ammonia fuel by utilizing the barge as an alternative to land facilities (storage tanks, regasification facilities, etc.) for the stable supply of ammonia fuel.”

Stena Pro Patria is due for delivery in early 2022 and will be the first of the three additional methanol vessels to be built by the joint venture in Guangzhou.