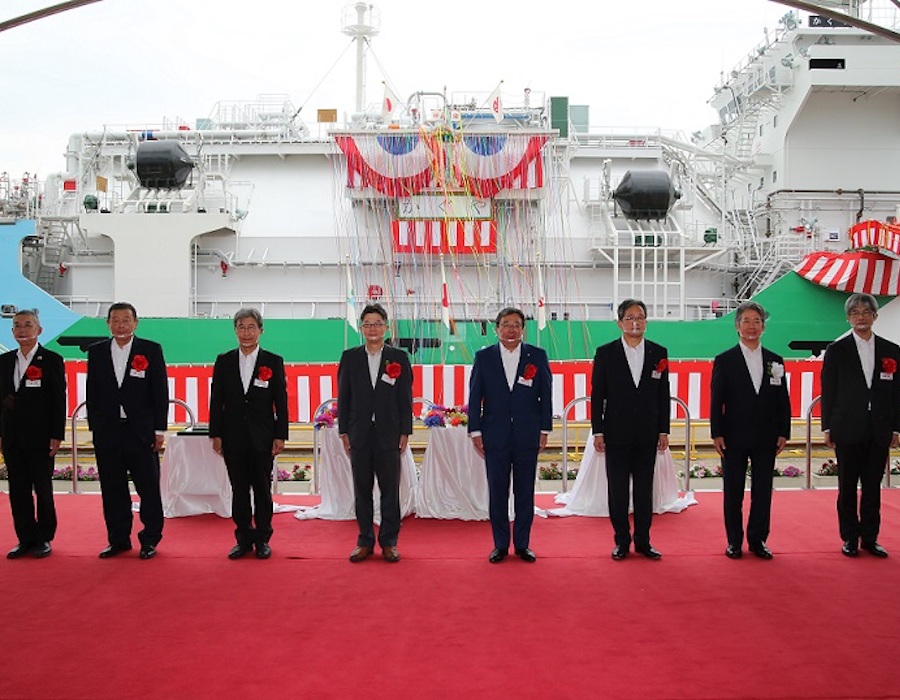 Present at the ceremony was Masashi Asakura, Chief Officer for Production Group of Toyota Motor Corporation; Masahiro Kato, Deputy Director-General for Engineering Affairs, Ports and Harbors Bureau of Japan’s Ministry of Land, Infrastructure, Transport and Tourism; and a number of other stakeholders.

The name ‘Kaguya’, is derived from Princess Kaguya in “The Tale of the Bamboo Cutter,” which is said to be Japan’s oldest story and is still loved by many people today, explained NYK. The name also expresses NYK’s desire to grow the LNG bunkering market as long and high as a bamboo tree, it said.

Kaguya will be operated by Central LNG Marine Fuel Japan Corporation and will be based at JERA’s Kawagoe Thermal Power Station.

The LNG bunker tanker will begin supplying LNG as marine fuel to ships in the Chubu region in October or later this year using Ship-to-Ship bunkering, added NYK.

After the start of operation, Kaguya will supply LNG to Sakura Leader, which is the first large LNG-fueled PCTC (pure car and truck carrier) operated by NYK, and to a new car carrier to be delivered by K-Line this fiscal year, as well as to other LNG-fueled vessels.

Petronas Activity Outlook 2019-2021 discusses how the oil and gas company will start ops in 2019.

Both firms signed a mutual cooperation MOU on the LNG value chain business in late August.

Vessel is currently under construction at the Shin Kurushima Toyohashi Shipbuilding facility at Toyohashi.