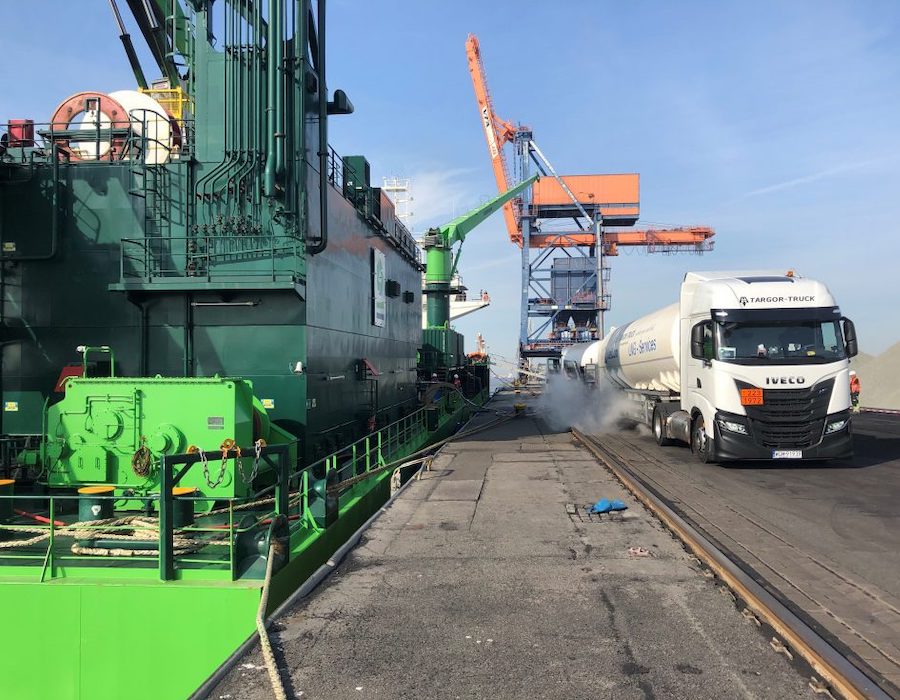 LIQUIND Marine, a subsidiary of the Berlin filling station operator LIQUIND 24/7, on Wednesday (16 September) said it has successfully carried out the first liquified natural gas (LNG) bunkering of a ship at the Elbe port of Brunsbüttel, Germany.

LIQUIND Marine said a total load of 72 metric tonnes of LNG bunker fuel was delivered using four trucks to a dredger on behalf of the Finnish gas supply company GASUM.

“With the successful implementation of the first ship bunkering, we and our partners have shown that the security of supply for LNG users is not only ensured at our land-based filling stations,” said Christian Schneider, Managing Director of LIQUIND Marine.

“In addition, our customers can rely on an efficient and cost-effective supply of the alternative fuel in various European ports.”

LIQUIND 24/7 is a leader in the supply of trucks with LNG in Germany with a total of eight operational and 15 LNG filling stations currently in the development stage.

LIQUIND Marine added that it is focusing on the application of Liquefied Bio Gas (LBG) as bunker fuel to reduce emissions even further for gas-powered vessels.

IGF Code training system not developed in Asia, causing NYK to develop its own training program, it explains.