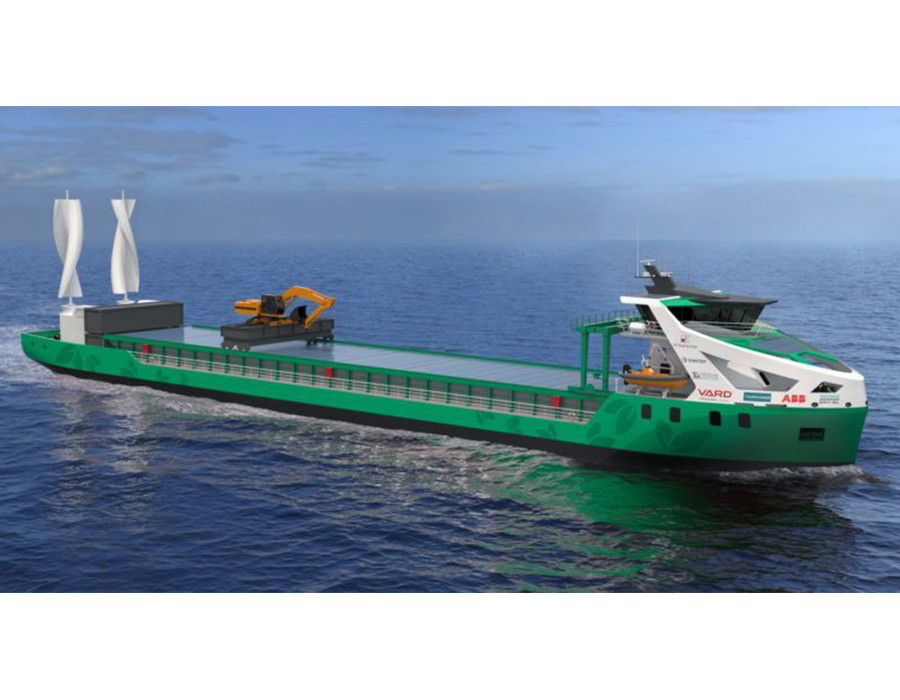 Classification society DNV on Wednesday (1 December) has awarded an Approval in Principle (AiP) status for ZeroCoaster ammonia fuelled cargo ship design, confirming an independent assessment that the ship’s design is feasible and there are no obstacles being commercially realised.

The AiP award is a milestone in its multi-billion dollar pursuit for decarbonisation, it states.

AFC Energy believes it is the first time an alkaline fuel cell with ammonia cracker and fuel storage has received the AiP which opens the door to the use of green ammonia to decarbonise the maritime market.

Andreas Buskop, General Manager, Engineering at Vard Engineering Brevik AS, said: “VARD has long shown leadership in maritime design and innovation with a focus of accelerating the transition to zero emission.”

“We strongly believe in the role Green Ammonia will play in supporting industry’s aspirations to go green, and working alongside industry leaders in alkaline fuel cell technology, AFC Energy, we are pleased to have gained confirmation of our AiP from DNV, highlighting what we understand to be a world first in ship design for ammonia fuel cell and cracker utilisation.  We now look forward to further working with AFC Energy in taking this design to commercial fruition.”

“Having worked in design concepts for the past six months on the marinisation of our integrated, heavy duty fuel cell and cracker technologies, we are pleased to have been invited to partner with world leading ship designers and builders such as VARD to highlight the potential for the safe and compliant propulsion and auxiliary powering of cargo ships as part of the ZeroCoaster project.

“Receipt of AiP from DNV is simply a confirmation and validation of the role our technology will play in supporting mariners to achieve stringent greenhouse reduction targets.”

DNV, one of the world’s leading classification and certification bodies in the maritime industry has evaluated the design and integration of the alkaline fuel cell module with in-built cracker and concluded that the design complies with all relevant maritime rules, regulations and standards.

The AiP marks another key milestone in unlocking the vast potential of Green Ammonia as a zero-emission fuel within the maritime industry, alongside deployment of AFC Energy’s high energy dense fuel cell platform and cracker module.

The AiP confirms the design is feasible and that there are no obstacles that could prevent the solution from being realised.

The programme, funded by the Research Council of Norway, will now look to incorporate the storage, handling and cracking of Green Ammonia fuel to generate hydrogen which is then utilised within a zero-emission alkaline fuel cell system supplied by AFC Energy for propulsion and auxiliary power.

Norway has set a target to reduce emissions by 50% by 2030, which is expected to require up to 1,100 zero emission (or low emission) ships in Norway alone, including 450 bulk cargo ships such as the ZeroCoaster.

Green Ammonia has been highlighted as a key fuel to support the decarbonisation of the global maritime industry with estimates suggesting the fuel could be used to decarbonise up to 25-30% of maritime fleets.

MPA and DMU will work together in the fields of maritime and marine affairs, maritime safety, clean energy in maritime sector, port management and more.

Verifavia: The IMO DCS deadline is around the corner