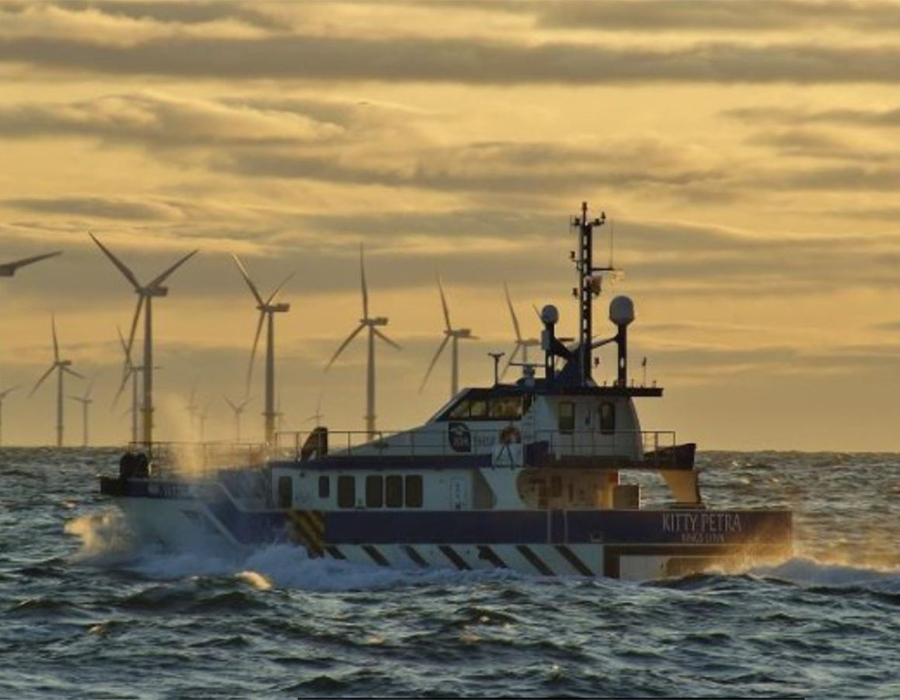 Crown Oil was chosen as supplier of its HVO100 fuel. The fuel was taken on board Kitty Petra at Ramsgate in Kent, and vessel sailed without any negative observations up to Great Yarmouth in Norfolk.

The fuel was purchased without any subsidy support from the renewable transport fuel obligation, adding significant cost to the trial to prove the fuel’s viability.

Tidal Transit’s Commercial Director, Leo Hambro said: “We are delighted for Tidal Transit to perform another ‘industry first’, showing that many CTVs serving offshore wind farms can run on 100% bio diesel (HVO100) rather than marine diesel (MGO). Previously, 30% HVO has been successfully trialled by others, but the move to full 100% HVO reduces CO2 emissions by over 90%, as well as reducing both the NOx and SOx in comparison to marine diesel.”

“This is another step in our company’s journey towards 100% decarbonisation of the fleet, and it confirms the company’s intent in being a signatory of the Department of Transport’s (DFT) Operation Zero.”

Ryan Abreu from Crown Oil added: “Crown Oil has been supplying HVO100 since 2019. It has proven to be the cleanest form of diesel available which can significantly reduce CO2, NOx, SOx as well as diesel particulates. In addition, due to there being no FAME additives, the chances of water collection and the formation of diesel bugs is almost eliminated.”

Tidal Transit has been supplying purpose-designed CTVs to offshore wind developers and operators for over ten years, and is a partner in two projects which have been awarded funding in the Clean Maritime Demonstration Competition (CMDC) which is funded by the DFT and delivered in partnership with Innovate UK.

IMO continues to mitigate impact of Wakashio oil spill, though insurance is limited

Respondents from BIMCO, the Smart Green Shipping Alliance and Ardmore Shipping share their opinions on ammonia and hydrogen as bunker fuels.

BIMCO concerned with the proposed procedure for onboard sampling since the only truly representative fuel oil sample is the MARPOL sample.