While the IMO 0.50% sulphur cap on marine fuels has been successful from a safety perspective, complying with the regulation has proved a headache for many shipowners. North P&I Club Loss Prevention Executive Alvin Forster calls for clarity and consistency on how the cap is enforced.

The International Maritime Organization’s cap on fuel sulphur content was met with some predictions of vessels suffering loss of electrical power or losing propulsion in busy shipping lanes. Thankfully, widespread problems never materialised, and the industry came through the transition period largely unscathed.

However, concerns over the poor stability characteristics of some of the new very-low-sulphur fuel oils and the incompatibility between stems were realised, while operational issues that were perhaps not as well foreseen, such as engine liner wear, also arose.

North has dealt with numerous claims and disputes related to these issues – but nothing has kept the Club busier than reports of potential marginal non-compliance.

Imagine the following scenario: the vessel requests the delivery of compliant bunkers, and the party ordering the bunkers – the owner or time charterer – specifies compliant fuel to be supplied to the vessel.

Upon completion of bunkering, the supplier issues a bunker delivery note (BDN) declaring the fuel to be compliant (0.50% sulphur or less). The receiving vessel then sends a sample drawn during bunkering to an independent laboratory where it is tested against ISO 8217-listed parameters for commercial purposes.

Days later, the test result returns a sulphur content between 0.51% and 0.53%, indicating non-compliance with the limit specified in MARPOL Annex VI.

What happens next? Are the bunkers off-specification, non-compliant or both? Can the fuel be used? Who should be notified? Will the vessel be targeted by the authorities and what action will they take? Should it be de-bunkered?

This is where confusion reigns, leading to commercial disputes and, in some cases, de-bunkering.

Are the bunkers off-spec?

According to existing industry guidance issued by organisations such as IBIA and CIMAC, if the receiving vessel’s own sample returns a result of 0.53% or less, a claim cannot be brought against the supplier. The rationale behind this cut-off point is ‘single-test reproducibility’, which describes the allowance applied to a lab test result that recognises the limitations in accuracy of a single test.

If the vessel’s sample test result is over 0.53%, a claim against the supplier may be initiated. The supplier’s retained sample is usually contractually binding and therefore tested. If this test returns a result of 0.51% or more (single-test reproducibility is not applied at this stage), it is deemed off-spec for commercial purposes.

However, these are only guidelines, and a supplier may have different terms in their bunker contract.

Are the bunkers non-compliant?

If the receiving vessel’s own sample returns a result above 0.50%, it does not automatically mean that the bunkers are non-compliant with MARPOL. Non-compliance can only be confirmed by testing the MARPOL-delivered sample, the MARPOL in-use sample or the MARPOL onboard sample.

Commercial samples – such as the vessel’s own sample – should not be considered definitive evidence of non-compliance. However, few administrations have confirmed this explicitly, and experience suggests that some port state control functions are taking a contrary view.

Port state control officers in some countries are not applying the single-test reproducibility tolerance to in-use samples during their inspections, as it is not mandatory for them to do so, but the IMO is promoting its early adoption. Again, the lack of a consistent approach by port states around the world causes confusion for calling vessels.

Who should be notified?

In general, shipowners have been advised to follow the notification process in MEPC.321(74) 2019 GUIDELINES FOR PORT STATE CONTROL UNDER MARPOL ANNEX VI:

“…  if the BDN shows compliant fuel, but the master has independent test results of the fuel oil sample taken by the ship during the bunkering which indicates non-compliance, the master may have documented that through a Notification to the ship’s flag Administration with copies to the competent authority of the relevant port of destination, the Administration under whose jurisdiction the bunker deliverer is located and to the bunker deliverer.”

However, as the document’s title suggests, this is the IMO guidance for port state control. There is no published guidance to shipowners, and the statement “the master may…” implies that the notification process is voluntary and there is no obligation to notify the referenced parties.

There is also uncertainty as to what is meant by “indicates non-compliance”. Is the IMO’s intention that the notification process applies when the ship’s sample test result exceeds 0.50%, or is it 0.53% to allow for single-test reproducibility?

Further clarification on the notification process is needed.

Will the vessel be targeted by PSC?

It is important not to disincentivise the reporting of potentially non-compliant fuel, as the IMO GISIS module – which allows flag states to report on behalf of shipowners – relies on these reports to identify suppliers that provide non-compliant fuel.

It stands to reason that if PSC targets a vessel for inspection following the submission of a voluntary notification, it is likely to disincentivise reporting.

How port state authorities around the world are acting upon these notifications is not yet known; and as Covid-19 influences their current inspection protocols, we may not be seeing an accurate picture of how this will be dealt with in a post-pandemic world.

However, the European Maritime Safety Agency Inspection Guidance states clearly that EU ports will target a vessel for inspection if the owner submits a voluntary notification of potential non-compliance.

A call for clarity and consistency

Marginally off-spec bunkers are causing lengthy disputes and, in some cases, de-bunkering. Considering the carbon footprint of the de-bunkering process, these developments could be considered as contradicting established industry environmental goals.

Shipowners need to feel sure they understand the rules and confident of their consistent enforcement worldwide.

We have a wealth of information on the IMO 2020 sulphur cap including articles, news and resources, available at: https://www.nepia.com/topics/2020-vision/ 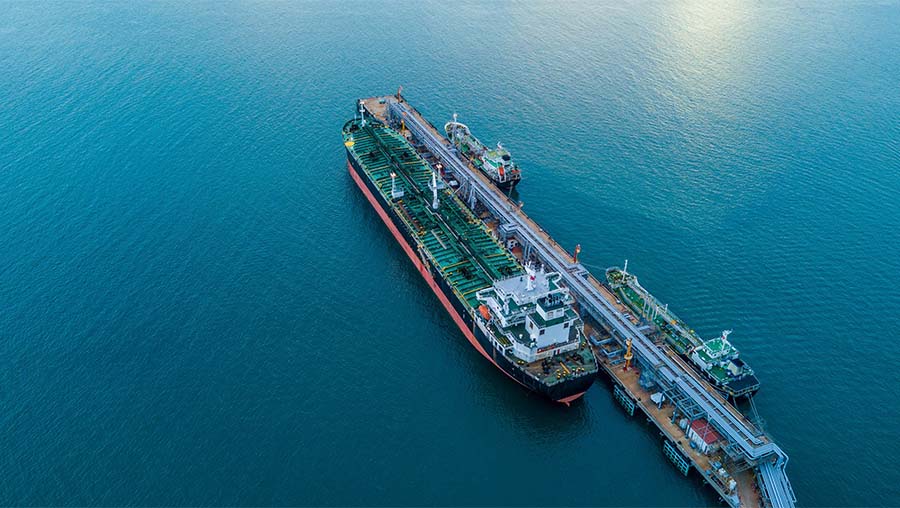