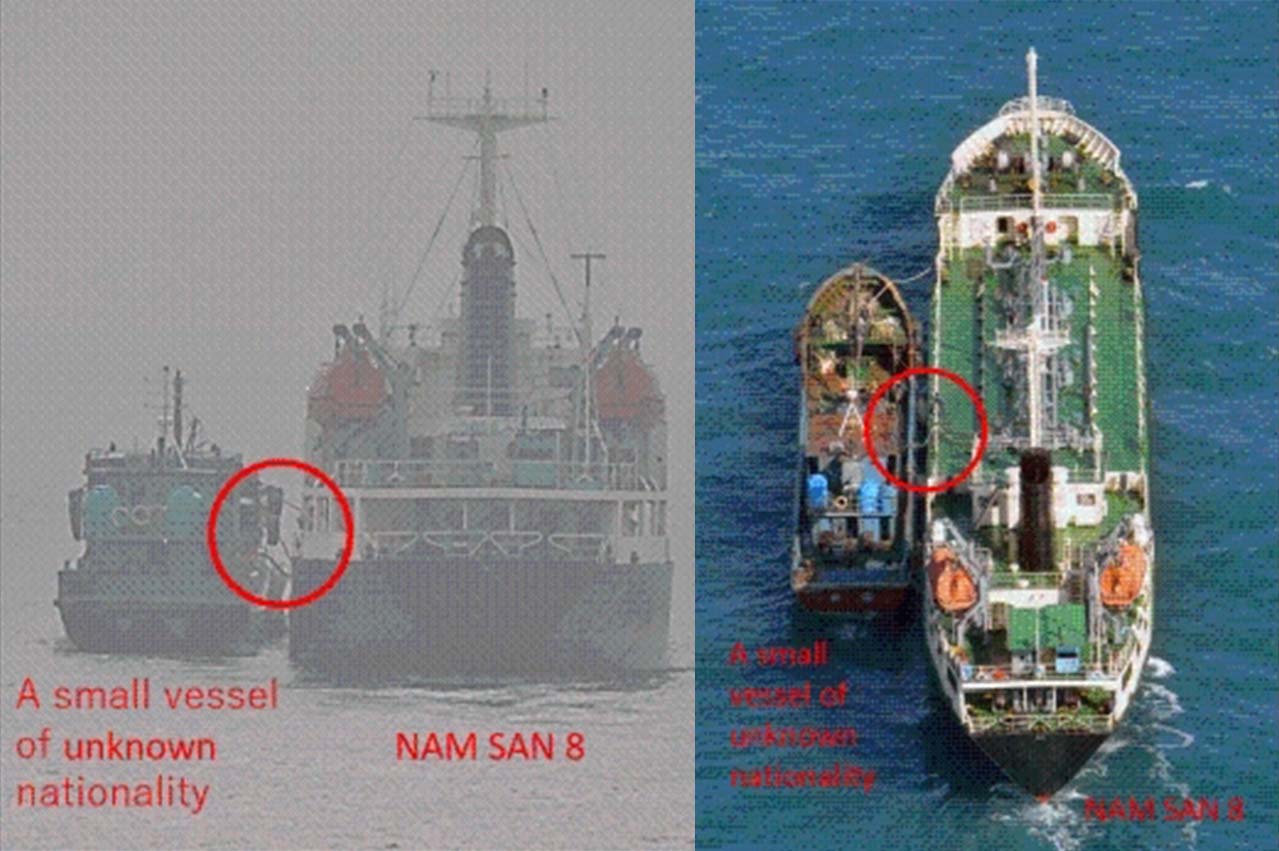 The North Korean-flagged tanker Nam San 8 (IMO number: 8122347) was involved in an illegal ship-to-ship oil transfer with a small vessel of unknown nationality on the high seas in the East China Sea (around 290km southeastern offshore of Shanghai) on December 16, alleges the Japan Maritime Self-Defense Force.

The Nam San 8 was found to be further lying alongside another small vessel of unknown nationality, which could beidentical with the vessel found on the previous day, in the similar location on 17 December morning, it adds.

“Judging from the fact that these vessels lay alongside each other and connected hoses, these vessels could have been engaged in some type of activity,” stated the Ministry of Foreign Affairs of Japan.

“Following a comprehensive assessment, the Government of Japan strongly suspects that they conducted ship-to-ship transfers banned by a United Nations Security Council resolution.”