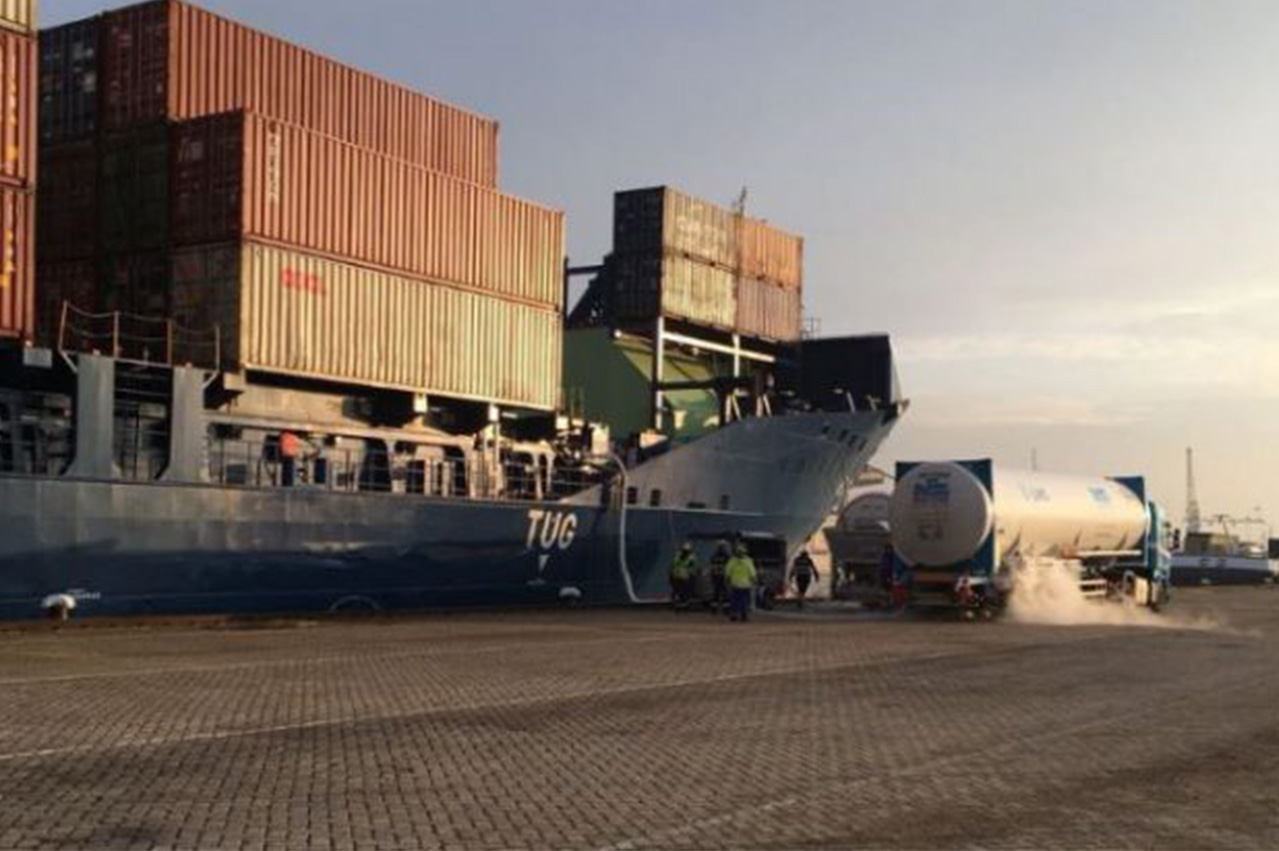 A new record has reportedly been set for the bunkering speed of liquefied natural gas (LNG) at the port of Rotterdam, says LNG bunker supplier Nauticor, formerly known as Bomn Linde LNG.

The company conducted its first LNG bunkering operation at Rotterdam on 20 February for the boxship Wes Amelie and used six LNG trucks to deliver a total of 120 metric tonnes (mt) of fuel.

The vessel received LNG fuel at a rate of 40 mt per hour from two LNG trucks at the same time.

“We are happy to have been chosen to continue supporting this pioneering project and are looking forward to enhancing our cooperation in the future,” said Sonja NeBhover, Director of the LNG Portfolio of Nauticor.

“We are continuously working on optimising the LNG supply for ships and feel well-prepared for more bunker operations at this location.

"Another important milestone for the development of the LNG supply infrastructure in North & Baltic Seas will be our new LNG bunker vessel, which will be put into operation before the end of this year.”

Cassa depositi e prestiti, Fincantieri, and Snam to explore infrastructure for use of LNG and bio LNG fuel.

The Hexagon Lincoln TITAN tanks are the only marine scale solution that combines lightweight with high pressure performance, says spokesman.

‘It makes absolute sense for Singapore to secure an early seat within the green economy in order to ready itself as a node for the green shipping corridor,’ says Dr Sanjay C. Kuttan, GCMD CTO, tells Manifold Times.

The Green Iris will be used to transport limestone used by South Korea’s POSCO between two locations from 2018.