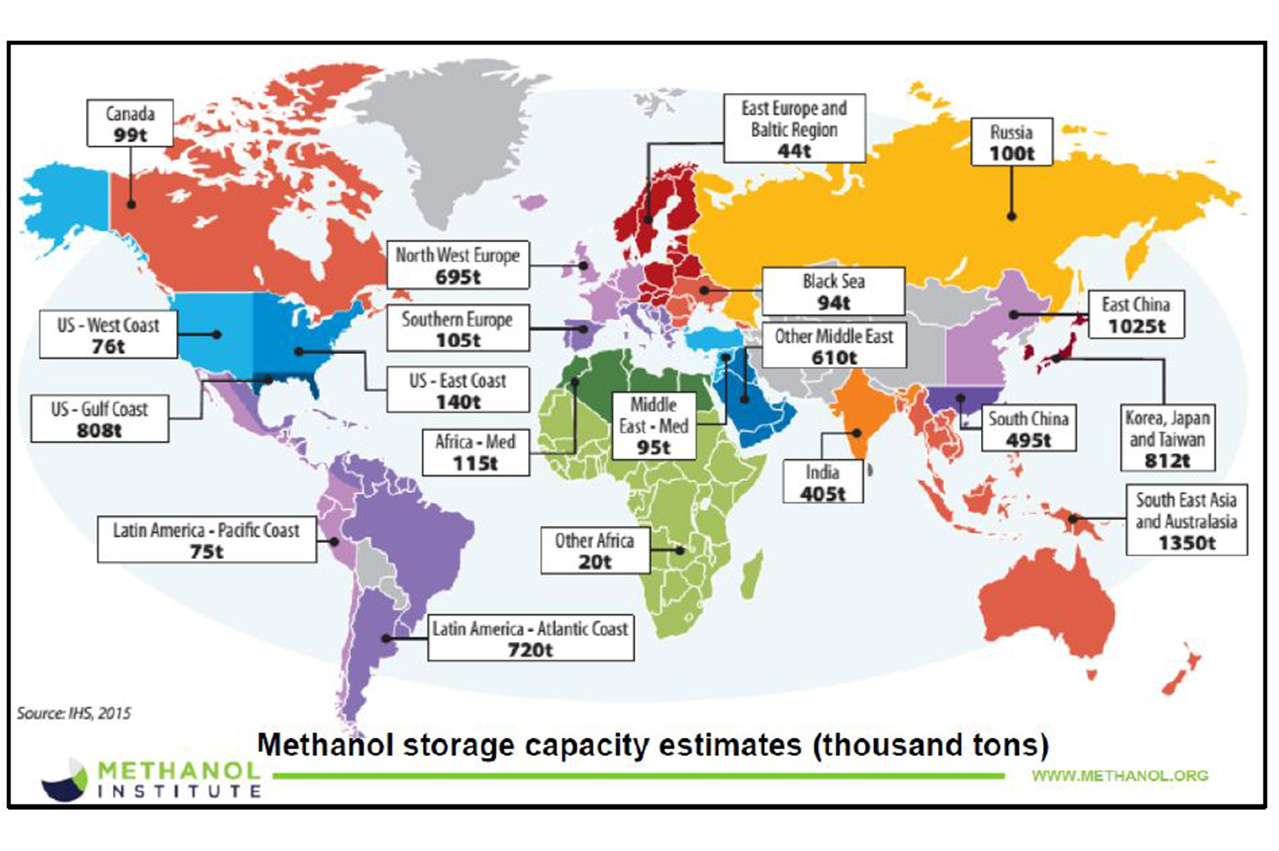 A study conducted by Netherlands maritime knowledge centre Maritiem Kennis Centrum, the Netherlands Organisation for applied scientific research (TNO) and Delft University of Technology (TUDelft) has analysed the use of methanol as an alternative marine fuel.

The report Methanol as an alternative fuel for vessels noted methanol engine technology of being "well tested" in the automotive industries with engine conversions being "much cheaper" when compared to natural gas (NG) conversions; methanol fuel storage was also safer when compared to NG.

Higher thermal efficiency, lower environmental emissions and a mixable properties of the material were among its strong points.

The document also pointed out issues with current engine designs due to the corrosive character and low viscosity of methanol, with the produce requiring about twice the capacity to produce enough energy content when compared to diesel bunker fuel.

Though emissions from methanol are lower, the exhaust can contain formaldehyde (methanal) which is a cancerogenic; but not the case for other fuels. Methanol, itself, is also toxic to people.

The use of biomethanol or synthetic methanol, which is produced by renewable energy resources, allows for the possibility of a carbon neutral combustion approach to its production.

However, the following research questions remain:

a. Methanol combustion might reduce NOx -emissions, but the reduction is not expected to be sufficient for compliancy with Tier 3 and Euro 5 regulations. Which additional measures have to be taken to comply with NOx -regulations?
b. A higher efficiency of the engine may not be the case, and the lower heating value is much lower compared to diesel fuel or gasoline. So the higher specific fuel consumption will result in a higher total fuel consumption (in terms of total mass flow and required fuel storage). With a reference to the operational profile of the ship, what will be the effect on the fuel storage facilities of the ship and the logistic refuelling opportunities?
c. Although existing engines may be modified to spark ignited methanol engines, which engine and systems parts will have to be re-engineered with better corrosion preventive materials?
d. The transient behaviour and acceleration/deceleration performance of a single fuel methanol engine are expected to have a lesser quality than the control stability of a diesel engine. Which control dynamics, control system and/or energy storage or electrical configuration should be applied to ensure the operational stability of a methanol driven ship propulsion system?
e. Given the operational profile of the ship, what will be the investment cost and the exploitation cost of the resulting configuration and operational exploitation of the ship?
f. Given the targets as defined in the Paris Agreement with regard to CO2 emissions, what measures should be taken by international, European and national governmental bodies to facilitate the transition of the maritime industries towards zero-emission in shipping.

Source: Methanol as an alternative fuel for vessels
Published: 12 February, 2018

Bunker samples collected at Singapore port in the two-week period had the most off-spec cases.