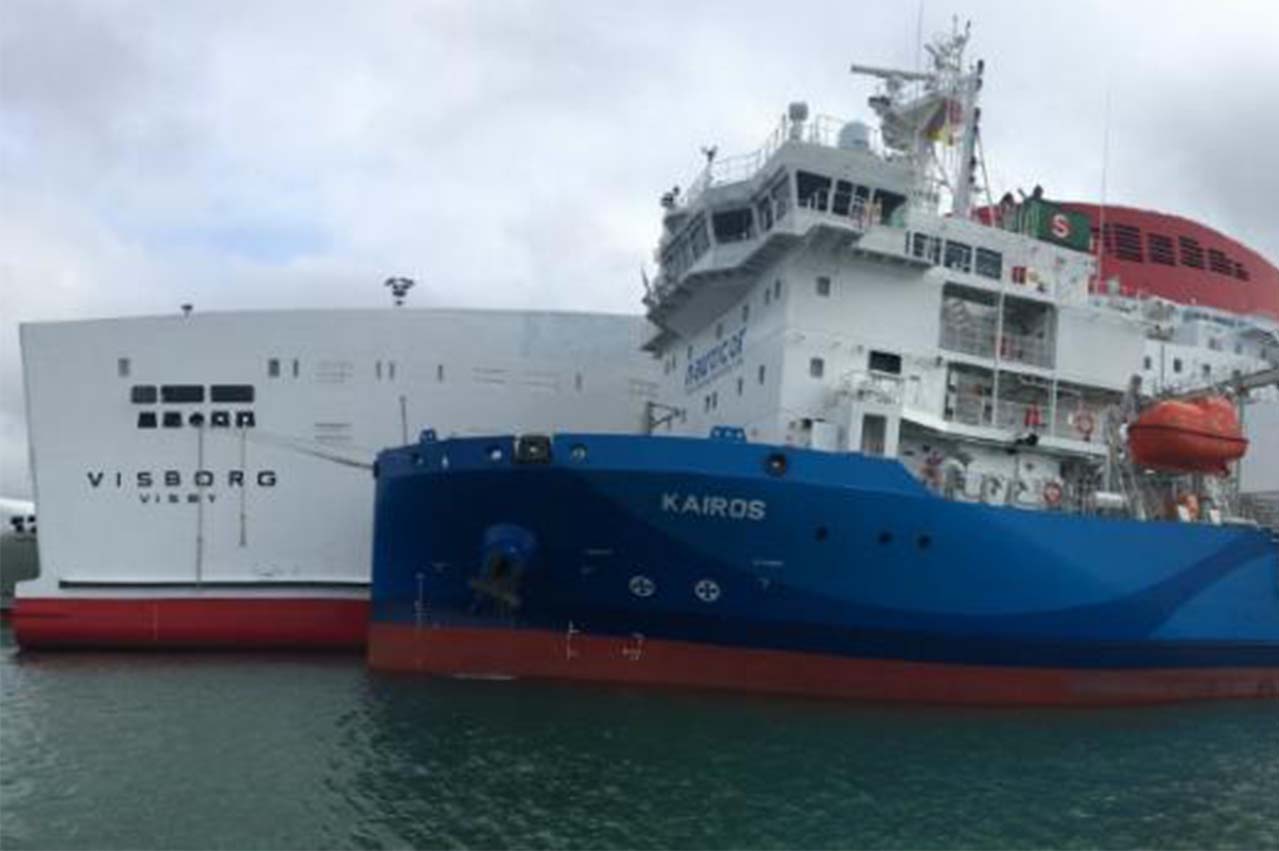 The bunker operation puts into practice the December 2017 contract for the supply of LNG, signed between LNG marine fuel supplier Nauticor and ferry owner and operator Destination Gotland, enabling the ferry to run its service on the environmental-friendly fuel while connecting the Swedish mainland with the island of Gotland.

“The start of LNG bunkering for Destination Gotland’s new LNG fuelled ferry Visborg marks the start-up of bunker operations with our new LNG bunker supply vessel Kairos and shows that the availability of LNG as fuel for shipping on a large-scale basis is secured in Northwest Europe,” said Mahinde Abeynaike, CEO of Nauticor.

“With shipping companies having access to a fuel that not only is financially attractive, but also environmentally sustainable, people and nature in Northwest Europe, and especially along the Swedish East coast, will benefit from a substantial reduction of emissions at sea and in port.”

By using LNG, a wide range of emissions, especially sulphur, nitrogen and particle matters, as well as carbon dioxide, can be significantly reduced.

“The successful first LNG ship-to-ship bunker operation in the port of Visby is the result of intensive preparation by Nauticor’s team, its partners and authorities,” notes hard Schröder, Director Finance & Operations of Nauticor.

“The team of Nauticor is convinced that cooperation between first movers, suppliers and users, and the support from the authorities in charge is the key to establish LNG as fuel for shipping.”

With a tank capacity of 7,500 m³ Kairos is the world’s largest LNG bunker supply vessel. Nauticor chartered the Kairos via the joint venture Blue LNG from the owner Babcock Schulte Energy, where Nauticor has a 90 % share and Lithuanian energy infrastructure provider KN (Klaipedos Nafta) has a 10 % share.