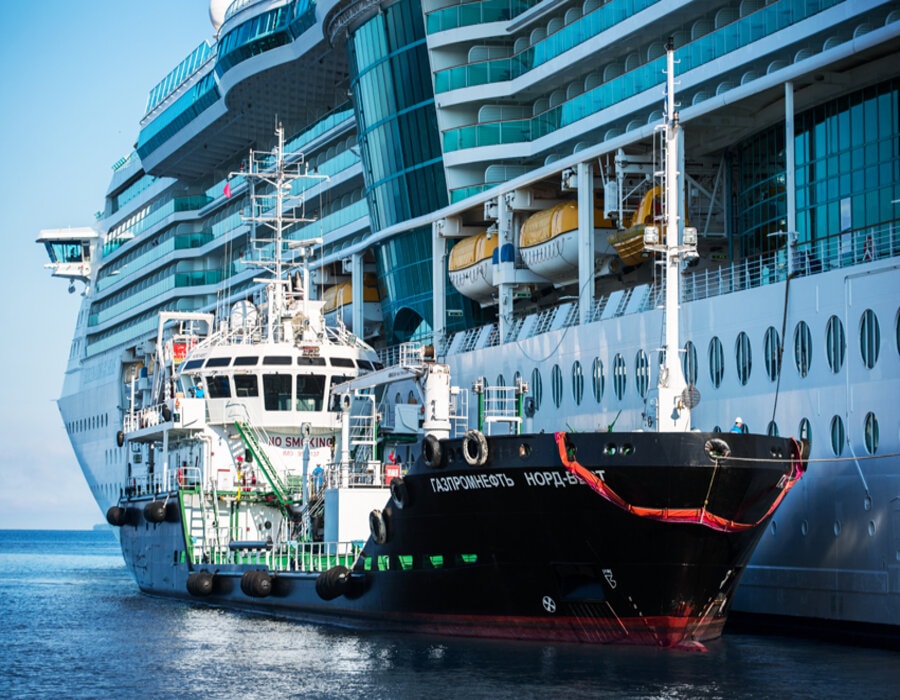 Gazprom Neft on Thursday (22 July) said its Moscow Oil Refinery has begun producing marine fuel with reduced sulphur content for use on both domestic and international shipping routes.

The first batch of 10,000 metric tonnes (mt) was shipped by the operator of the bunkering business of Gazprom Neft – Gazpromneft Marine Bunker – to consumers in the port of St. Petersburg. It is planned that by the end of 2021 the Moscow Refinery will produce up to 100,000 mt of hybrid marine fuel, which is produced according to the company’s own recipe.

The production and blending of hybrid marine fuel with a sulphfur content below 0.5% has so far been carried out at the Omsk Refinery and at the Gazpromneft Marine Bunker fuel terminals in St. Petersburg and Novorossiysk.

By the end of 2020, Gazprom Neft increased sales of low-sulphur and ultra-low-sulphur marine fuels by 3.5 times – up to 1.1 million mt thereby meeting over 20% of the Russian shipping market.

The production of modern fuel was the result of the Moscow refinery modernisation program. For the production of new fuel, additional control and measuring equipment was installed, and 400 meters of pipelines were installed.

Anatoly Cherner, Deputy Chairman of the Gazprom Neft Management Board:

Gazprom Neft was one of the first in Russia to bring to the market low-sulfur marine fuel that meets global environmental requirements. Due to their high quality and optimal recipes, our products are in stable demand and are supplied to most Russian ports. The development of the production of new hybrid fuel by the Moscow Oil Refinery, following the Omsk Oil Refinery, gives us the opportunity to optimize logistics and expand the geography of sales, thus providing the Russian maritime transportation market with additional volumes of high-quality domestic product.

Fuel MNPZ in quality and technical indicators corresponds to the environmentally friendly fuel produced by the Omsk Refinery, which is one of the main elements of the product basket of our company. The new fuel supply channel will strengthen the resource base of Gazprom Neft’s Arctic projects and meet the market needs in the key regions of the company’s operations.

For those who miss the action of the bunker industry while on holiday, many locations offer a complimentary bunker barge or two patiently waiting on the horizon.