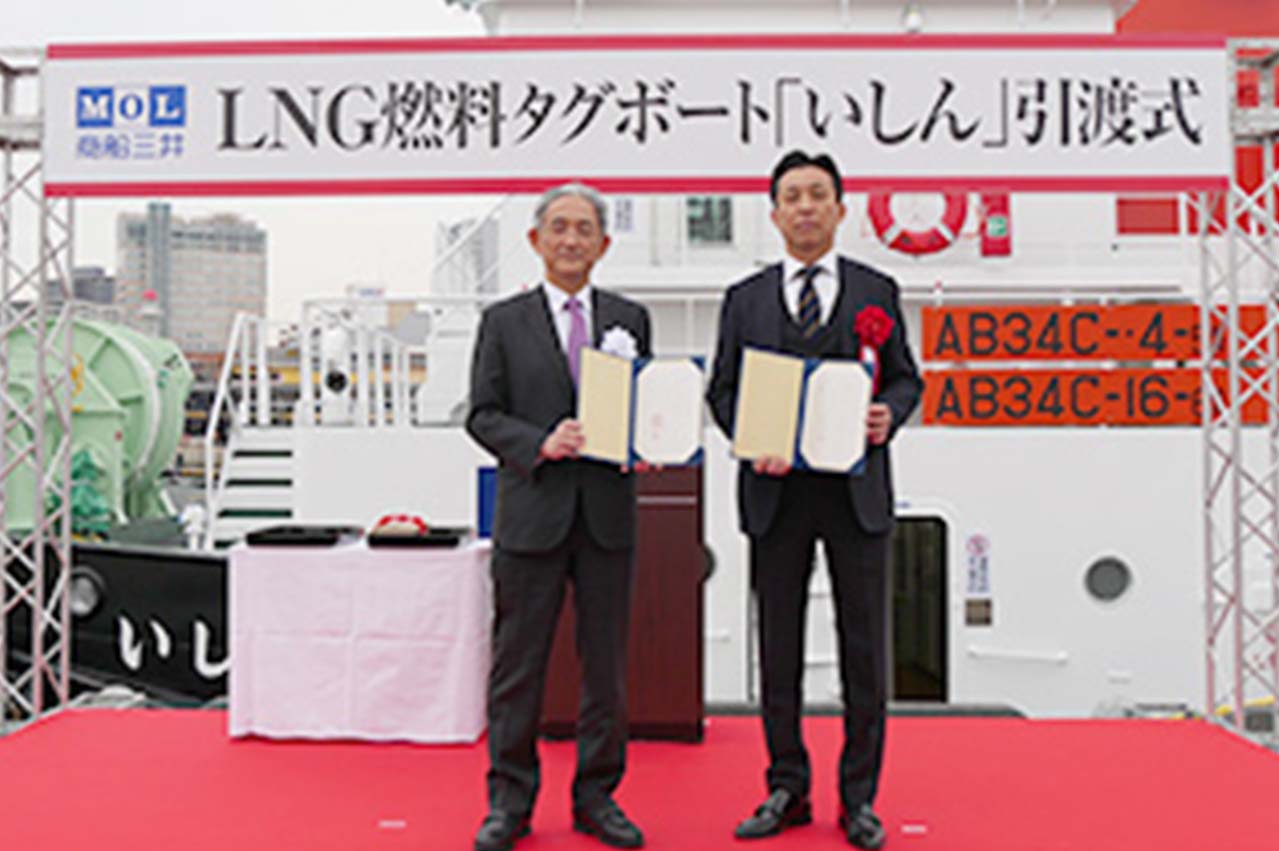 The Ishin is the first LNG-fuelled tugboat in western Japan and will be operated by MOL Group company Nihon Tug-Boat Co., Ltd. The LNG fuel was supplied by Osaka Gas Co., Ltd using a truck-to-ship LNG bunkering procedure at Sakai Senboku Port.

It will escort large-size freighters during port calling in/out operations; the vessel is also Japan's first tugboat built to conform to the IGF (International Code of Safety for Ships using Gases or other Low-flashpoint Fuels) code.

The Ministry of Land, Infrastructure, Transport and Tourism (MLIT) has issued Ishin a top rating of four stars in its environmental performance and energy-saving rating program for Japan's coastal ships.

“The Ishin is powered by two advanced 6EY26DF dual-fuel commercial marine engines manufactured by Yanmar Co., Ltd. and features a removable LNG fuel tank mounted on the exposed deck at the stern of the ship,” said MOL.

“This enhances convenience in bunkering, maintenance, and inspection.

“The image of the Ishin, designed with extensive use of green motifs and four stars featured on the fuel tank, represents the tug's four-star achievement under the MLIT's energy-saving rating scheme, and conveys MOL's initiatives on reducing environmental impact by LNG fuel.”

Moving forward, MOL Group said it plans to accumulate know-how on LNG-fuelled vessels through the operation of the Ishin.

Other participants in the project include POSCO, EK Heavy Industries, MyTek, Valmax Technology, and Seoul Line; vessel delivery expected by 2021, it said.

Vessel is currently under construction at the Shin Kurushima Toyohashi Shipbuilding facility at Toyohashi.