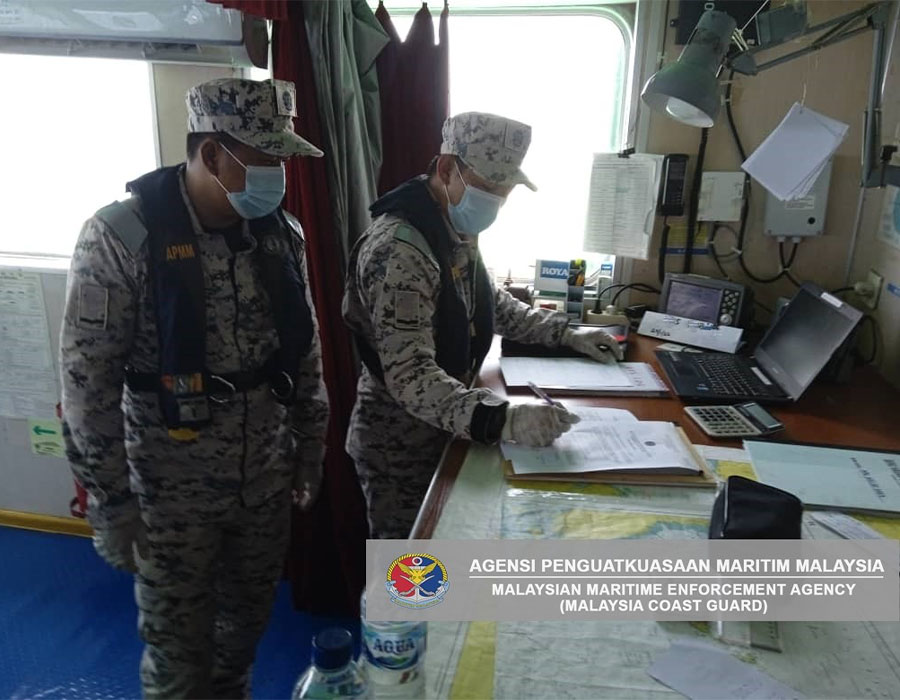 The 39-meter-long tanker was controlled by six Indonesian crew aged between 25 to 58 years, all with legal self-identification documents.

An inspection of the ship documents found it’s Captain not obtaining any documents the Malaysian Sea Director for permission to anchor.

As such, the vessel was brought to the Tanjung Sedili Maritime Zone Office for investigation under Section 491B(1)(l) of the Merchant Shipping Ordinance 1952.

The MMEA official, meanwhile, said another patrol discovered a cargo ship at 30.7 nautical miles east of Tanjung Sedili at 1.33 pm on Sunday (31 January).

An initial inspection found the 120-meter ship not having any license to anchor; it was manned by 20 Indonesian crew aged between 21 and 47 who have valid self-identification documents.

All crew including vessel have been arrested and will be investigated under Section 491B(1)(l) of the Merchant Shipping Ordinance 1952. If found guilty, individuals may be fined not exceeding RM 100,000 or face an imprisonment term of not more than two years, or both. COVID-19 measures had no significant impact on the Russian bunker market as most bunkering companies were running normally, says Argus Media.