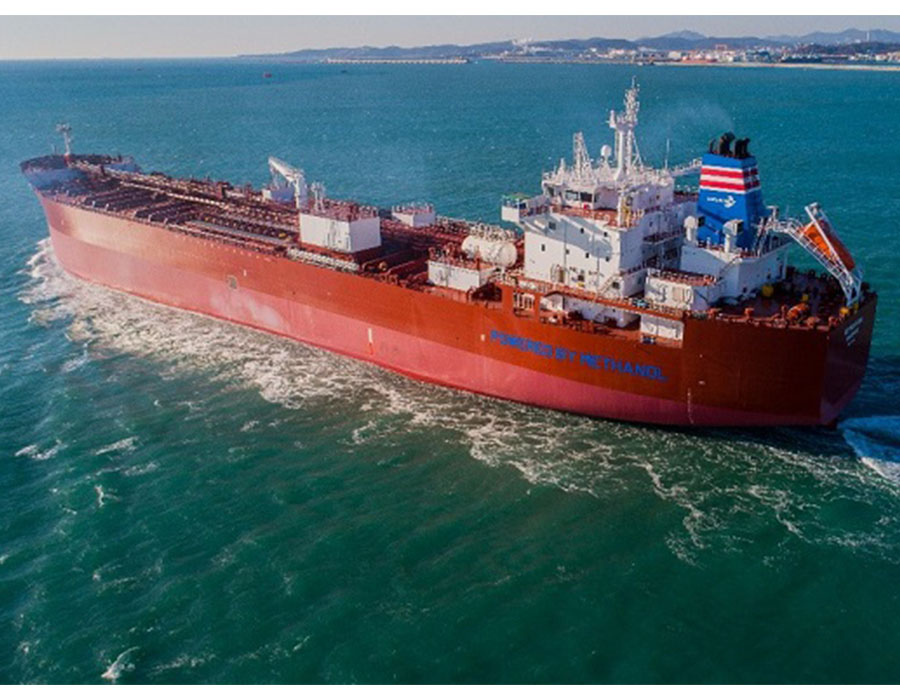 The vessel was built at Hyundai Mipo Dockyard in Korea.

Seymour Sun has been equipped with a dual-fuel engine that can use not only heavy fuel oil but also methanol.

Furthermore, when navigating using methanol as fuel, the vessel has a new technology that suppresses the production of nitrogen oxides (NOx) by adding water to methanol to lower its temperature during combustion.

As a result, the vessel can comply with the IMO’s stringent Tier III NOx emission standard and contribute to environment-friendly transportation without the need for an exhaust gas recirculation (EGR) system and a selective catalytic reduction (SCR) device.

Under the management of NYK Shipmanagement Pte. Ltd., an NYK Group company, the vessel will be engaged in a long-term charter contract with Waterfront Shipping Limited, which is a subsidiary company of Methanex Corporation, the world’s largest methanol producer. Corporate exercise to discuss Banle Energy acquisition to be completed by the first quarter of 2019.