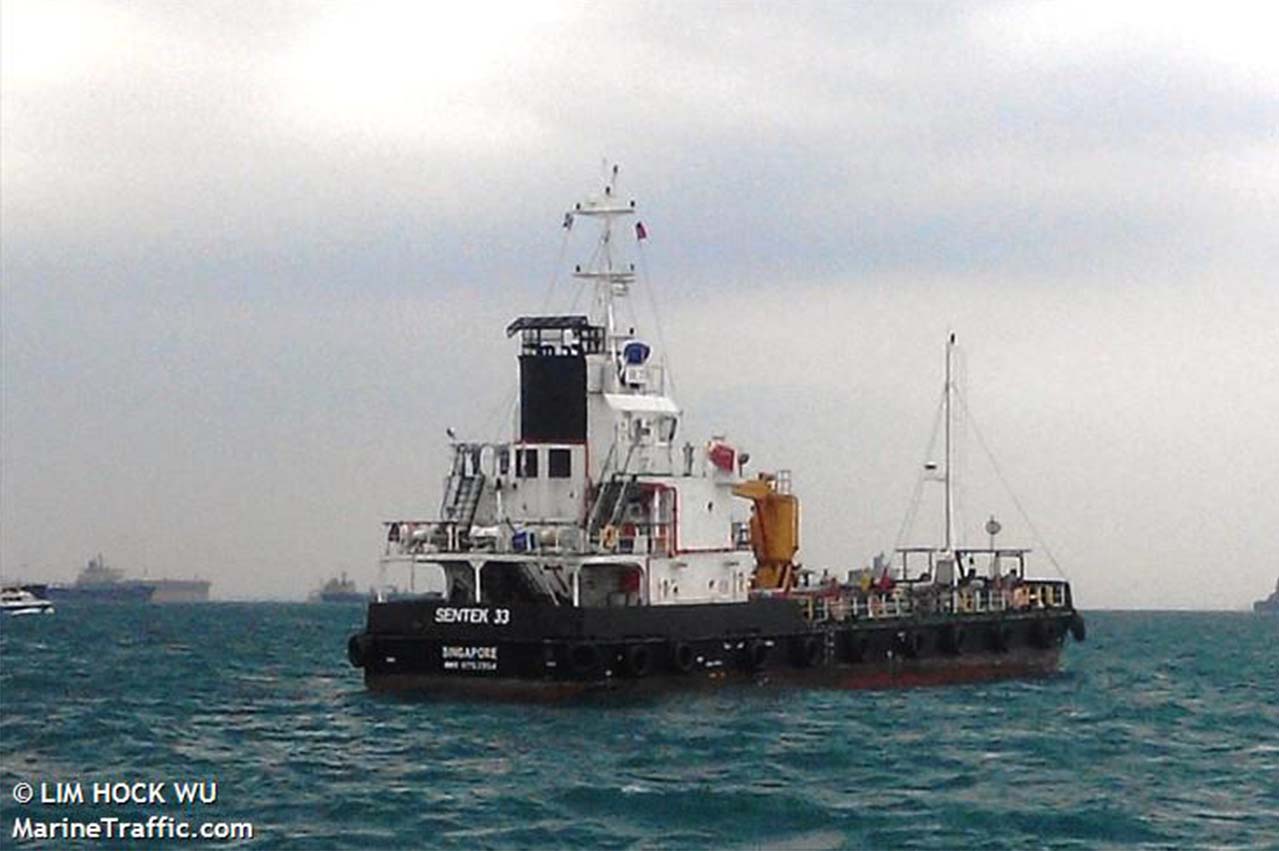 The Sentek 33 was located alongside fishing vessel FU YUAN YU 677 on Sunday, 4pm (local time) at about 3.6 nautical miles southeast of Tanjung Penyusup, Pengerang when the incident happened.

The bunker tanker failed to produce proper permits to authorities for carrying out the activity in Malaysia waters.

“During inspection, the China-registered ship, FV FUYUANYU 677, with 11 Chinese national crew aged 28 to 50 onboard was found to be receiving fuel, believed to be Marine Gas Oil (MGO), from MT SENTEK 33,” said MMEA in a statement, as quoted by New Straits Times.

“MT SENTEK 33 that was registered in Singapore was ferrying seven crew comprised Indonesians, Myanmar nationals and Singaporeans aged between 28 and 69.

“During checks, captains of both vessels failed to furnish permits to anchor here and carry out STS.”

The case will be investigated under Section 49 1B(1)(k) of Merchant Shipping Ordinance 1952 for failing to inform the Marine Department director of STS activity in Malaysia waters, and Section 49 1(B)(1)(l) of the same act for anchoring without permission.

“If found guilty, (vessel owners) could face (maximum) fine up to RM100,000 and two years’ jail,” said a MMEA spokesman.

“The case will also be investigated under Fisheries Act 1985 as it involved a fishing vessel operating here without approvals in accordance to the act.”