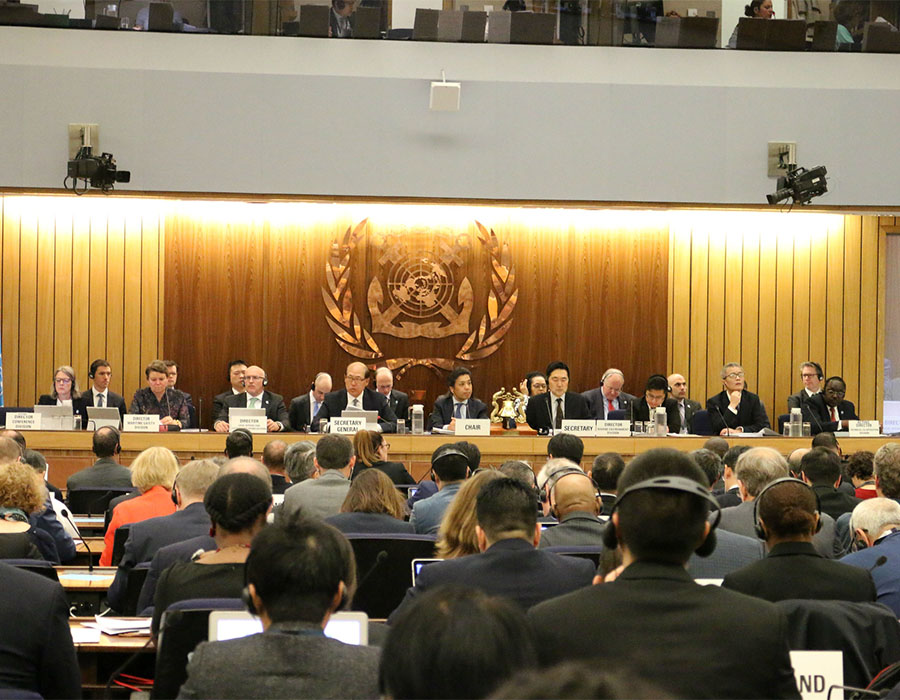 The International Chamber of Shipping (ICS) on Monday (22 November) said a critical meeting of the Marine Environment Protection Committee (MEPC) will be held by the global shipping industry’s UN regulator this week.

The meeting will decide whether to go ahead with a USD 5 billion R&D fund – the ‘IMO Maritime Research Fund (IMRF)’.

The 174 governments will meet at the International Maritime Organization (IMO) in London to address the pressing carbon emission reduction challenges facing international shipping, in what industry is calling the ‘first litmus test’ of government’s decarbonisation commitments following COP26.

Paid for entirely by the industry, at no cost to governments or taxpayers, the fund would be used to accelerate the rapid increase of Technology Readiness Levels to ensure zero-carbon fuels can be used on large ocean-going ships.

If approved, the R&D fund is expected to be up and running by 2023, with the ability to put large numbers of zero-carbon ships in the water by 2030, making net zero shipping by 2050 a reality.

Esben Poulsson, Chairman of ICS said: “If governments do not support the IMRF, we have to ask the question… why?”

“The fund is a ‘no brainer’. Something you’d have thought governments would jump at to send a clear message to the world that they are serious about achieving their climate goals.”

A proposal for the IMRF was first put forward in 2019 and is now supported by major shipping nations including Denmark, Greece, Japan, Panama, Singapore and the United Kingdom, plus developing nations such as Liberia, Nigeria and Palau, who collectively represent the majority of the world’s shipping, said ICS.

However, the IMRF needs regulatory approval from the majority of governments attending MEPC for the mandatory R&D contribution system to be passed, which will be funded by collecting USD2 per tonne of marine fuel consumed by ships trading internationally.

Guy Platten, Secretary General of ICS said: “This really is the first ‘litmus test’ on governments’ commitments to decarbonisation since COP26.

“The USD 5 billion R&D fund provides governments with the opportunity to prove that their words have meaning, and they are serious about the transition to a zero-carbon sector.

“At COP 26, governments announced many plans, but we need to ensure we have the necessary zero-carbon technologies to actually make this happen. Importantly this needs to be for all and not just the few, as the R&D Fund provides.”

Despite widespread calls during COP26 for global shipping to decarbonise completely by 2050, a goal which the shipping industry fully supports, ICS fears that some governments may raise procedural obstacles to the establishment of an R&D fund, it said.

This is due to suspicions that collaborative action benefiting global CO2 reduction efforts might negatively affect what governments perceive to be their national or regional interests.

A comprehensive impact assessment was conducted to placate these concerns, and it demonstrates the negative effect on national economies will be virtually zero.

Effort is led by U.S. Commodities and Futures Trading Commission (CFTC) and probes will include Trafigura’s operations in South America, reports The Guardian.

WinGD’s latest NOL for Talusia Universal means the cylinder oil is compatible for any IMO 2020 compliant fuel such as LSFO, VLSFO, ULSFO and LNG, it said.

MOU will see the exchange of technical information and human resources to drive progress on matters like improving the energy efficiency existing ship index.

All seven Myanmar crew failed to submit any valid self-identification documents when examined by the Malaysia Maritime Enforcement Agency, it said.