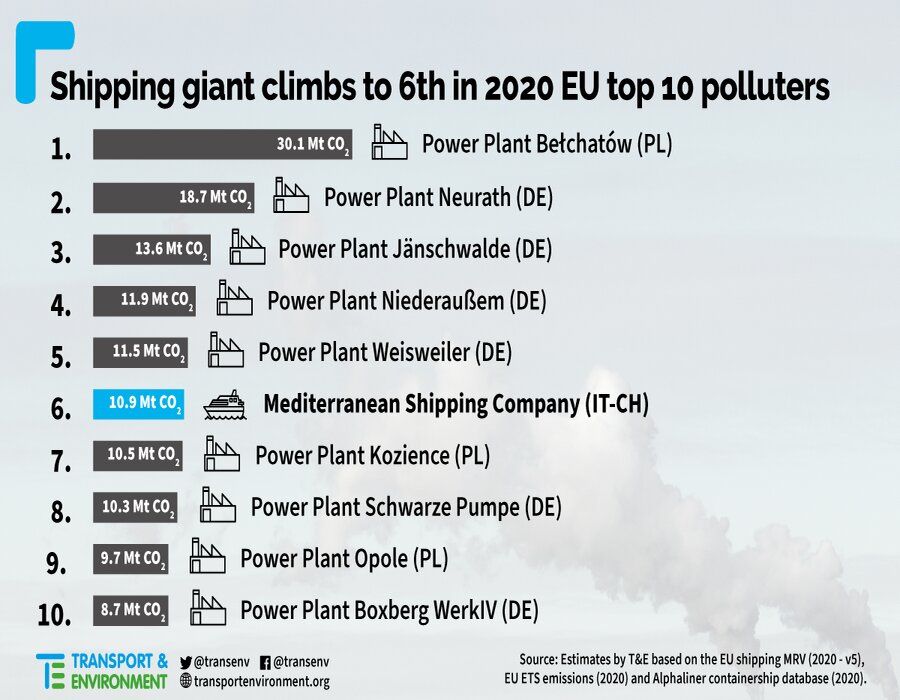 Europe’s biggest shipping polluter steamed through the pandemic unfazed, according to official EU emissions data. The Mediterranean Shipping Company (MSC) rose to 6th place in the ranking of EU carbon emitters if shipping was part of the bloc’s emissions trading system.

Transport & Environment (T&E), which analysed the data, said the EU must clean up the industry by making shippers both pay for all their pollution and start using green fuels on European routes.

Jacob Armstrong, shipping officer at T&E said: “For the third year running, the biggest shipping emitter has climbed the top 10 of Europe’s largest polluters. It’s emblematic of an industry that doesn’t pay a cent for its pollution. That a ship operator is overtaking coal plants shows that business as usual isn’t working. We need an EU carbon market that makes shipping pay for all its pollution.”

The vast majority of the five biggest shipping companies’ pollution, ranging from 65% to 79%, was on voyages between European and non-European ports. Later this month the European Commission will announce whether companies should have to start buying pollution permits and using green fuels for these extra-European routes, which account for most of European shipping’s climate impact.

Jacob Armstrong said: “Anything less than a carbon market covering extra-European voyages lets the biggest shipping companies off the hook and leaves smaller operators who sail mainly within Europe to pick up the tab. It would also forfeit ETS revenues that could be reinvested in greening the sector.” 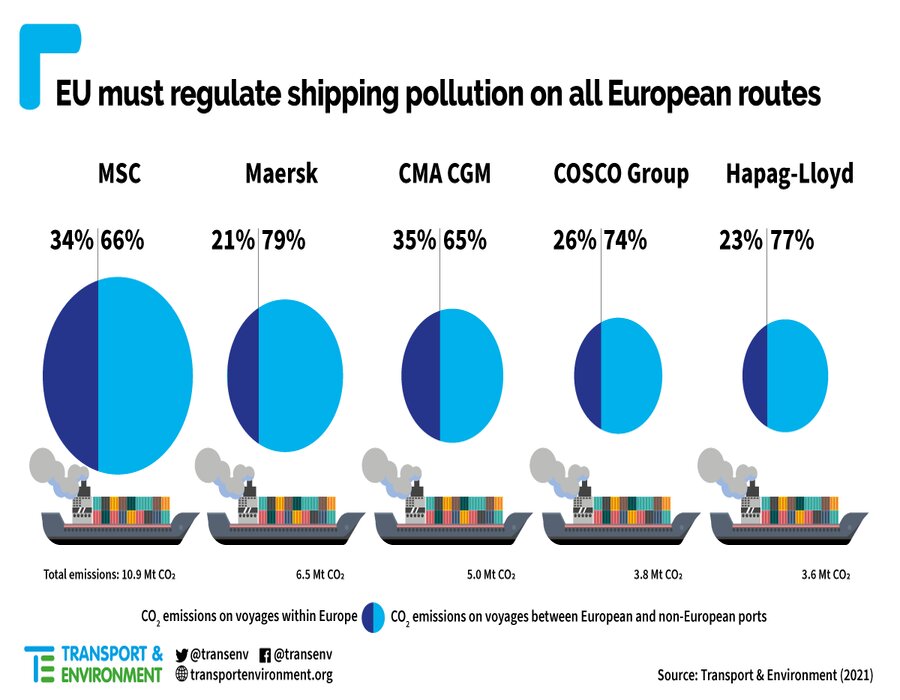 On 14 July the Commission is expected to publish proposals to include European shipping in the EU carbon market (ETS) and establish the world’s first sustainable fuels mandate for ships (Fuel EU Maritime Regulation).

Initial goal is to procure bunker fuel for Cargill and Maersk Tankers’ combined fleet, while aiming to attract additional customers in the coming months.

Bond’s proceeds will be used solely for the purpose of funding environment-friendly projects.

The industry doesn’t want to decarbonise just to be compliant. We recognise the biggest threat is climate change [...] and we want to be proactive, said Director.