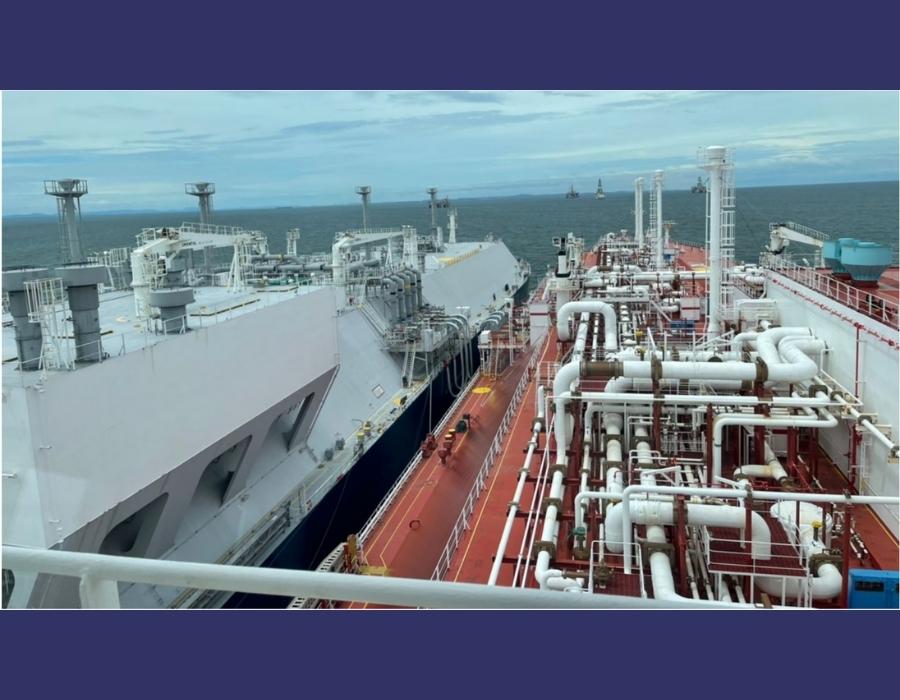 This event marks the first LNG STS transfer to take place in Labuan.

Victoria STS (Labuan) Sdn Bhd Chief Executive Officer Benjamin Bernard Bijion, said: “We have successfully completed the STS operation on 13 October without any reported injuries to personnel or impact on the environment.”

“Various scenarios were considered, and this was achieved through the collective and collaborative efforts of all parties involved in the operation, with the cooperation and support ofVictoria’s customers.”

Labuan Corporation Chief Executive Officer Hj Rithuan Ismail, said: “Witnessing the first STS transfer in Labuan waters, O&G is not a new activity in Labuan but there is a need to diversify the O&G activities. We, from the Labuan Corporation, fully support the STS operation as we believe it will have a spillover effect on the economy of Labuan.”

“The last two to three years have been a struggle. So we see this as a catalyst in flourishing the local economy such as crew hiring, service sector, boat/ship/vessel leasing, supply of raw material, and purchase of small equipment and needed supplies from the island.”

Victoria Bay is strategically located along international shipping and energy trade routes. Straits’ vision is to develop Labuan as one of the largest transhipment hubs in Asia. The STS hub is also strategically located within the vicinity of Labuan Liberty Port which is managed and operated by Megah Port Management Sdn Bhd (“MPM”), a 51% owned subsidiary of Straits.

New office is designed and conceptualised as an educational, interactive and collaborative space for green initiatives, said the global container shipping company.

Forms JV firm with Guangzhou Shipyard International and ME Production to manufacture scrubbers.