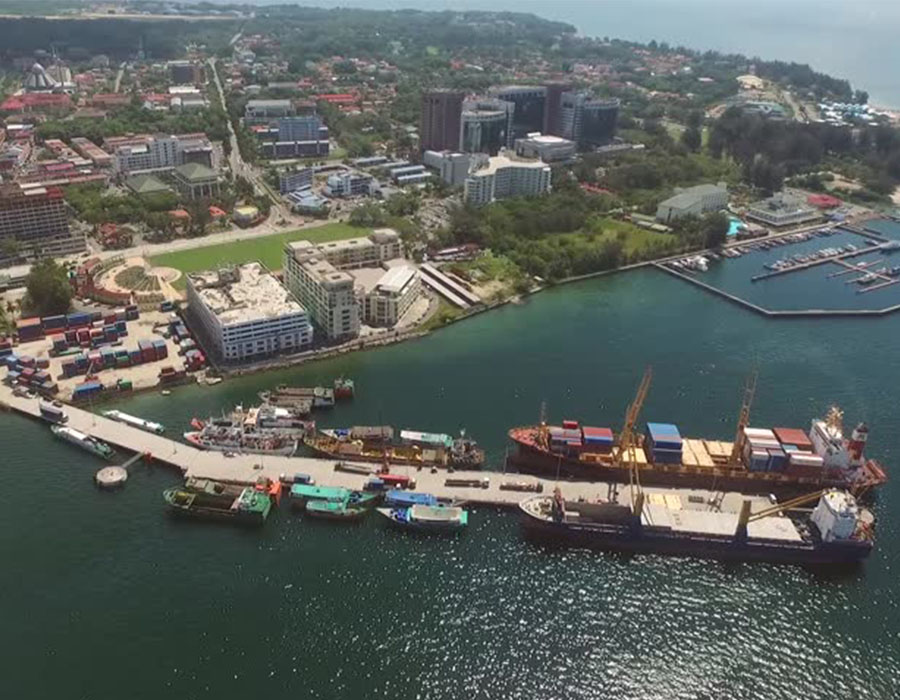 The Labuan Phase 3 standard operating procedures (SOP) introduced on 4 August has proved unfavourable to the maritime sector, amongst others, of the Malaysian island, states the newly-formed Labuan Economic Sector Coalition (LESC).

On Wednesday (11 August), the coalition expressed grave concerns on the prospects facing Labuan due to unfair application of new SOP requirements, which are causing shipping firms and related major economic sectors to slow down or completely halt their activities on the island.

This is despite the fact that Labuan is first among territories and states in Malaysia to have fully-vaccinated over 80% of its population and achieved herd immunity, they said.

LESC lead facilitator Ts Daniel Doughty said that import and export difficulties in Labuan started on July 16 when all visiting local and foreign ships were required to stay in quarantine for a minimum of 14 days to a maximum of 21 days.

Merchant ships have shown reluctance to visit Labuan to avoid paying substantial charges triggered by a prolonged stay at the port due to the quarantine rule.

The new SOP has also disrupted the supply chain security for more than 3 weeks despite marine transportation being included in the essential services by Majlis Keselamatan Negara (MKN).

As a result, parts and machinery supplies as well as oil and gas production are affected, while ship yards are burdened with losses of contracts and delay penalties.

Appeals to the District Disaster Management Committee (JPBD Labuan) and Federal Territory Ministry by various parties at Labuan have also been left unresolved, and shipping SOP requirements that were updated have not been favourable despite Labuan successfully moving on to Phase 3 of the National Recovery Plan.

“All of this disappointment and frustration can be easily solved if JPBD Labuan is willing to have a dialogue with the stakeholders and formulate a winning SOP for all parties, and also recognise that we cannot expect to have an SOP to fit all types of business operations,” commented Ts Daniel.

“It does not work and the impact in the long run, is towards the Labuan community and not just the businesses.”

He explained, “with SOP phase-3, these vessels are subjected to 7-day quarantines and crews have to undergo RT-PCR test after every completed trip. One round trip which takes 1 to 3 days, involves zero contact with personnel at jetties and platforms/rigs.”

“Therefore, these vessels which perform supply run dedicated for the oil and gas industry should be exempted from repeated quarantine and RT-PCR tests.

“Before signing on, each crew has already completed a 14-day quarantine with 2 swab tests thus they should be safe in their respective green bubbles. These phase-3 SOPs are a significant interruption to the supply runs and consequently the national oil production.”

Notably, MASA representative James Ong pointed out Port Klang was not subject to similarly applied SOP requirements, despite being located in Selangor which is still in Phase 1 of the National Recovery Plan.

“The stringent SOPs currently in place would have been necessary when Labuan was still deep in the pandemic two to three months ago. However, Labuan’s situation has greatly improved thus the introduction of these SOPs are outdated,” said Ong.

Coalition Member, Megah Port Management Managing Director Tan Sri Mohd Bakri Mohd Zinin echoed MASA’s dismay on the discrimination against Labuan and warned that if the government did not take action quickly, the oil and gas sector here could come to a grinding halt.

“Vessels with Labuan-consigned containers have shown reluctance to make a stop at Labuan and have chosen instead to discharge their cargo at the nearest ports such as Sandakan and Kota Kinabalu. There, they are able to get port health clearance to dock without quarantine as well. Some shipping firms have even decided to halt their activities here because of the unfair Labuan condition,” he said.

“It is ironic that hundreds of lorries and drivers can enter the island from Sabah (human contact) each day while ships with far less crews (with no human contact) are restricted and forced to quarantine,” said Mohd Bakri.

Tan Sri Mohd Bakri added that the situation is worrying because at the end of the day, the problems of shortages and rising costs of imports would trickle down to the consumers in Labuan.

LESC has formally requested a dialogue session with the relevant authorities and has expressed their willingness to be proactive and help shape up a winning SOP. At the time of the announcement, they have yet to receive a response.

An emergency online meeting was held on 11 August among LESC members to formulate a consensus on the way forward, and most importantly to begin documenting the past and future impacts due to the unconsulted, rigid SOPs that was created by the authority.

“The shipping industry and O&G sector is presently the most significant pillar of the local economy, as this is the main source of income and livelihood for most of the people in Labuan while the tourism sector is still inactive,” concluded the Coalition’s lead facilitator Ts Daniel.

“We urge the federal government and relevant authorities to address and solve this matter immediately, before it inevitably deals a severe blow to many other essential sectors in a chain effect.”

The staff members have been placed on leave since July after being named in disputes between banks and other commodity trading firms, reports Bloomberg.

Bunker suppliers in the world's third largest bunkering hub Fujairah in the UAE are concerned rising oil prices are weighing on marine fuels demand at the port.

Additional propulsion power from wind can reduce vessel's GHG emissions by approximately 5% to 8% compared to conventional ships of the same class.