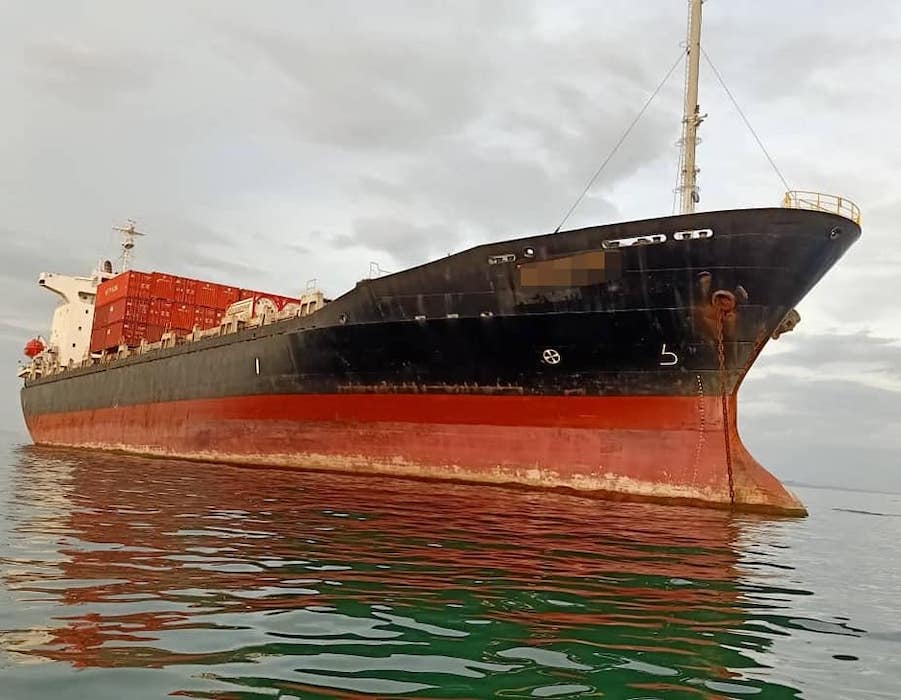 In an official statement, Penang State MMEA Director Captain Hamizan Harun said the 15,639 dwt  vessel was operated by 20 crew members, consisting of 6 Chinese nationals, 7 Filipinos, 4 Indonesians, 2 Burmese and 1 Malaysian. All on board are between 22 to 56 years old.

Further investigations revealed that they were suspected of committing an offense under section 491B(l) of the Merchant Shipping Ordinance 1952 for anchoring in a non-anchorage area without permission, according to an MMEA official statement.

If found guilty under section 491B(l) of the Merchant Shipping Ordinance 1952, those convicted may face a fine of up to RM 100,000 or a jail term of up to two years or both, according to Captain Hamizan.