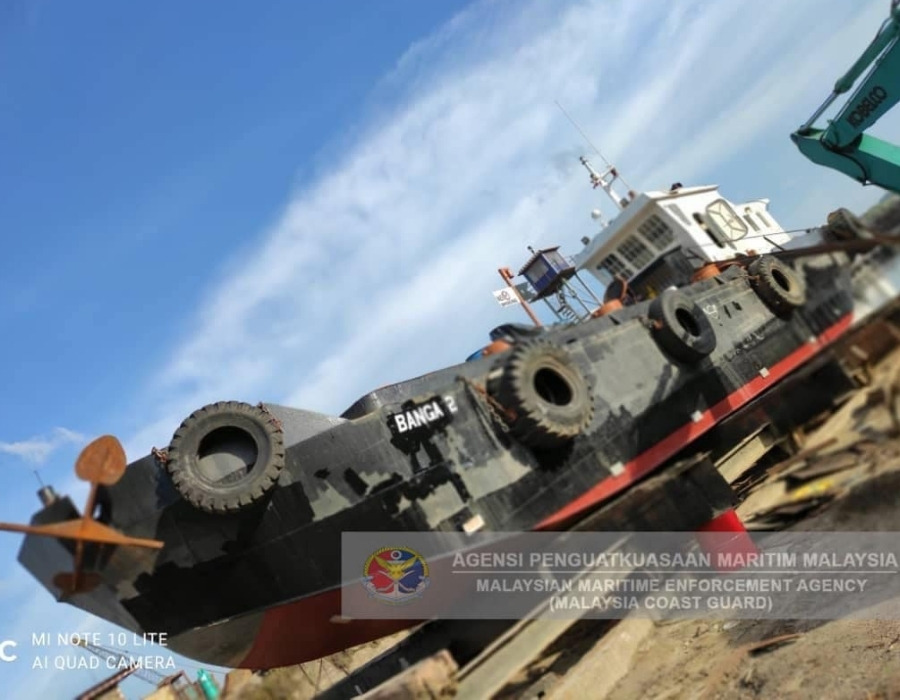 A search and rescue operation has been activated by the Kuching Maritime Rescue Sub-Centre for a missing crew member of a tanker that was reported to have sunk in Samalaju waters about 40.2 nautical miles northwest of Bintulu, Sarawak in Malaysia.

Bintulu Maritime Zone director Captain Mohd Khairol Anuar bin Saad said Kuching MRSC received a report at 10.53am on Saturday (2 July) that the Banga 2 vessel, with four crew members onboard, had sunk in the waters of Samalaju, according to the Malaysian Maritime Enforcement Agency (MMEA) on the same day.

He said three crew members were rescued by a boat that was coincidentally nearby and taken to land while one Indian crew member, identified as Himanshu Kumar, went missing.

“According to the crew members who were saved, their ship was hit by a storm and a five-metre wave with a wind speed of 50 knots while anchored in the waters of Samalaju, at about 2am, causing it to sink.

“Three victims, two locals including the captain and one Indian national, managed to get on the life raft but the other crew member is believed to have drifted away from it,” he said.

He noted KM Setia which is currently in Bintulu waters has been mobilised in the search and rescue operation. Port has ensured continuous fuel supply to enable it to function 24/7 with no disruptions in shipping, logistics operations and services, said Hambantota International Port Group.

DNV will team up with Singapore’s leading infrastructure developer Surbana Jurong and the Singapore Maritime Academy (SMA) for the study.