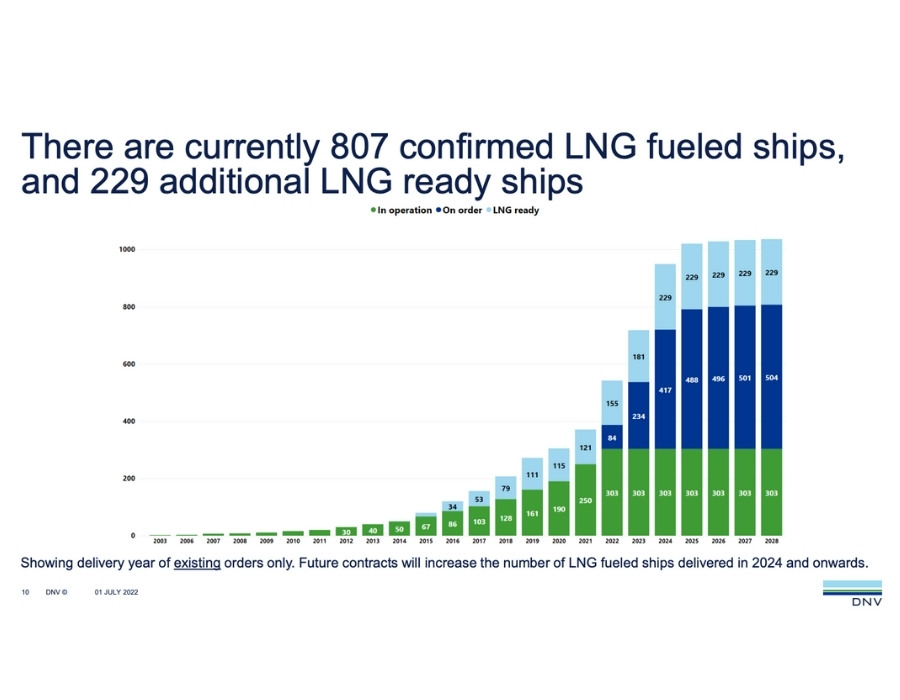 Classification society DNV on Monday (4 July) said growth in LNG-fuelled ship orders slowed significantly in June but says it is likely to be a “bottleneck rather than a trend”.

According to the latest figures from DNV’s Alternative Fuels Insight (AFI) platform, six vessels were added in June but due to an adjustment of a previously reported CV order, the net growth in June stopped at only two additional vessels.

Commenting on the figures, Martin Wold, Principal Consultant in DNV’s Maritime Advisory business, said: “Halfway through 2022 the YTD (net) count for new LNG fuelled vessel orders stands at 153. Though we have predicted a slowdown of orders for the remainder of the year, the very low June growth is likely to be a bottleneck rather than a trend. There are many tens of DF (dual-fuel) vessels for which signing is reported to be imminent.”

“Seventy-eight percent of orders for LNG fuelled tonnage this year have been container vessels and car carriers and continued growth this year will depend on newbuild activities in these segments. With an orderbook to sailing fleet ratio of five and 10 respectively for LNG fuelled container vessels and car carriers, it says a lot about the transformation the LNG bunker industry will go through in the next couple of years.” 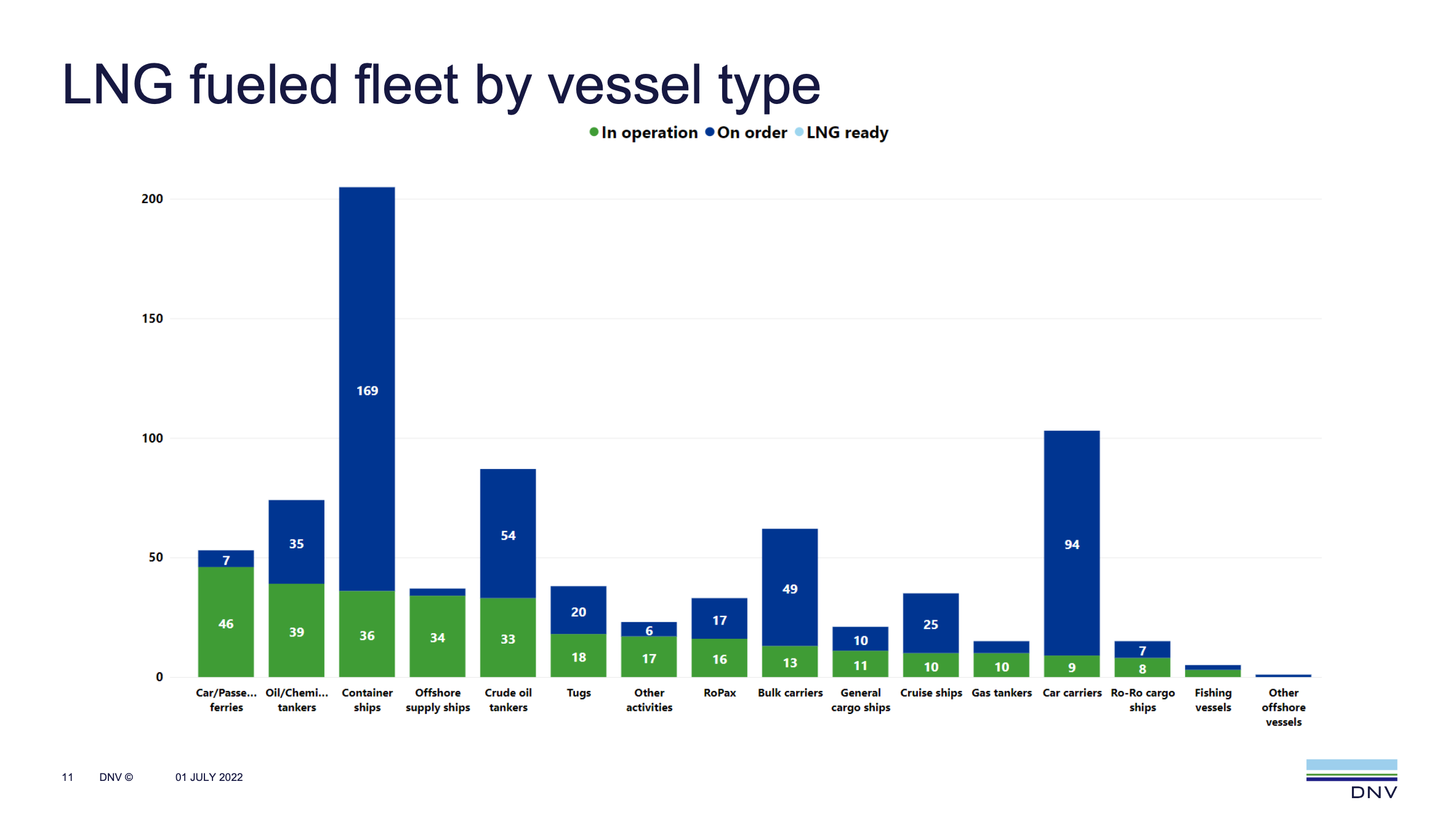 Key features include bunkering without tug assistance, and compatibility with a wide range of vessels at heights ranging from 3m to 23m above water level.

Carnival Corporation has agreements to build nine LNG-powered cruise ships for delivery between 2018 and 2023.

Martin Crawford-Brunt cautions a single fuel for the maritime industry may end up representing a danger to decarbonisation and is not the solution some seek.