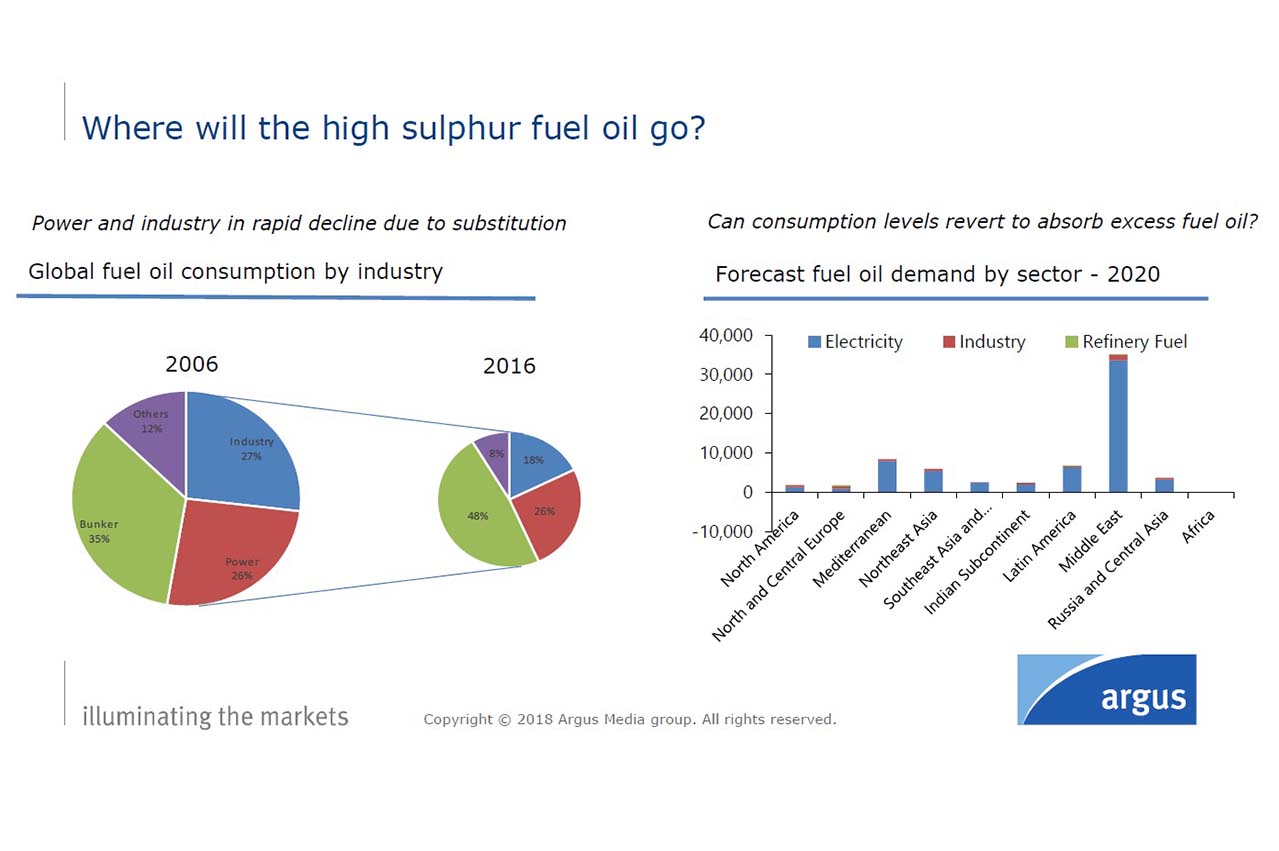 “Bunkers is by far the largest market for HSFO and it has been steadying increasing its share,” says Matt Wright in the Argus Media webinar on Wednesday (9 January).

“Displacing this market creates a huge surplus for this material most of this is likely to end up in the power generation sector and we expect Middle East to be a key market here where there is a lot of direct crude burnt in the power sector.

“But for HSFO to be competitive in this sector globally it will be need to be priced to parity to coal, which takes us onto pricing.”

According to Wright, the HSFO crack will need to fall significantly to compete with coal to chare the market.

“Middle distillate and gasoline cracks are expected to strengthen due to an increase in demand from the bunker market,” he notes.

“While we are confident there will be disruption, the unknown is for how much and for how long. As a guide to what it might look like we can turn back to 2008 where the gasoil crack spiked to over $50 per barrel and this was due to a shortage in distillate capacity.

“Now, arguably the refining sector has greater flexibility than it did then but this is still a useful reference point for what might happen.”

Moving forward, he expects HSFO to eventually return into the bunker pool even though scrubber adoption by shipowners are lower than International Maritime Organization (IMO)’s expected rates.

“Producing compliant fuel is a challenge and many refiners will need to adjust operations and increase crude runs,” says Wright.

“The HSFO crack will fall significantly and middle distillates will strengthen. It remains to be seen how significant this strengthening will be.

“The market will manage the crisis and eventually return to an equilibrium.”

IBIA: The end of the world as we know it

The region was dominated by geo-political events in 2017 which created tremendous impact on the shipping and oil industry, recalls Trading Manager of Ennero.