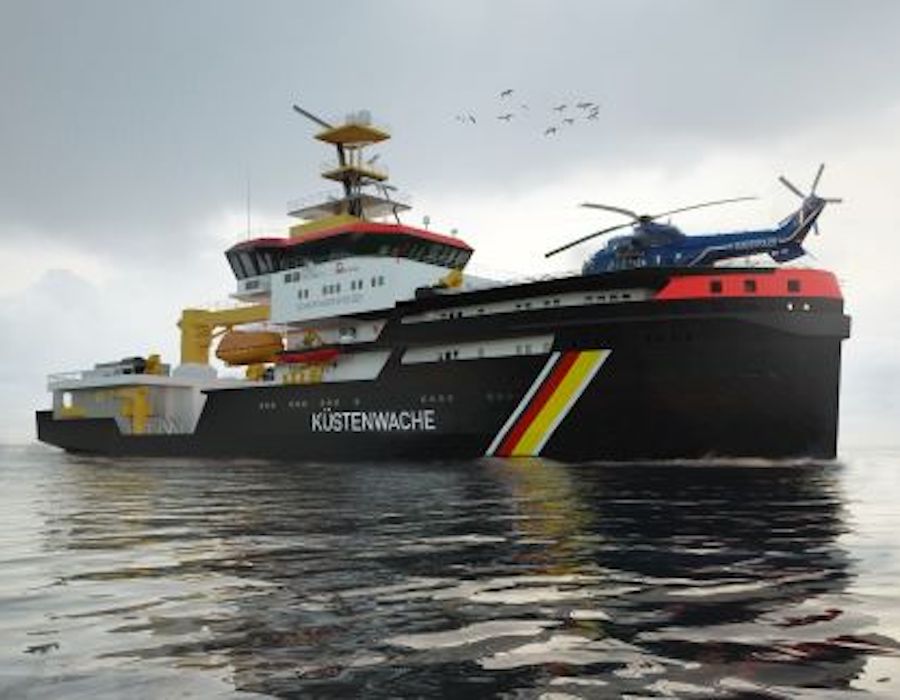 The shipbuilders of this project, Abeking & Rasmussen (A&R) in agreement with Bundesanstalt für Wasserbau (BAW), appointed LR as the classification society, it said.

These next generation vessels will be capable of performing a number of tasks, such as emergency towing, fire-fighting, buoy tendering as well as oil recovery and chemical recovery operations.

One of the many innovations is the ship’s propulsion concept with LNG as a single fuel, notes LR.

Early design screening of the LNG fuel gas system layout together with many more independent verifications of the initial design concept were performed prior to the final award of the classification contract to LR, it adds.

Due to the ship’s variety of special duties the system design and on-board integration is complex.

For chemical recovery operations the ships are designed for a gas safe operation using a citadel concept to protect the crew from hazardous substances, says LR.

It adds that the  combination of an LNG as single fuel propulsion concept with the special operational duties listed above makes these ships novel with unique features.

“This is a significant achievement for the LR team as these ships will push the boundaries of flexibility and innovation.”

LR notes the design and engineering phase is underway and construction scheduled to begin in 2021 with the ships due to be delivered in 2023.

Immediate accommodation for thousands of Malaysians, who make daily border crossings to Singapore to work in petrochemical companies needs to be coordinated.

DNV GL Maritime CEO highlights the urgency of adopting alternative bunker fuels such as gas immediately, rather than waiting for the ‘perfect’ fuel option to reduce GHG emissions.