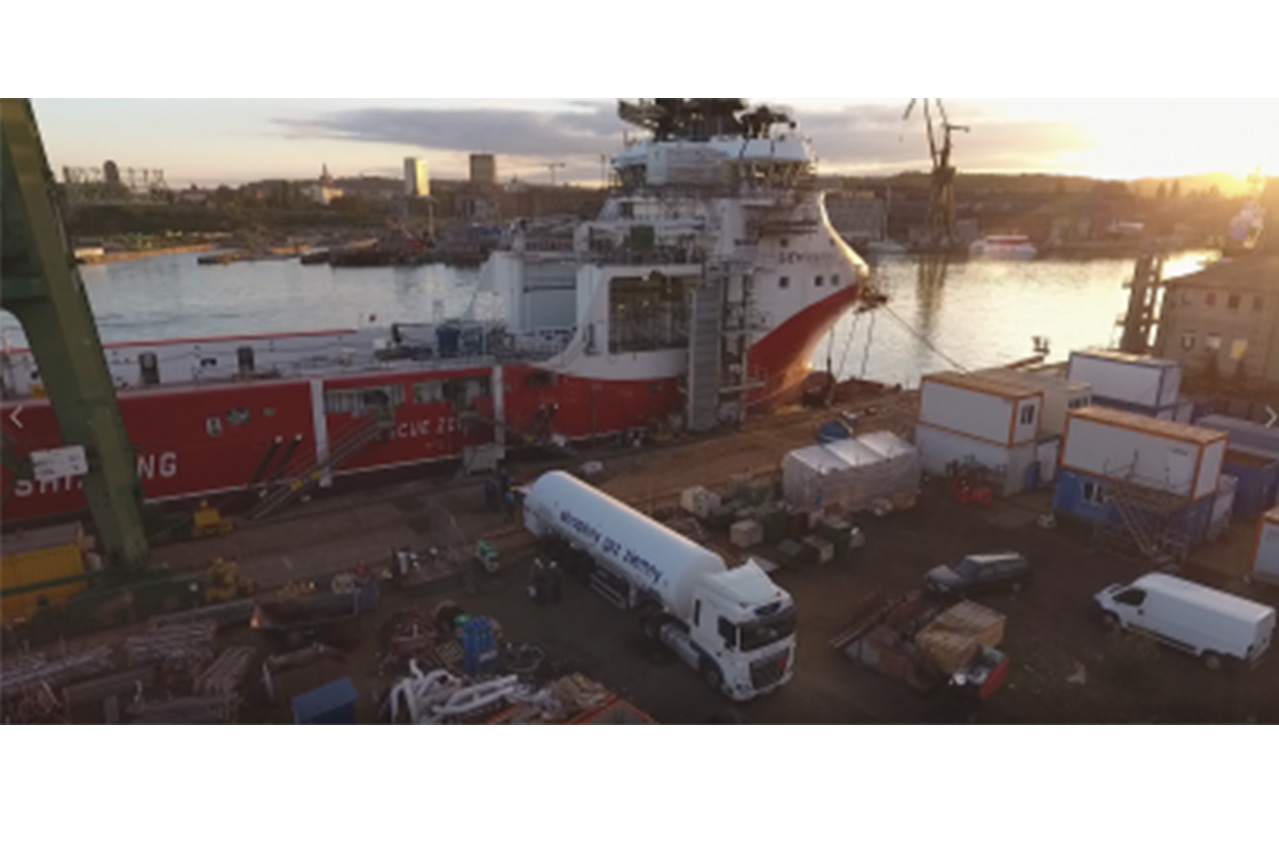 “The LNG terminal gives us very wide opportunities to use price-competitive natural gas, imported from various sources,” said Maciej Wozniak, vice president of the management board of PGNiG SA.

“We are convinced that the popularity of this ecological fuel will increase in the next years.

“Bunkering of ships with LNG is not only about ecology but also about business with optimistic development prospects for both companies.”

LOTOS Asphalt and PGNiG Obrot Detaliczny have both worked together for over a year by performing more than 30 LNG bunkering operations at the Stocznia Remontowa shipyard in Gdansk, Poland.

“The cooperation of both State Treasury companies is in line with the Plan for Responsible Development prepared by the Ministry of Development.”

The country of Poland, meanwhile, is making plans to establish a base LNG bunkering network at the ports of Gdansk, Gdynia, Szczecin and Swinoujscie by 2025 as part of the National framework for the development of alternative fuels infrastructure, says PGNiG.

In January, Grupa LOTOS and Remontowa LNG Systems have signed a letter of intent regarding the construction of a pilot LNG distribution system that explores the concept of using LNG containers for bunkering ships through a set of valves and pumps built into a 40-foot container.

“LOTOS is engaging in an increasing number of projects in the field of alternative fuels,” said Mateusz A. Bonca, acting President of the Management Board of Grupa LOTOS SA.

“We know the Polish fuel market, including the one for shipping, therefore cooperation with PGNiG regarding LNG trade is part of the development strategy our capital group.

“LOTOS strives to become a leader in the implementation of new generation alternative fuels, including CNG and LNG.”

Trial of the blend supplied by BP was successful and showed no significant differences in operations or any malfunctions that could lead to a breakdown.

First vessel scheduled for delivery by end of 2023, with second one due a year later; both are built at the Rauma Marine Constructions yard in Finland.

Wison will also become a minority equity shareholder in Pilot, though further details are not publicly available at this time.