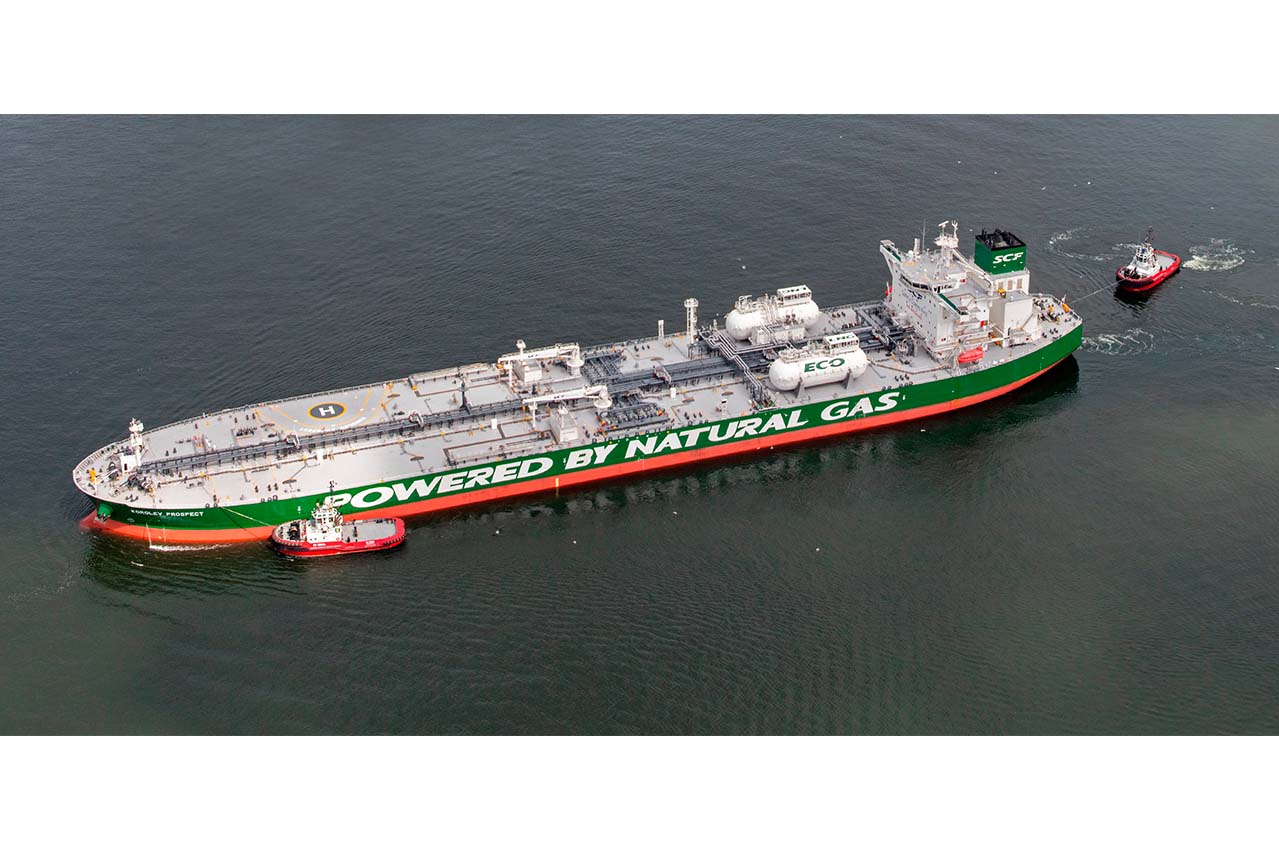 She is expected to become the first such large-capacity crude oil tanker to travel the entire length of the Northern Sea Route using only cleaner-burning LNG fuel, informs the company.

The tanker is delivering a cargo of crude oil from the port of Murmansk to China. The journey along the NSR, from Cape Zhelaniya to Cape Dezhnev, will take about eight days, with vessel moving at the expected average speed of 12 knots.

While transiting from the Laptev Sea to the East Siberian Sea, the vessel will follow the ‘Tikhonov’ deep-water route that lies north of the New Siberian Islands, which was first opened for commercial shipping in 2011 by SCF’s tanker Vladimir Tikhonov.

To date, Sovcomflot has six LNG-fuelled crude oil tankers in operation, including Korolev Prospect, and five more under construction.

‘K-DISC wishes to promote use of LNG as fuel in the fishing sector,’ says strategic think-tank and advisory body.

A world first, it has succeeded in recovering 100% of evaporated gas from a system demonstration facility.