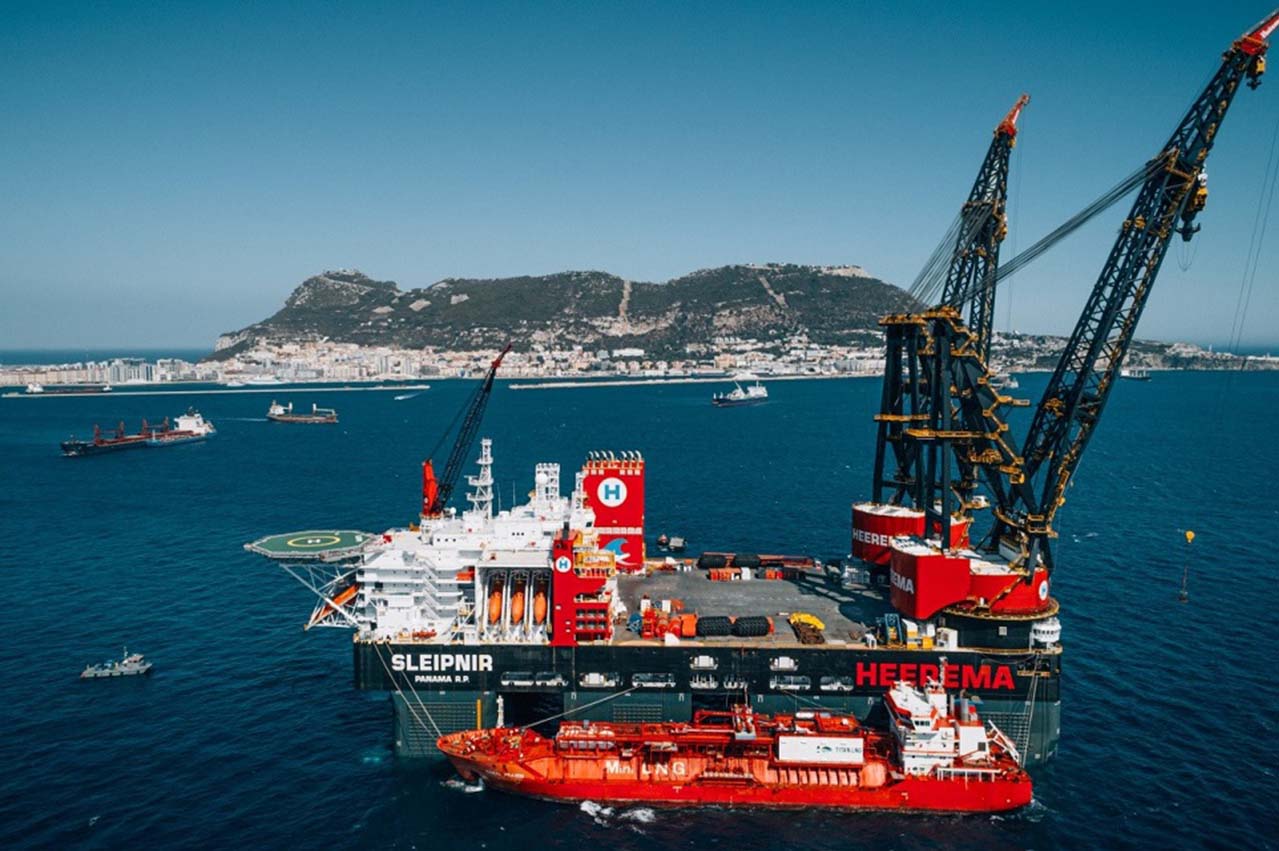 A total of almost 3,200 metric tonnes (mt) of LNG was transferred to the eight bunker tanks of the Heerema Marine Contractors owned Sleipnir.

The SSCV anchored on the western side of Gibraltar on 23 August 2019 after leaving Singapore on the 5 July 2019 as a new build, briefly calling at Cape Town, South Africa on 2 August before heading to the Mediterranean.

Whilst at anchor in Gibraltar, the Sleipnir carried out a number of operations which included crew changes, spares, stores and LNG bunkering.

The LNG bunker was supplied by the LNG carrier Coral Fraseri owned by Titan LNG which arrived specifically to deliver the LNG to the SSCV. The SSCV Sleipnir left BGTW on 30 August at around 2020 hrs bound for Israel.

The LNG bunkering operation was only allowed after key personnel from both vessels met with a team from the Gibraltar Port Authority (GPA), including the Captain of the Port, his Deputy, Senior Officers, Bunkering Superintendent and the Pilots.

The meeting was held at the Port’s office with the aim of ensuring that all relevant safety protocols were in place and all GPA criteria was met.

“We thank the Port of Gibraltar for their support and are proud of our STS team and the crew on board the Coral Fraseri,” commented Niels den Nijs, CEO Titan LNG.

“The operation was performed in the sheltered bay helping to make this a safe, efficient and smooth operation.

“We thank Heerema for their trust and cooperation that made this a successful bunkering operation in Gibraltar.

“We look forward to supplying Heerema with more LNG in the future to fulfil Titan’s mission of lowering harmful emissions from the marine and industrial sector.”