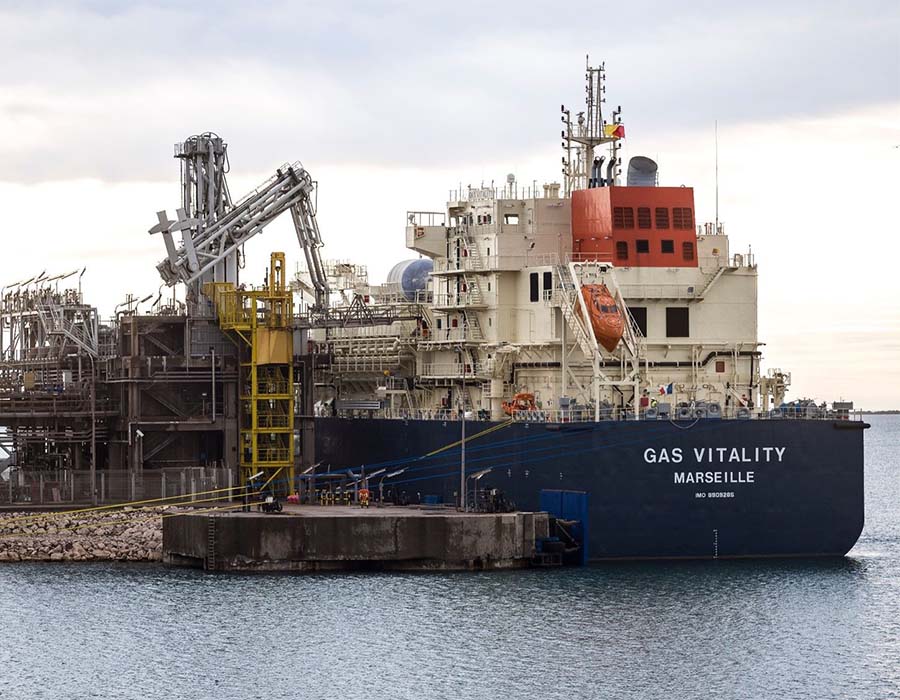 The vessel is expected to undergo its inaugural bunkering operation in due course, informs TotalEnergies in a social media update on Monday (3 January).

Gas Vitality underwent a naming ceremony at the Hudong-Zhonghua Shipbuilding in China during late October.

Classed by Bureau Veritas and operated by V.Ships France under the French flag, the Gas Vitality will be based in the Port of Marseille-Fos, Southern France, to serve the Mediterranean region. GGI will be the owner and operator of the first Malaysia flagged 12,000 cubic metre LNG bunker vessel that is expected to be delivered in 2H 2022.

GTT’s LNG Brick® technology to be outfitted on a large range of LNG-powered commercial vessels.

Vitol Bunkers customers will be offered opportunity to cancel emissions associated with any given cargo through the overlay of Verified Emissions Reductions.

Rodolphe Saade, Chairman & CEO of CMA CGM Group, explains the company’s 22,000 TEU LNG-fuelled newbuildings will bypass all ports, but one, for bunkers.