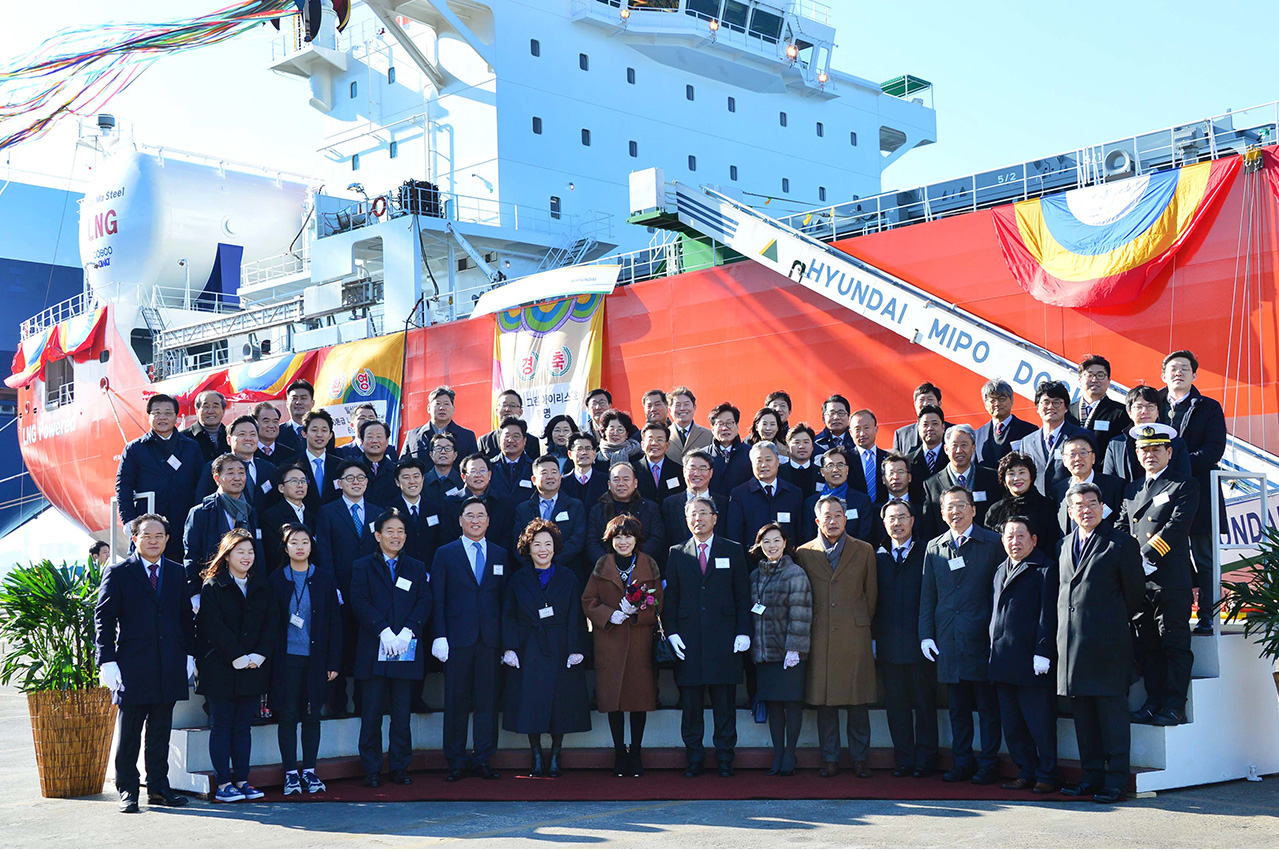 The Green Iris will be used to transport limestone used by South Korea’s POSCO, from the East Sea port of Gangwon Province to its Gwangyang Works facility from the beginning of 2018.

The 50,000 deadweight tonne (dwt) vessel is currently the ‘largest’ in existence, says the multinational steel-making company headquartered at Pohang.
It noted the vessel’s LNG fuel tanks to be made of high manganese steel, which has never been done before.

“The high manganese steel used in the fuel tank of this ship is able to withstand temperatures of -196 degrees celcius, which is not only suitable for storage and transportation of LNG but also has excellent weldability compared to nickel steel and aluminium alloy,” says POSCO.

It is the first time high manganese steel has been used in such an application, after 10 years of research since the late 2000 period.

“In recent years, the demand for LNG tanks is expected to increase dramatically as international shipbuilders are expected to increase the amount of LNG-propelled vessels by strengthening environmental regulations on ships' emissions of sulphur oxides, nitrogen oxides, and carbon dioxide,” notes POSCO.

Conoship: ‘Great progress’ being made for CO2 capture from exhaust of LNG-fuelled ships