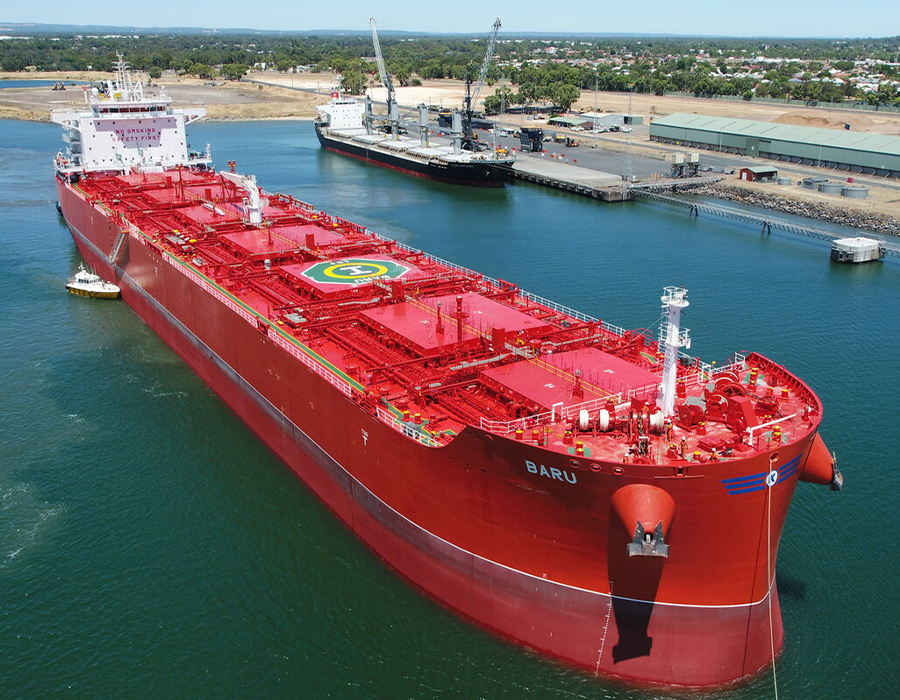 Oslo-based fleet operator Klaveness Combination Carriers ASA (KCC) on Monday (27 September) said it has completed a 30% biofuel testing operation aboard its CLEANBU MV Baru on her voyage from the Netherlands to Brazil.

The development was conducted as part of KCC’s ongoing efforts to gain technical and commercial experience with biofuels.

“We are pleased with the outcome of this test and will continue exploring biofuels possibilities going forward. We believe biofuel will be an increasingly important measure over this decade for the shipping industry to reach its carbon reduction targets,” comments CEO Engebret Dahm.

As highlighted by the EU Commission’s FuelEU Maritime legislation proposal, regional, and potentially global regulations, would require shipowners to increase the share of renewable/low-carbon fuel in the mix.

If adopted, FuelEU Maritime will require a gradual improvement of carbon intensity of energy used onboard its vessels from 2025 (2%) up to 2050 (75%), says KCC.

AiP is important in further verifying readiness for commercialisation of Azane’s proprietary ammonia bunkering terminals prior to commencing construction.

The litigation at a Zhoushan City court was among other developments highlighted in a quarterly update.

Source of theses organic chlorides could be from chemicals used in engine air coolers and cleaning agents used in the dry-cleaning industry.

The MT Vinga Safir completed her first bunker deliveries for Monjasa on 2 July 2018.