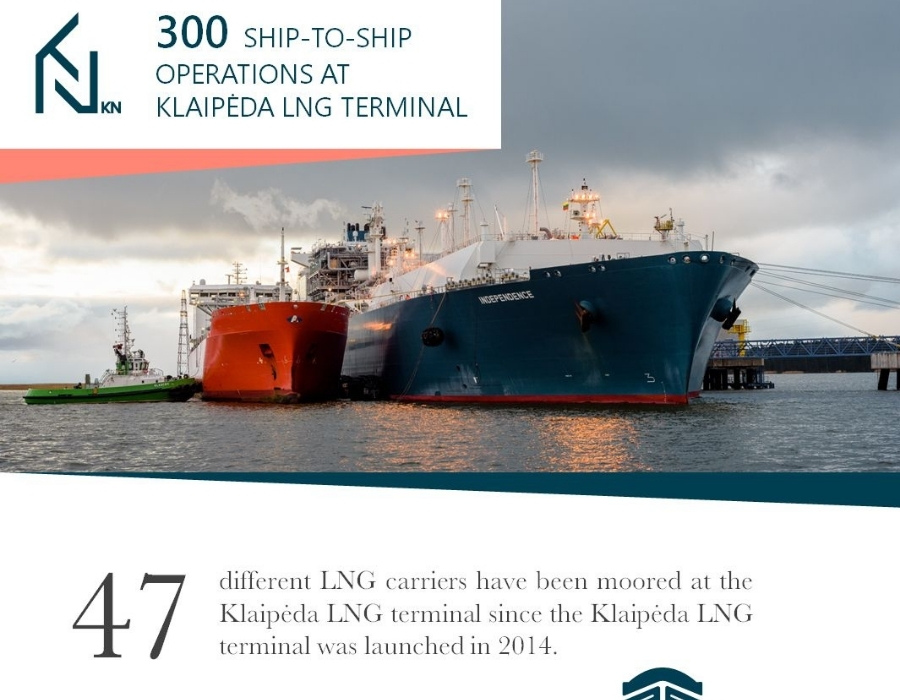 During this almost 92 months of operation, Klaipėda has been visited by dozens of gas carriers of different names from different parts of the world, which have delivered gas not only to customers in Lithuania, but also to customers in many other countries in the region, it said in a social media post.

“We would like to thank our customers and partners for the almost eight-year journey, and a special thanks to our colleagues at Höegh LNG and the entire KN team for ensuring safe and reliable terminal operations!,” said the terminal operator.

In 2020, Manifold Times reported LNG-powered vessels coming to Klaipeda port can be bunkered through three procedures at various port loading terminals from LNG tanker-to-ship, from terminal-to-ship in a custom CNG operated LNG distribution station and from ship-to-ship.

Notably, the LNG carrier Avenir Ascension in June entered into a three-year LNG Bunkering Supply Agreement with ferry service provider Destination Gotland AB for the supply of up to 40,000 metric tonnes (mt) per annum of LNG as marine fuel for the vessels M/S Gotland and M/S Visby until Q2 2025.

“K” Line is in charge of the technical management of the vessel owned by FueLNG, a joint venture between Keppel Offshore and Shell Eastern Petroleum.