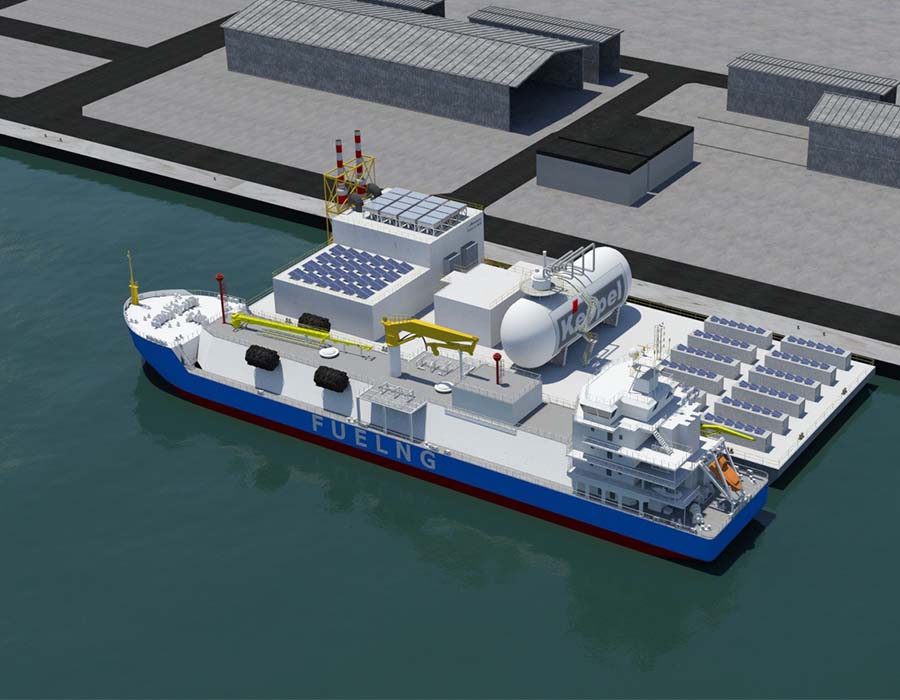 The bunkering facility and its other services, collectively known as the Floating Living Lab (FLL), will be supported by FueLNG, a licensed LNG bunker supplier in Singapore and Keppel O&M’s joint venture with Shell Eastern Petroleum. The FLL will also be able to refuel LNG to FueLNG’s bunker vessel.

The FLL will further serve as a proof-of-concept for Keppel’s proprietary small-scale LNG to power solution which is more economical and sustainable compared to diesel fuelled power generators, says Keppel O&M.

It can be used to meet power demands in areas with limited power infrastructure as well as provide secure power in the event of natural catastrophes.

The FLL will be located off its shipyard and will be able to generate electricity from LNG and other energy sources to meet the needs of its yard in Singapore, with excess electricity to be exported to the national power grid.

The small-scale LNG market is expected to serve up to 100m tonnes of LNG by 2030, for both the power and marine markets, according to a recent report by APEC Energy Working Group September 2019.

Global market revenue for virtual power plants is expected to expand by more than 48% per annum between 2018 and 2028, according to Navigant Research. The FLL can function as a distributed energy solution for this trend of consumers, reducing costs and generating extra revenue.

Vessels that run on LNG to receive an extra discount of 20% each time they call at Gothenburg.

Approximately 11% of all new build contracts in 2017 were for LNG-powered ships, says Titan LNG.