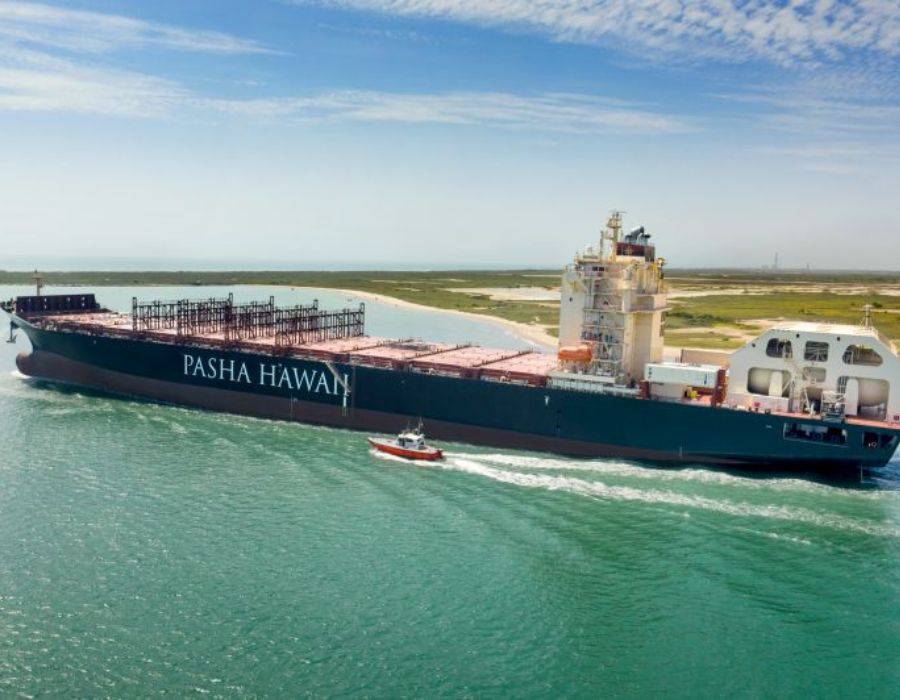 Designed and built by Keppel O&M, the M/V George III was completed with an excellent safety record.

Its engine, optimised hull form, underwater propulsion system, high-efficiency rudder and propeller are amongst the most modern fuel-efficient containership features in the world. The vessel is also the first IGF compliant vessel certified by the United States Coast Guard.

MV Janet Marie, the second LNG-fuelled containership Keppel is building for Pasha Hawaii, is scheduled for delivery in 2022. M/V George III and Janet Marie will be two of the first LNG-powered vessels to serve the West Coast of the United States.

David Wedgeworth, President of Keppel AmFELS, said, “We are pleased to deliver Pasha Hawaii’s first LNG-powered containership, which extends Keppel O&M’s track record in providing solutions for the gas value chain. By working closely with Pasha Hawaii, we were able to resolve operational challenges posed by COVID-19 and deliver the vessel to their satisfaction. Built to Keppel O&M’s proprietary design, the M/V George III exemplifies our engineering and design expertise as well as our in-depth experience in LNG.”

“Keppel AmFELS is the most well-equipped shipyard in the Gulf of Mexico and has an extensive track record in a wide variety of vessels. We are supporting the Jones Act market and are currently building Pasha Hawaii’s second LNG-fuelled containership, as well as other vessels for the offshore wind and dredging sectors.”

George Pasha, IV, President and CEO of The Pasha Group, which is the parent company to Pasha Hawaii, said: “As we welcome the new M/V George III to the Pasha Hawaii fleet, we stand incredibly proud of the perseverance and commitment of our partners at Keppel AmFELS, and the skilled men and women at the shipyard on this tremendous accomplishment. We look forward to beginning service to Hawaii in August and taking delivery of the Janet Marie later this year.”

ETS application to shipping is still under discussion but owners and charterers should start thinking about how they are going to deal with it once it is in force, says Louis Shepherd.