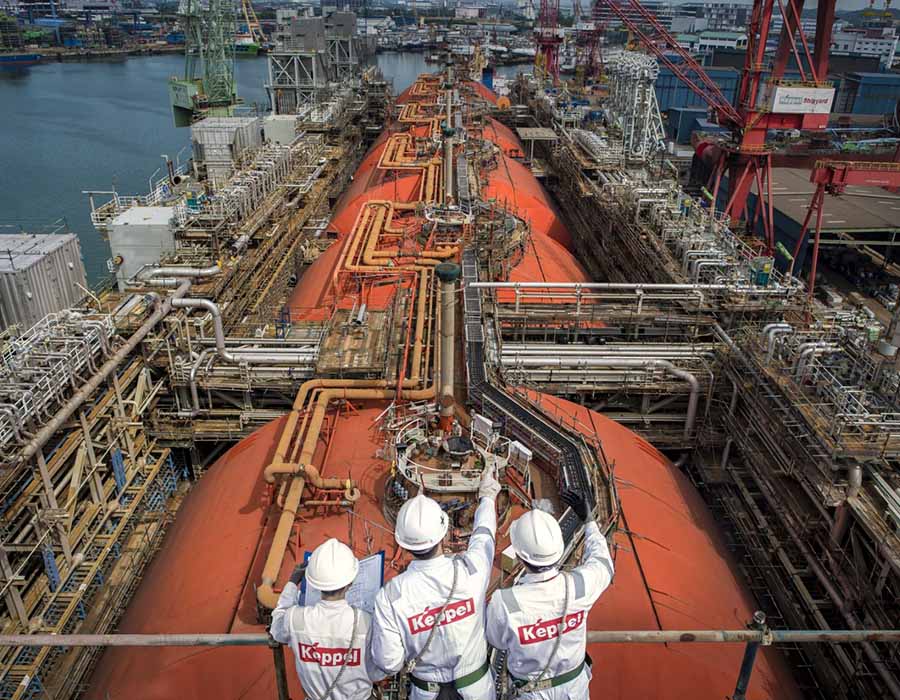 The objective of these discussions is to create a stronger Combined Entity and sustainable value over the long term for Keppel O&M and Sembcorp Marine and their respective stakeholders, in response to dramatic changes in the global offshore and marine (O&M) engineering and energy sectors.

In recent years, there has been a sustained reduction in oil exploration and development activities, which caused a significant reduction in business for the O&M sector.

The prolonged downturn has been exacerbated by the impact of COVID-19, the fall in oil demand and prices in 2020, and the global energy transition away from oil.

In response, several global peers of Keppel O&M and Sembcorp Marine have pursued consolidations to create scale, retain talent, and more effectively use their asset bases. In particular, such actions aim to position these peers for new opportunities arising from the energy transition.

“While the outlook for oil exploration and related activities remains uncertain, the outlook for energy transition is robust, including areas such as offshore wind and hydrogen. The International Energy Agency recently called for worldwide investment in clean energy to more than triple by 2030, to nearly US$5 trillion per annum,” they said in a joint statement.

“As peers orientate themselves to capture these opportunities, so too must Keppel O&M and Sembcorp Marine. Both companies are also pivoting to the renewables sector.”

Concurrent with the MOU on the potential combination, Keppel has also signed a non-binding MOU with Kyanite Investment Holdings Pte Ltd, a wholly owned subsidiary of Temasek, for Keppel O&M’s legacy rigs and associated receivables to be sold to a separate Asset Co that would be majority owned by external investors.

Under the MOU between Keppel and Sembcorp Marine, it is envisaged that Keppel and the Combined Entity will enter into a strategic partnership, pursuant to which Keppel will hold 50% of a 50-50 joint venture that will be established between Keppel and the Combined Entity (Strategic Partnership JV). This would allow Keppel to continue accessing Keppel O&M’s capabilities required for its projects, on terms to be agreed.

After this announcement, Keppel and Sembcorp Marine will undertake mutual due diligence and discuss the terms of the potential combination, which is expected to take several months.

Ocean Tankers has not guaranteed the debts of Hin Leong and intends to carry on its business as usual, says company CEO in a letter.

Singapore bunker fuel sales volume down 5% on year in September